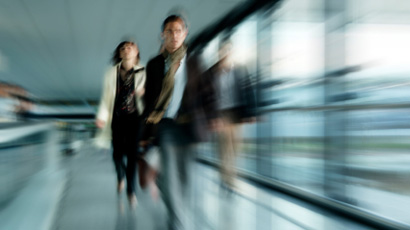 Two new studies are predicting rises in hotel and airline rates and a slightly expanded, but notably sluggish, growth in the corporate travel sector.

Average Daily Rates for hotels are expected to be up slightly (2%) in Europe and North America (3%), and up slightly or flat (1%) in Asia-Pacific

Not surprisingly, last week Visa announced the results of a study run co-jointly with Global Business Travel Association (GBTA), the trade group for the world’s business travel managers. It found that economic turmoil in Europe, slower growth in China, and U.S. unemployment are expected to curb business travel growth in the United States through the end of the year. Businesses appear to be taking a cautious approach to their investment in travel until there is greater economic certainty.

“Corporations are in a wait-and-see mode and holding back on investment decisions that would help boost the economy,” said Michael W. McCormick, GBTA executive director and COO. “While companies aren’t cutting their business travel spend and we’re still seeing very modest growth, we are cautious about the outlook for the next several quarters. The looming ‘fiscal cliff’ is causing even more uncertainty, which we’re monitoring with real concern. This is an economy in need of some good news to shore up business confidence and encourage more travel.”

The report also finds that job composition is different in this recovery compared with previous downturns particularly from the perspective of business travel. Job creation has been concentrated in sectors that are less travel prone. New retail, restaurant, and manufacturing workers tend to travel much less than their business service, financial or utility industry counterparts. As a result, business travel is not getting the bounce from employment growth in this recovery that was typical of past expansions. 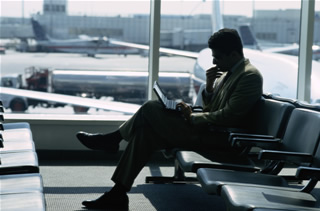 Meanwhile, international outbound travel, which has been a boon to the U.S. business travel industry over the last few years, is expected to slow against the constraints of economic worries in Europe and halting economic growth in the developing world. For example, the volume of both imports and exports to China and the rest of the Far East is projected to slow over the next six quarters, leading to lower levels of business travel to and from the U.S.