Ok, here’s the skinny. A woman makes a reservation through an online agency, say, Cheaptickets.com. The agency sells her and her party air transport from Madrid to Cancun. In the transaction, the customer asks all the right questions, including one with answers that explaining all baggage fees she would be encountering. Satisfied with the deal, the lady bought the ticket. And then the fun began.

The story, as told through the Chicago Tribune, notes the ticket bought was on Air Europa and the luggage fee in question would be a clear and transparent 60 Euros per bag. But when the customer arrived at the check-in counter she was forced to pay 10 Euros a kilo – a fee that amounted to 500 Euros for taking both bags. She also learned her flight would not be on Air Europa, but Iberoworld Airlines.

Forced to pay the overage, you might now introduce the chorus wisdom, should have used a travel agent.

The bait and switch airline routine was just another code share incident in which the customer is left holding the bag. While Air Europa, who contracted the ticket through the online agency, does levy fees of 60 Euros per bag, the masquerading airline, Iberoworld, has a much more expensive plan – one that might not have won the purchasing decision this customer had the fees and airline purveyor, been communicated correctly.

Who’s responsibility is it to pay for the surcharge? In the end and after much wrangling that benefitted from the assistance of a persistent investigative reporter, Cheaptickets coughed up the extra 380 Euros. But it could have just as easily been a mom and pop travel agent, or no one at all.

That’s because agents do not always know who the actual carrier will be and, depending on the airline and its country of origin, not all airlines comply with the fair trade laws of the U.S. and recent transparency policies put in place by U.S. government agencies.

IATA, the International Air Transport Association, hopes to change that. In a recent position paper published by the association, a call was made for all airline members to explain their fees and offer easy to understand menus of their unbundled services to passengers in straightforward ways.

Distribution, which still takes place mostly through GDS systems, have not kept up with the levels, categories and range of information consumers need to make purchasing decisions. At the same time GDS systems often do not accommodate special airline services – a new kind of seat, a lounge privilege, or complimentary transfer amenities, except customer-direct through their websites.

“We see a bottleneck in getting the two parties—customers and airlines—together. There is a real challenge in getting these new products and services to the customers in the way they now want to purchase them while legacy cariers are still using the old structures and networks they relied on in the past,” says Montie Brewer, former Chief Executive of Air Canada and now a Member of the Advisory Board for the travel technology company Everbread. “The current situation is harmful to airlines and the consumer. Airlines are becoming increasingly sophisticated in the types of product they are offering and consumers are becoming increasingly sophisticated in their purchase decisions. The frustration is that these trends are being stymied by the outdated systems of the GDSs.” 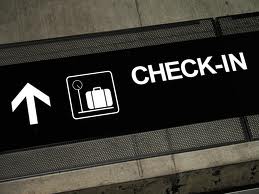 Ancillary revenues are a crucial line of income worth some $32.5 billion to the industry in 2011, according to an Amadeus and IdeaWorks report. That number represents a 43.8% increase over the 2010. Still, at least 50% of the world’s flights continue to be sold through travel agencies, which rely on global distribution sytems (GDSs) to display and compare airline products. And the areas of comparison are limited to some very basic metrics such as price, time, and routing—just as they were four decades ago.

IATA has already begun work with all aviation stakeholders to develop the standards and infrastructure necessary to upgrade and widen the distribution points and bring more transparency to the selling system. The Association promises a five-year project roadmap this year and a full presentation of the business case for airlines. This work will give a better idea of the figures involved. One estimate by LEK Consulting suggests that airlines could be missing out on as much as $50 billion by not offering a full suite of products through the GDSs. “We will set standards so that there is a common way for information to move between travel agents and airlines,” says Eric Léopold, IATA Head of Passenger Services.

But it’s still up to the airlines to determine what products they want to offer and where, says Léopold. “So they can still drive traffic to their website by making certain offers only available at that location. What we’re doing is giving airlines and customers far greater flexibility.”