The thought of boarding a plane sends most would-be passengers into dizzying dilemmas of anticipated discomfort as they gage personal tolerance tiers for pain and claustrophobia.

“Capacity has become a huge challenge for North American airports, with many reporting 100% of available parking spots being filled and large airports, such as Orlando International, setting passenger volume records each month for more than three years straight,” said J.D. Power’s Michael Taylor. “Despite these difficulties, airports are responding with new technology and old-fashioned personal skills to win over harried travelers. These range from smartphone apps that tell travelers where to find a parking spot to therapy dogs—and in one case, a therapy pig—mingling with travelers to relieve stress and improve the overall airport experience.”

Following are some of the key findings of the study: 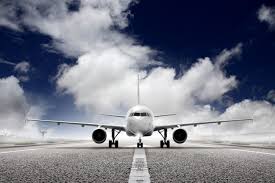 The study is based on responses from 34,695 North American travelers who traveled through at least one domestic airport with both departure and arrival experiences from January through August 2017.