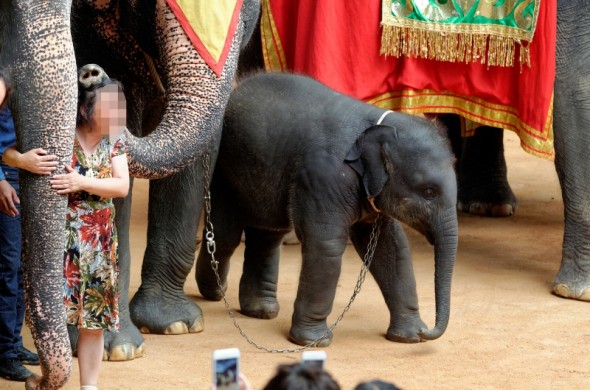 This just in … tourist in Thailand gets trampled by elephant. In fact, this is a headline and a recent one at that as the beginning of February saw a Scottish tourist on holiday in Koh Samui riding an elephant in an elephant came in a must-do activity in Thailand that seemed safe enough. And safe it usually is unless that elephant is in musth. At that point human interactions with these great animals is bad for the human and bad for the beast. Preventable? Absolutely.

A groundbreaking study has found that three out of four wildlife tourist attractions involve some form of animal abuse or conservation concerns, as revealed by World Animal Protection in a new report launched this month.

World Animal Protection believes at least 550,000 wild animals are suffering at the hands of irresponsible tourist attractions around the world. This evidence comes from the first-ever global research into the scale of welfare and conservation of wildlife tourism by University of Oxford’s Wildlife Conservation Research Unit (WildCRU) and commissioned by World Animal Protection.

These welfare abuses may include very young animals being taken from their mothers and beaten and harmed during training to ensure they are passive enough to give rides, perform tricks, or pose for vacation ‘selfies’ with tourists, with the worst venues including bear, elephant and tiger parks and a turtle farm.

WildCRU’s academic review includes analysis of TripAdvisor, the largest online tourist review site, to better understand the awareness levels of tourists visiting these wildlife venues. Of the 50,000 reviews, it revealed that 80% of people left positive reviews for venues with poor animal welfare.

“It’s clear that thousands of tourists are visiting wildlife attractions, unaware of the abuse wild animals face behind the scenes. As well as the cruelty to animals, there is also the very real danger to tourists, as we saw this month with the sad death of tourist Gareth Crowe in Thailand,” says Elizabeth Hogan, U.S. Wildlife Campaign Manager at World Animal Protection.

“We need to stop the demand for elephant rides and shows, as well as hugs and selfies with tigers and lions, by exposing the hidden suffering behind wildlife attractions. If you can ride, hug, or have a selfie with a wild animal, then you can be sure the attraction is cruel. Vote with your wallet and don’t go.”

With no global regulation regarding how wild animals are used in tourism, a big challenge may be transforming the tourism industry so it is part of the solution to end cruelty to wildlife.

World Animal Protection has so far secured commitments from 87 travel companies to stop selling elephant rides and shows, and is asking TripAdvisor to add impact by informing tourists about the cruelty at most wildlife venues.