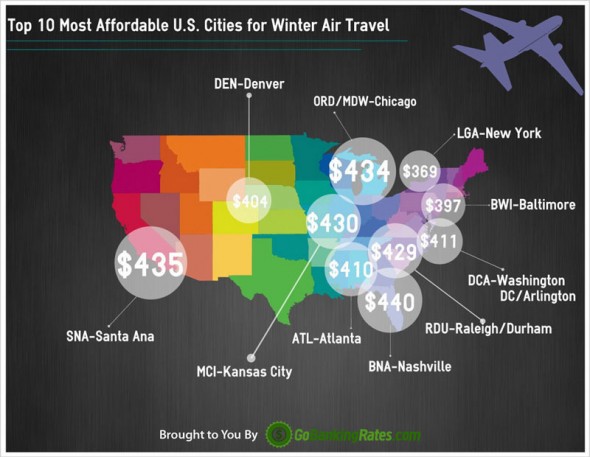 Where are the hot places to head this holiday season? A quick look at data from CheapOair.com shows what destinations are trending and what people are paying to get there.

The most popular U.S. winter vacation cities by air travel are:

However, the airports with the lowest average cost per flight ticket are: