Cruise Lines International Association (CLIA) has released the Cruise Travel Report, a revealing look at the attitudes, behaviors and travel preferences of cruisers and non-cruisers. A key highlight of the study defines a new “Cruise Generation,” outlining the growing number of Millennials and Generation Y travelers embracing this form of travel.

It turns out that this generation rates cruise travel as the best type of vacation compared to land-based vacations, all-inclusive resorts, tours, vacation house rentals, and camping and 90 percent that have experienced cruise travel say they will continue to cruise. The results of the report also indicate that cruising is experiencing a rejuvenation as Millennials and Generation X are becoming enthusiast cruisers and the “Cruise Generation” is adopting the cruising lifestyle. 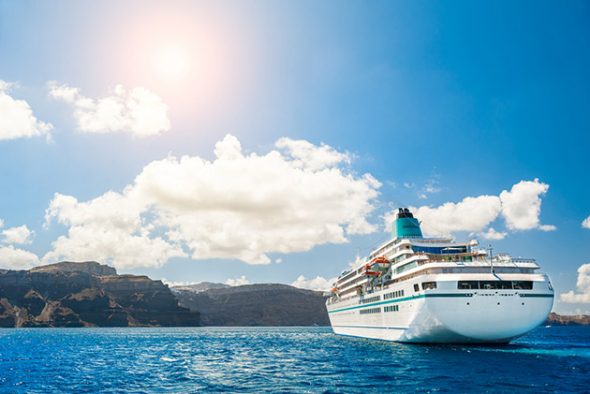 It’s a new world: Four out of ten (42 percent) of both cruisers and non-cruisers alike seem to agree that they go on vacation to see or do new things, while many other travelers (33 percent) look to relax and disconnect from their daily stressors. Nearly all (88 percent) of cruisers say cruises are better for total relaxation over land-based vacations.

Proper planning: The vast majority of cruisers plan a trip between four and 18 months prior to departure, as opposed to half of non-cruisers who book land-based vacations less than three months before. Cruisers also dive deep into planning relying on numerous sources of information, including travel agents, multiple websites, word of mouth, travel guides and magazines, social media and various travel apps.

Kid-friendly cruising: Families looking to travel together often look to the water for a vacation with 46 percent bringing children along, compared to 29 percent of land-based travelers. The typical cruise travel group has an average of more than two children and almost half (42 percent) of cruise parties have children under the age of 18.

A party of planners: When it comes to planning vacations, most report the planning is typically left to themselves and their spouses/partners. When children, other family members, and/or travel agents participate in the vacation planning process, the likeliness to take a cruise over a land-based getaway increases. When parents include children over the age of 18 in travel decisions, travelers report it has a positive impact on overall cruise enjoyment.

Agent allegiance: Travel agents play a vital role in cruise vacation planning with 82 percent of cruisers stating they tend to work with a travel agent when booking a cruise compared to 40 percent of non-cruisers.

Cruise Loyalty: Across all generations an overwhelming number of those who cruise are loyal to cruise travel. More than six out of ten (63 percent) of Generation Y/Millennial cruisers will definitely take another cruise, almost seven out of ten (69 percent) of Generation X cruisers will take a repeat cruise, and half of Boomers will go on to take another cruise trip.