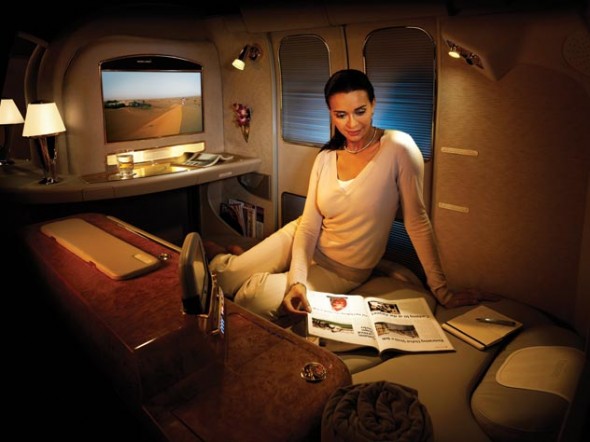 Emirates announced plans for a September launch of a bold new non-stop route from Orlando to Dubai this month. Travel-Intel took the opportunity to sit down with Matthias Schmid, Vice President Sales USA for Emirates to discuss the thinking behind this new route and read the pulse of the airline and its continued plans for expansion into the U.S. market.

Travel-Intel: What is behind the thinking for this new Orlando/Dubai route and Emirates’ 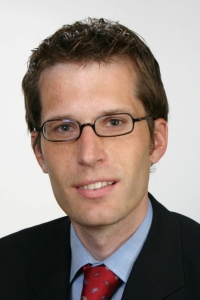 EK: The U.S. market is key for us and has huge potential. Our first flight was Dubai/JFK in 2004 and it was 15-16 hours non-stop just as that capability was coming out. Eleven years ago there was the A340-500 and that was it. Now we have more choices, including the A380, 16.5 hours LAX to Dubai non-stop. This is why all expansion really started and accelerated over the last three years.

As for Orlando, it’s really a central Florida catchment area. Within a 3-hour drive time around Orlando there are 12 million people –it’s a bigger catchment base then, say, Houston or Dallas.

And then there are some 60 million people visiting Orlando – including a significant portion of international visitors. We firmly believe that MCO does not have enough international airlift. Most of it is to Latin America but if you look to India, the Gulf, Africa and Asia, there is really nothing. We feel we can fill that gap perfectly.

So far in the bookings we are getting, we are seeing a healthy balance of inbound and outbound business from there. Orlando is seeing a lot of new business development as well – besides entertainment and cruise sectors there are robotics, IT, gaming and airspace companies and these industries are growing. 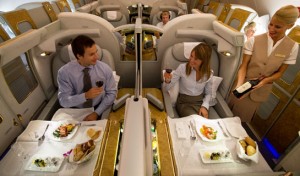 Travel-Intel: Is Emirates making a push to appeal more to leisure travelers and become more of a household name in the U.S.?

EK: If you look at our brand positioning we really see ourselves as connector of people, cultures and continents and we really want to attract all the different segments. We like the corporate passenger but we really want to be a leading brand in travel category, and not just as an airline.

Travel-Intel: Who/what will be the target markets for this new route? What are the top feeder markets?

EK: Our top feeder markets in the U.S. are serviced well by all of our ten gateways. I significant note is that Dubai as an end point is important for us but it is not majority of our business. More than half the passengers from the U.S. are connecting to other places beyond Dubai. As we diversify our portfolio, people need to know we fly to 80 countries not just Dubai. We are fondly known in some circles as the India shuttle – Silicon Valley to Hyderabad. But we service a very wide network.

Travel-Intel: How much of a part do you expect JetBlue to play as a contributor to the route load?

EK: Sales in the U.S. for this route are coming mostly from catchment areas, also some from Latin American through JetBlue –but the connectivity for those travelers is not that great. Our codeshare with JetBlue, perhaps as it gets more promoted and as connections become optimized will no doubt grow. Right now, our bookings through JetBlue is a small percentage. 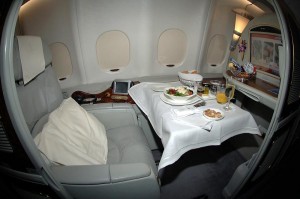 Travel-Intel: Tell us about the Emirates cabin. Are there new amenities or services you are highlighting?

EK: Basically, we operate 2 aircraft out of the U.S. Our A380 serves San Francisco, Los Angeles, Dallas, Houston and New York, In fact a New York to Milan A380 route just launched this week. Those cabins are state-of-the-art, so the top floor is all premium bookings with14 private suites in First Class. There are two showers on that plane and this is the only aircraft to offer this amenity. And these seats have a high utilization rate, especially for executives that may have to fly in and back for day meetings. It’s rather like a flying hotel.

There are 76 Business Class seats, and then there is a bar is available on upper deck for all premium flyers. People love this feature during 14 to 16-hour flight. On the lower deck gourmet meals are a feature and another important thing is the complimentary Wi-Fi that is available to everyone – and we are the only airline that offers this as a free amenity. As for entertainment, there are more than 2000 channels available through the system.

Other routes are serviced by the Boeing 777 aircraft. They offer pretty much same product for First Class but without the shower and onboard bar. Also the complimentary Wi-Fi service is not yet completely set up through this fleet.

Travel-Intel: Given the recent FIFA scandals and Emirates’ close relationship as a visible sponsor, will the airline continue with these sponsorships?

EK: Our relationship with FIFA was a deal that started in 2006 with World Cup in Germany and included the 2010 in South Africa games. The contract was cleared last year and not renewed. So our sponsorship had already expired before all this erupted in the past few weeks.

Travel-Intel: Currently, what are the next moves in the U.S. for Emirates?

EK: Next moves? Well we just started our New York to Milan A380. We also just introduced added service to Seattle and then in September we launch Orlando, and in October we will be adding service in Boston. We expect to be continuing in the U.S. with larger aircraft, added frequencies and new routes

Travel-Intel: On a side, as you have been in this business for so long, I must ask, what is your favorite airport?

EK: Well, it’s not just that I am Swiss, but I truly do find Zurich to be my favorite airport. It’s beautiful, easy to navigate and there is great shopping and dining. And second, that would be Dubai International Airport. It is practically a small city.