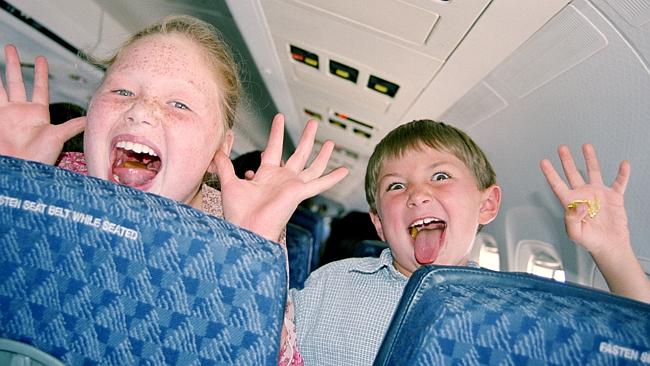 What’s more annoying than armrest hogs, pungent seatmates and chatterers when it comes to in-flight aggravations? Hands down it’s rear seat kickers. That’s the verdict of a survey released this month on airline etiquette conducted by Expedia and GfK, an independent global market research company.

The second annual Airplane Etiquette Study asked 1,000 Americans to rank the most annoying on-board behaviors of fellow passengers. This year, “Rear Seat Kickers” came out on top, bypassing last year’s “Inattentive Parents” topper, which is now in second place, ahead of such etiquette violators as the “Aromatic Passenger,” the “Audio Insensitive,” the “Boozer,” and “Chatty Cathy.”

“Expedia’s Airplane Etiquette Study is a lighthearted reminder that few places require more attention to etiquette than the inside of an airplane,” said John Morrey, vice president and general manager, Expedia.com. “You’re in a tight space at thirty thousand feet with hundreds of fellow travelers, so even the small things – helping your neighbor stow a bag or switching seats to put a mom next to her child – can make a huge difference.”

The top 18 onboard etiquette violators ranked: 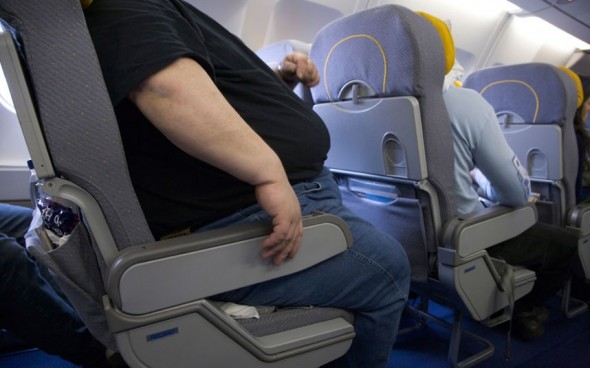 While many of us may be unknowing offenders (until now) and many other flyers may not have even considered some of these actions as offensive at all, violations, such as talking too much – and drinking too much –are common behaviors that are easy to spot and are generally tabbed as annoying.

“Chatty Cathy” ranked sixth on the list of etiquette violators. 78% of Americans agree with the statement, “A little small talk is fine, but I prefer to keep to myself during the flight.” However, 16% of Americans report that they “use flights as an opportunity to talk to and meet new people.” 65% “dread” the experience of sitting next to them.

While “The Boozer” was in the top-five of least-favorite flyer, only 12% of Americans report drinking more than two alcoholic beverages during air travel, while on board or in the airport. 15% of Americans “always or sometimes” use medication or alcohol to help them sleep on a plane, while 80% “never” do. Nearly half (48%) of Americans report that they generally cannot sleep on planes.

Reclining seats can actually spur fights . 2014 saw multiple examples of in-flight fights caused by perceived legroom violations. Within a space of weeks, three separate flights were diverted mid-flight because passengers took issue with “Seat-Back Guy,” the passenger who reclines his or her seat fully during flight.

Men are more likely to fully recline their seats than women. Some 32% of the men polled reported they “do not recline” their seat,” versus 38% of women. Nearly a third (31%) of American passengers say they recline their seats to sleep and 26% say they do so when the flight is longer than three hours. 12% recline immediately after take-off, and the same percentage of fliers do so if the person in front of them does. 9% recline once meal service concludes.

When “Confronted With Misbehavior,” 48% “Would Ignore,” 12% “Would Record .” The ubiquitous availability of mobile devices has also made it far easier to record, and to shame, passengers who misbehave. When asked how they would react if a fellow passenger misbehaved on a flight, 48% said they would remain quiet and attempt to ignore the violation. 22% would confront a misbehaving passenger directly. 12% would record the incident using a mobile phone or a camera, while 6% said they would leverage social media channels, including Twitter, to shame a fellow passenger. 44% would address a parent if their child was kicking their seat.

All in all, however, 78% of passengers polled agreed that “for the most part, fellow passengers are considerate of other passengers.” Some 36% of those surveyed said they would be willing to pay extra for a seat in a dedicated quiet section of the plane.