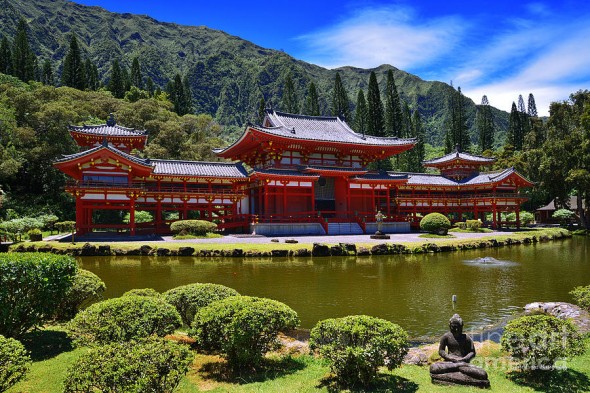 To find your inner Japan in the sprawling Hawaiian Islands you need only to look around you. The islands are replete with Japanese monuments, traditions and sensibilities. Here is a guide to where east meets west in Hawaii. 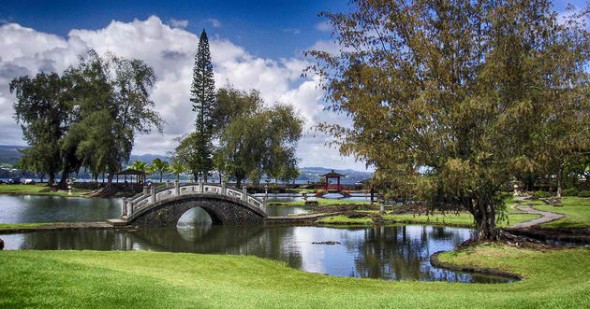 Liliuokalani Park and Gardens in HIlo

Mauna Kea Beach Hotel – In an attempt to foster an awareness of the East, Venture capitalist Laurance S. Rocekfeller meticulously gathered his 1,600 piece collection of Asian and Oceanic art, intentionally incorporating pieces into the hotel’s design.”Our hope was that these encounters would succeed in conveying to our visitors an awareness of, and an appreciation for, the traditions of the East,” he notes in a book dedicated to his effort, The Mauna Kea Collection. Guests remain fascinated by the unusual collection representing the cultures of India, Southeast Asia, China, Japan, Melanesia, and Polynesia, as demonstrated by the popular weekly art tour conducted by expert Patti Cook.