Hotel prices are approaching the same level as they were before the financial crisis, according to the latest Hotels.com Hotel Price Index (HPI)

The average price of a hotel room around the world rose by 2% during the first six months of 2013 compared with the same period the previous year. The rise, although relatively small, maintained a trend of slowly increasing rates that started in 2010, with average prices now close to their 2006 levels, before the global financial crisis began.

Set at 100 in 2004, the HPI tracks real prices that hotel guests actually paid for their accommodation around the world. The Index for the first six months of 2013 stands at 111, eight points lower than its peak in the same period of 2007 and just eleven points higher than at its launch. 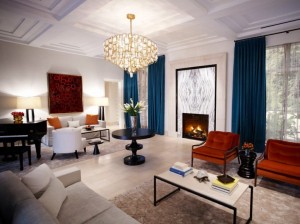 Latin America registered its strongest result for more than two years with a seven per cent increase in hotel prices. Helped by the strengthening US economy, North America and the Caribbean outperformed the global average with increases of three per cent and five per cent respectively.

In the Pacific, the slump in the Australian mineral resources industry led to a fall in the number of business travelers in Western Australia particularly and weaker hotel price growth of one per cent. With the Euro zone only just officially out of recession, hotel prices in Europe and the Middle East remained sluggish, also recording a one per cent gain.

The study analyzed the average prices paid in Pound Sterling for hotel rooms across different star ratings in the world’s top cities to help consumers make the most of their travel budget. Travel-Intel has converted those figures into dollars. Thus, 5-star average rates start at an economical $117 per night but also soar to an extravagant $595. At the top of the 5-star range at $595 was Geneva, followed by New York on $531 with Paris in third place on $474. The two UK cities in the table were much better value with considerably lower rates as London averaged $369 a night and Edinburgh $261.

As in the past, Warsaw offered the best deal on 5-star accommodation with average prices of $117 a night, followed by Pisa on $166 and Tallinn on $174. The Polish capital also had the lowest 4-star average on $101, with Budapest on $104 and Marrakech on $114 alongside Bangkok with the same amount. It was harder for the UK to compete in this area with London at $214 and Edinburgh at $165. However, it was still less expensive on average to stay in a 4-star hotel in the Scottish capital than a 3-star property in several popular destinations such as Miami on $196, Boston on $209 and San Francisco on $217 or even a 2-star in New York on $184 and Geneva on $185.

For the more budget-minded, at the other end of the scale, Shanghai offered the lowest 2-star prices with a very affordable $34 with three destinations just $1.59 more – Bali, Delhi and Bangkok. At these rates, it 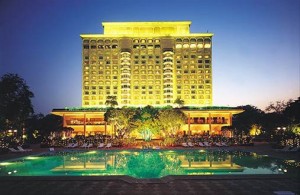 would have been possible to spend 17 nights in a 2-star hotel in the Chinese city for the same price as a 5-star night in Geneva.

Asia was the only region to see a fall in prices by two per cent in the first half of 2013. Individual cities in the region performed well but the depreciation in value of the Yen and the Rupee, coupled with a fall in the number of inbound visitors to China contributed to this result. However, outbound travel from China has not yet been impacted by slowdown in the country’s economy and continued to boom.

The UN World Tourism Organization also announced that Chinese travelers spent US$102 billion on international tourism in 2012, 40% more than in 2011.