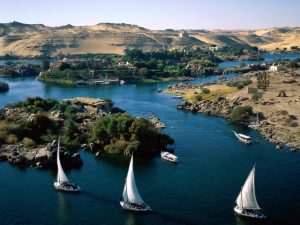 While vacationers have been cruising the Nile since time immemorial leisure travelers have not been able to traverse the scenic and critical waters between Cairo and Luxor for nearly two decades. Enter Arab Spring, a spate of elections and time away from headlines to build a new state, and voila! Egypt is now re-starting its traditional “long” Nile cruise.

Islamist President Mohamed Morsi said on August 3 he was committed to ensuring the safety of tourists, whose numbers fell sharply after the 2011 uprising, delivering a severe blow to the economy.

Nile cruises, a major tourist attraction in Egypt, were stopped between Cairo and Luxor in 1994 because of the risk of militant attacks. However, they 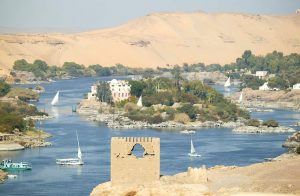 continued to operate on the stretch of the river between Luxor and Aswan, the two main tourist towns in Upper Egypt. The February 2011 uprising that ousted the former president but also put a brake on tourism — a vital sector of the country’s economy.

In the first quarter of this year, 2.5 million tourists visited Egypt, an increase of 32 percent compared with the same period in 2011. However, the figure still reflects a fall of 27.8 percent (other sources say 80 percent) compared with the first three months of 2010.

The added float through Lower Egypt makes the full journey from Aswan to Cairo some 600 miles long, with a cruising time of around 14 days. The new route will allow visitors to see some of the more obscure tombs at Beni Hasan. It will also present the Nile as it was for Agatha Christie’s Death on the Nile, allowing passengers to take the long and languid journey that was the basis for one of the mystery writer’s many best sellers.

Cruise lines are not expected to start offering the longer options on their Nile itineraries until next year. Currently, much of the newly opened route is silted up and badly in need of repair to infrastructure along the way.

Still, companies such as Abercrombie & Kent, Viking River Cruises and Discover Egypt, among others, are admitting interest and excitement in the new opportunities. 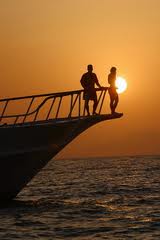