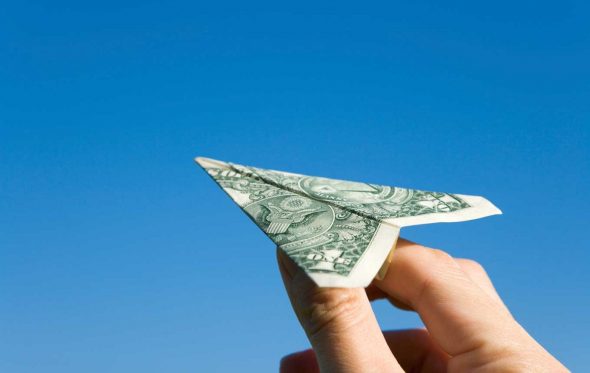 Even with those optimal advance purchases, travelers to smaller markets will contend with bigger price tags. Based on historical data, holiday airfares will be, on average, 18 percent higher for Thanksgiving and 20 percent higher for Christmas to markets outside the top 20 than to those within it. For those planning to use points to fly, new calculations in wake of American Airlines change to fare-based rewards, show that low-cost carriers Southwest and JetBlue continue to offer US flyers the lowest average reward seat pricing.

Following an industry shift to dollar-based rather than mileage-based loyalty points accrual, the rankings for the two airlines mirror the results from 2015—and from the year before, when miles flown was the universal accrual method.

Analysis from IdeaWorks’ annual Switchfly Reward Seat Availability Survey looked at frequent flyer reward systems for 25 of the world’s largest airlines that use ticket prices, rather than miles flown, as an accrual method.

Among these programs, the pay-with-points method used by Southwest and JetBlue yielded lower prices for short and medium haul reward travel.

Until recently, American, Delta, and United based accrual on the distance flown—like most major airlines around the world. Now this is changing to a revenue-based method similar to JetBlue and Southwest. Among low economy fare passengers, who don’t have elite tier status, JetBlue’s TrueBlue and Southwest’s Rapid Rewards programs offer higher accrual at 6 points per dollar compared to the rate of 5 miles per dollar offered by the others. This is combined with lower average reward prices, Southwest being the lowest at 10,182 points per roundtrip reward. Even if you were to boost JetBlue and Southwest reward prices by 20% to compensate for a more generous accrual rate (6 versus 5 per dollar spent) their reward prices remain lower than the others.

The similarity of the accrual methods permits the comparison of average reward prices. In addition, the accrual rates for their basic co-branded credit cards are universally the same at one point or mile per dollar charged for everyday purchases (more miles may accrue for special purchases or with high fee cards). These features have created a situation in which points and miles have become equivalent currencies for these five airlines. In reality, the currency used by American, Delta, and United is now more accurately defined as “points” because it is no longer associated with distance.

Data was also collected for Alaska Airlines and Air Canada. The results were not comparable because these airlines continue to base accrual upon miles flown. However, their co-branded credit cards, which generate a significant quantity of miles for members, generally offer the same accrual of one mile per dollar charged, suggesting some approximate likeness among all seven programs. The average reward price was 22,301 miles for Air Canada’s Aeroplan program, and Alaska’s Mileage Plan average was 25,429 miles; which would place them third and fourth, respectively, in the rankings.

The pay-with-points method (JetBlue and Southwest) links reward prices to prevailing air fares. Program members can seek out low reward prices on flights that have lower fares. Reward prices adjust to demand in the same way fares have since supersaver rates were introduced decades ago. The mileage-based method is far less precise and typically ranges from 25,000 to 50,000 miles for a roundtrip domestic US reward. American, Delta, and United add pricing flexibility such as lower-priced rewards for flights under 500 or 700 miles, or select flight discounts.

American, Delta, and United have changed their programs to more generously reward members having elite status such as silver or gold. These members may enjoy more than double the usual points accrual, which greatly affects the ability to compare average reward prices among the five airlines. Ultra-frequent travelers may realize better reward value from these airlines. But for everyday consumers buying the lowest fares, the pay-with-points method embraced by JetBlue and Southwest delivers the best reward deals for economy class travel in the US.