In just a few weeks Americans will set off on Spring Break 2016. Time for annual vacations to launch throughout the U.S. as students and workers head to Mexico and the Caribbean for sun-soaked beaches and wild parties.

Athough, according to research from Booking.com, those trips are expected to be 4% more expensive than last year, there are still some well-known cities offering deals that even beat rates from 2015: Cancun (45% cheaper), Panama City Beach (11% cheaper) and San Diego (6% cheaper), for starters.

Regardless of price, the online booking site noted from its data that top cities getting action this year are the following: 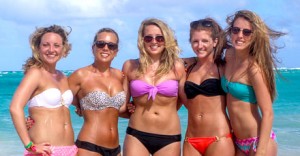 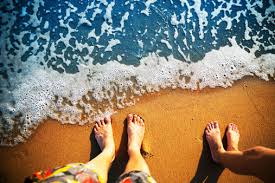 Meanwhile, Orbitz is reporting changing trends in the way Americans travel for spring break – what they are seeking, experience priorities and how they travel.

In the latest Orbitz Insider Index Spring Break trends were under the microscope to identify emerging trends in Spring Break travel over the past five years.

According to the Index, travelers are looking for relaxing alternatives to historically popular Spring Break locations. Just over half (53%) the data reviewed said relaxation is the main reason Americans are traveling over Spring Break this year.

The Index also found that 61 percent of Americans are traveling with spouses, family or children.

“While crowd favorites like Cancun and Orlando will keep their status as top spring break destinations, we are seeing people take a more thoughtful approach to their spring break options, expanding their trips to locations like Mesa, Ariz., Houston, Texas and even international destinations like Dublin and Panama City,” said Jeanenne Tornatore, senior editor of Orbitz.com.

According to Orbitz.com hotel booking data, the following destinations have seen a minimum of a 50 percent increase in hotel bookings over the last five years for the Spring Break timeframe (March 1 – April 15).

There may be several factors driving the shift in Spring Break travel, from a strong U.S. dollar to evolving traveler priorities. Some of the top drivers changing behavior patterns include:

Mexico Remixed: While Cancun is a perennial favorite for Spring Break travelers, other destinations in Mexico including Riviera Maya and Playa Del Carmen have seen a large increase in bookings, showing that Spring Break travelers are still looking to Mexico for its short flights and affordable airfare and hotels, but opting for relaxation over crowds and fanfare.

Getting More for the (U.S) Dollar: Panama City, Paris and Dublin are all locations that have seen an influx of travelers over the past several years. With favorable exchange rates across the board, travelers are able to extend the U.S. dollar and upgrade their domestic Spring Break vacations to an international trip.

North and South of the Border: Toronto is the leading tourism destination in Canada and according to Tourism Toronto, has seen strong growth over the past six years thanks to an influx of American tourists. In the South, Punta Cana takes the top spot with its commitment to strong yet affordable all-inclusive options.

New Spring Break destinations are growing in popularity, but traditional spring break favorites still remain tourist hotspots over the holiday. This year, Florida accounts for 40 percent of the top Spring Break destinations, with Fort Myers and Tampa joining Orlando and Miami in the top ten rankings. The top three spots also remain consistent with repeat performances from Orlando, Cancun and Las Vegas. This year, Orlando and Las Vegas traded rankings, with Orlando rising from third to first, Vegas dropping from first to third and Cancun holding on to second place for the second year in a row.