Travel and the Trump Slump

Travel and the Trump Slump 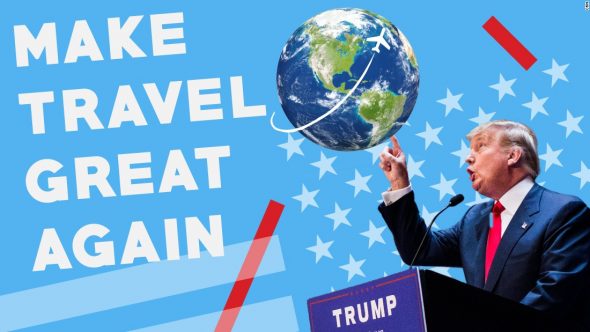 Is the travel industry in the dump because of Trump? Not yet, but give it time. The Trump administration could have an impact on the international travel plans of U.S. adults, according to the latest travelhorizons™ survey of 2,300 U.S. adults conducted by travel marketing firm MMGY Global.

U.S. adults who have traveled internationally during the past year were asked how the new presidential administration will affect their upcoming travel plans. More than four in 10 (43 percent) of these travelers feel that the Trump administration will have at least some impact on where they choose to vacation internationally, while one quarter (26 percent) say it will have no impact at all.

As might be expected, there is a substantial difference in the responses provided by Democrats versus Republicans: one half (52 percent) of Democrats feel the Trump administration will have some impact on their choice of international vacation destinations, while three in 10 (31 percent) Republicans feel the same way.

The Global Business Travel Association noted that uncertainty around travel to the U.S. caused a $185 million loss in international travel bookings in the first week of February alone across the U.S. If the so-called “Trump Slump” continues, the country’s travel industry could see billion-dollar declines.