As Game of Thrones season 7 sets the cable boxes on wildfire this summer, fans aren’t waiting for winter to come to enjoy Seven Kingdoms-inspired vacations.

Hotels.com reports a dramatic hike in searches to the stunning destinations featured in the series. The destinations that feature most heavily throughout the seasons, and those anticipated to appear in season 7, are becoming must-visit hotspots. The online hotel booking site reports huge increases in searches to destinations in Iceland, Spain, Croatia and Northern Ireland. 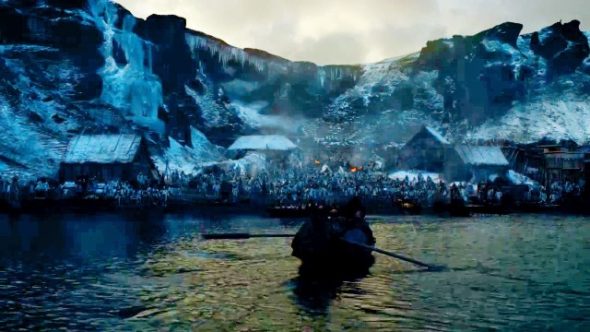 Going Beyond the Wall

Iceland, which plays host to arguably the series’ most iconic landscape, Beyond the Wall, has enjoyed the most dramatic surge in searches. The scenic destination is up over 285% since 2014, when the show mania truly began to take the world by storm.  The upward trend continues for the destination as year-on-year (2017 vs. 2016) data shows a 30% surge for those eager to walk in the frosty footsteps of heartthrob Jon Snow, where he famously battles Wildlings and White Walkers. 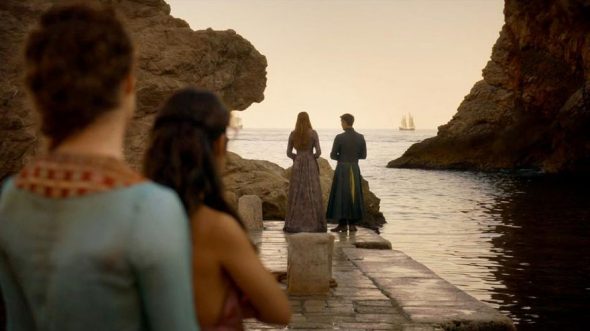 A number of destinations in Croatia, another key filming location, have also enjoyed a tourism boom. The ancient city of Split on the Dalmatian coast has seen an uplift of nearly 120% in searches. Fans of Daenerys Targaryen enjoy touring the city’s walled Diocletian’s Palace, the site of the Mother of Dragons’ throne room. The lesser-known Croatian city of Sibenik, the site for the famous city of Braavos, has enjoyed a similar lift with hotel searches up 60%.

The Dorne of Seville

Fans are also looking to the warm climes and epicurean lifestyle of Seville in Spain, with searches to the destination up 145%. Seville was used for scenes set in Dorne, the most exotic of the Seven Kingdoms, where the ornate private estate of the House Martell stands. 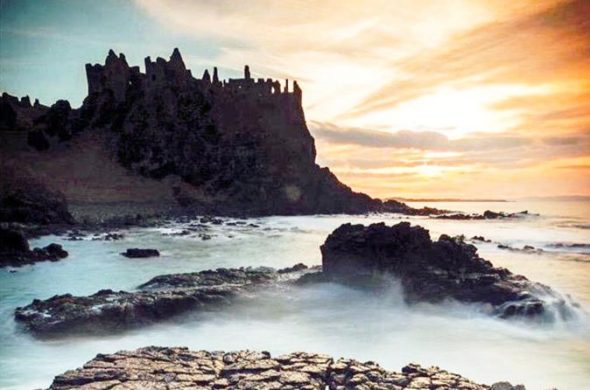 Belfast has been on top of fans’ wish lists, especially following the Season 7 premiere. Having featured in almost all seasons, the wild and ragged northern end of the Emerald Isle is rumored to become the jewel in the latest season’s crown. With searches for Belfast hotels up nearly 120% ahead of the season premiere, the destination is set to welcome thousands of fans in 2017.

Among the most popular GOT film locations, according to TripAdvisor’s booking data, is Spain, with 12 destinations serving as fictional background for Kings Landing, Dorne, Vaes Dothrak, and more. Local Spanish landmarks like the Castle of Zafra saw a 488% year-over-year increase in interest from international travelers after its appearance in Season 6.

Osuna´s bullfighting ring, appearing as the Fighting Pits of Mereen, has experienced a 215% increase in traveler interest. The city of Girona, which served as King´s Landing, Braavos, Dorne, Hornhill or Oldtown, saw a traffic increase of 62% at the beginning of Season 6.

Vik, Iceland, has also experienced a large increase in traffic (1300%), comparing 2012 to 2016. Iceland in general has experienced a notable increase of 531%, since the show’s premiere in 2011, driven mainly by Americans (684%) and Brits (379%) wanting to visit the fictional filming location of The Wall and Beyond, says the hotel and tours website survey.

Country Antrim in Northern Ireland is another GOT tourism hotspot and has been since Season 1. The Northern Ireland region of Country Antrim has been the backdrop for King’s Landing, King’s Road, and Winterfell, among others. This region has piqued the interest of travelers, increasing search traffic on TripAdvisor +229% since the end of 2012. 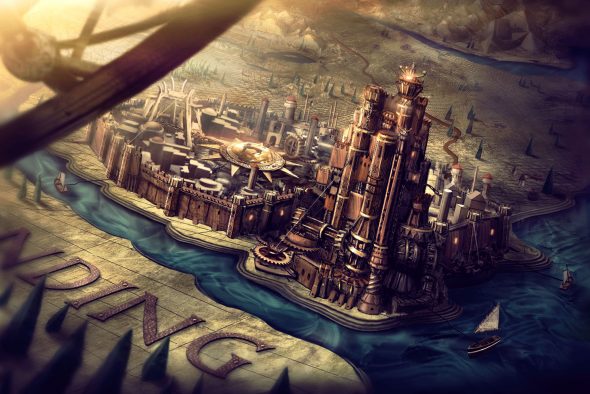 The top 10 most popular “Game of Thrones” tours throughout the world, according to TripAdvisor’s current numbers, include day trips to some of the locations that still offer “on-location” sheen. The tours can be found and booked on TripAdvisor, or travelers can try booking through Viator and other sites.

Travelers can discover Game of Thrones (GOT) film sites of Old Town of Dubrovnik on this guided walking tour that takes in the real-life attractions used for some of the show’s fictional locations including Lovrijenac Fortress, Blackwater Bay and a trip to Trsteno Arboretum. (From $65)

Game of Thrones and Giant’s Causeway Full-Day Tour from Belfast
Travelers can see the magical locations where GOT is filmed on a full-day tour of the UNESCO-listed Giant’s Causeway and Carrick-a-Rede Rope Bridge. Fans visit key filming locations, such as the caves and Dark Hedges road, while listening to inside gossip about popular characters. (From $45.32)

Travelers discover sites made famous from GOT visiting beautiful locations such as the Dark Hedges, the Cushendun Caves, Ballintoy Harbor and Larrybane. There are also photo opportunities at the iconic ruin of Dunluce Castle and Giant’s Causeway. (From $62.66)

Viator Exclusive: Game of Thrones Tour in Split
Travelers get an insider’s view of GOT on this 3.5-hour guided walking tour in Split. A local guide provides a behind-the-scenes look, learning about spots in the fictional city of Mereen and the fortress of Klis, before ending at Diocletian’s Palace. (From $77.47)

Travelers embark on an epic journey through the Seven Kingdoms on this full-day tour of Northern Ireland’s GOT filming locations, such as Dark Hedges, Cushendun Caves and Carrickfergus Castle. Along the way, marvel at natural wonders like the Giant’s Causeway, see the Titanic Studios and walk the notorious Carrick-a-Rede Rope Bridge.  (From $38.85)

Travelers sail into the fantastical world of GOT with this action-packed 2-hour cruise and walking tour throughout King’s Landing. Board the same ship that Daenerys Targaryen sailed and then walk through Dubrovnik’s Old Town to discover where other famous scenes were set. ($48.99)

Travelers discover the Lands of Ice and Fire on this full-day tour of Malta’s GOT filming locations. On this tour, which was designed and is led by two actors who appeared on the series, travelers get up close to the ancient forts, parkland and streets that set the scene for the Red Keep and King’s Landing. (From $67.21) .

Game of Thrones Location Tour from Belfast including Giant’s Causeway

Travelers explore sites made famous in GOT, and explore the Causeway Coastal Route with panoramic views over the countryside. Visit top local attractions including Cushendun Caves, Ballintoy Harbor and Larrybane, Giant’s Causeway and the Dark Hedges. (From $33.04)

Travelers follow in the footsteps of the Lannisters and the Targaryens on this 8-hour GOT–themed tour in Girona. Explore the medieval city through the eyes of key characters, sample King’s Hand ice cream, and enjoy free time to see the city’s Roman walls, Jewish district and more. (From $112.78)