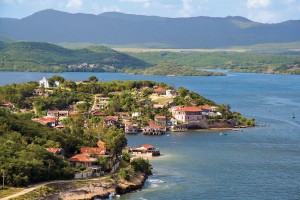 For those who want to venture to Cuba this year, the keyword to consider is “people.”  Tour companies that want to add Cuba to their roster of itineraries must comply with the requirements of “people-to-people” programs mandated by U.S. government agencies and such programs can vary widely in how they are run and to whom they appeal.

One travel company with strong appeal to travelers over 50 seeking deeper cultural experiences through travel is Boston-based Grand Circle, which is featuring three itineraries to Cuba this year for those who want to learn about not only the land and the layout, but the people of Cuba. Each program combines several days in Havana with visits to other parts of the island, and all include myriad opportunities for meaningful exchange between Americans and Cubans. 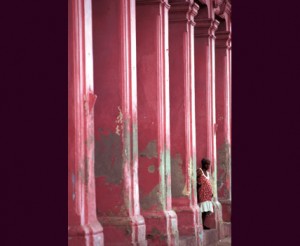 Grand Circle Foundation’s three People-to-People programs focus on close and meaningful cultural exchanges between American participants and Cuban residents and are conducted in small groups of just 12-20 participants. While available to all Americans, the programs are paced for Americans aged 50 and older.  The three programs are described below:

This program brings participants to the easternmost third of the island—and to the vibrant seaside city of Santiago de Cuba, founded by Diego Velasquez as a Spanish colonial capital in 1515.  While there, participants will learn about the Afro-Cuban religion that developed in this region, visit artists’ studios, meet local community members, spend time with seniors or children served by the relief agency Caritas Cubana. They will then travel to Baracoa, once accessible only by sea and which retains the look of an unspoiled colonial village.  In Baracoa, travelers will meet with artists, dancers, farmers, a historian, and others.  Later, they’ll fly to Havana, to explore the historic city and engage with students, seniors, artists and other local people.

A full schedule of People-to-People exchange meetings; roundtrip airfare from Miami; all accommodations: 1 night in Miami, 4 nights in Santiago de Cuba, 3 nights in Baracoa, and 4 nights in Havana; 28 meals (11B, 8L, 9D); services of an English-speaking Cuban guide and a Foundation representative from the U.S.; transportation aboard a private, air-conditioned motorcoach; cultural discoveries, including discussions with locals, museum visits, musical performances, and more.

Cuba: A Bridge between Cultures: A  12-day program People-to-People Program from $3,995, including RT air from Miami  Explores Havana, Trinidad, and Cienfuegos.

The trip centers around three Cuban cities: Havana (5 nights), including both 3 nights in the historic Old Town and 2 nights in the vibrant, downtown Vedado neighborhood; the harbor town of Cienfuegos (2 nights), and the colonial gem of Trinidad (3 nights). Throughout the journey, travelers will enjoy meaningful cultural exchange with the people of Cuba.

A full schedule of People-to-People exchange meetings; roundtrip airfare from Miami; all accommodations: 1 night in Miami, 5 nights in Havana, 2 nights in Cienfuegos, and 3 nights in Trinidad; 24 meals (10B, 5L, 9D); services of an English-speaking Cuban guide and a Foundation representative from the U.S.; transportation aboard a private, air-conditioned motorcoach; and cultural discoveries, including discussions with locals, museum visits, musical performances.

The tour focuses on meaningful cultural exchange with an itinerary that centers around two contrasting Cuban locales: the capital of Havana (4 nights), where travelers explore both the vibrant, modern districts and the historic time capsule of Habana Vieja (Old Havana); and the Vinales Valley (3 nights).  From the city to the countryside, this program offers a unique view of Cuba’s cultural and natural landscapes along with a full schedule of People-to-People exchange meetings.

Roundtrip airfare from Miami; all accommodations: 1 night in Miami, 4 nights in Havana, and 3 nights in the Vinales Valley; 19 meals (7B, 6L, 6D); services of an English-speaking Cuban guide and a Foundation representative; transportation aboard a private, air-conditioned motorcoach; cultural exchanges, including discussions with locals, museum visits, visits with artists, and more.