While it may only be “One Percent,” the number is big when it comes to who is traveling and what they are spending. In fact, according to a report released last week from MMGY Global and the Harrison Group, that sliver of the U.S. population just got a bit bigger.

Some six percent of U.S. leisure travelers now have an annual household income of $250,000 or more, compared to four percent in 2010. Also, now women comprise the majority (54 percent) of these affluent travelers, up from 42 percent in 2010. 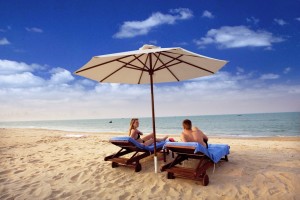 Additional insights on the behavior of affluent travelers from the 2013 survey include these findings:

•       The Destination is the Destination. Seven in ten (69%) affluent travelers took a vacation outside the continental U.S. during the past twelve months. The most popular destinations included Western Europe (52 percent), Caribbean (41 percent), Mexico (22 percent) and Canada (18 percent).

•       Affluent Travelers Get Social. Affluent travelers report spending 40 minutes per day with social media platforms such as Facebook (69 percent) and LinkedIn (46 percent), while half (50 percent) are visiting online communities, travel forums or blogs to seek and/or review information about destinations or travel service suppliers, up from 40 percent in 2010. And more affluent travelers (29 percent) are authoring, commenting and/or posting content on travel-related social media sites, up from 17 percent in 2010.

•       Traditional Media Consumption Trending Down. Affluent travelers spend significantly less time watching television per day (average of 2.8 hours) than they did in 2010 (average of 4.2 hours). This group also spends less time reading newspapers and magazines (average of 1.2 hours in 2010 versus one hour in 2013). And although readership of the printed versions of Sunday Travel sections in newspapers declined to just 30 percent of all affluent travelers in 2013 from 41 percent in 2010, this medium still reaches a large number of affluent travelers and, in particular, those over fifty five years of age.