I’ve been fortunate enough to travel all around the world but also witnessed an unbelievable array of street scams and hustles.  From Cairo to Caracas, 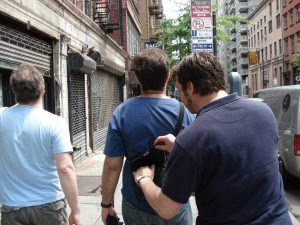 Amsterdam to Amman, someone was always trying to sell me wolf tickets: the fake drunk, the razor blade slash, the Rio shoe scam, money exchange bait-and-switches, shifting walls, high-speed car chases through barrios, muggers with machetes, riots shrouded in tear gas, clans of pickpocketing gypsies, exotic temptresses who slip something in your drink, being a guest in a Third World jail, and running for my life from the Triads, the Chinese mafia.  I even survived an elaborate and well-orchestrated grift in Bolivia involving fake policemen with a fake police car and a kilo of fake cocaine that had me sweating like a hostage.  But please don’t let all of this discourage you from grabbing your passport and exploring the beautiful world we live in; you’ll find most places to be as safe as your front porch if you exercise some basic rules of caution: 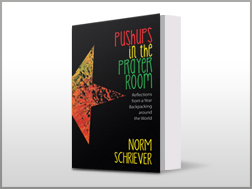 Before you embark make copies of your passport, medical card, credit cards, and travel itinerary.  Give a copy to a friend back home and keep one set with you, separate from the real thing. Email any pertinent information to yourself through a web based email account so you can get it from any hotel or internet café if needed.  Check in with the U.S. embassy when you arrive.  I even keep $20 folded under the sole of my shoe for emergencies.

Don’t draw negative attention to yourself.  If you’re going to party overseas (which I highly encourage) don’t get too drunk and always take a taxi at night.  Don’t accept an open drink from someone or leave yours unattended.  Most importantly, never mess with drugs while you’re in a foreign country – I have a friend serving five years in a Costa Rican prison who can back me up on this!

A lot more bad stuff happens at 2 AM than it does at 2 PM.  Starting and ending your day early will keep you out of potentially dangerous situations.  A safe, pleasant touristy neighborhood can turn into a breeding ground for crime once the sun goes down.

Thieves go for the easiest victims they can find.  Show that you’re paying attention – head up, eyes looking around, acknowledging people coming and going – and they’ll move on to someone easier.

Thieves choreograph situations that breed confusion and then strike.  So if someone rattles a newspaper in your face, or a drunk stumbles into you, or a pack of prostitutes surround you and start being way too friendly, immediately put one hand in your pocket on your wallet and use your free hand to politely push away and step back from the situation.  But the best way to avoid trouble is to cross the street when you see it coming.

No matter where you are “make nice” with the locals.  Learn a few phrases in their native language and write them down on index cards.  Chat with desk clerks, taxi drivers, waiters, and shopkeepers.  Ask them their name, where they are from, and inquire about their family.  People will see that you’re showing respect and making an effort and treat you well in return.  If all else fails, ask them what soccer (football) team they love. Before you know it they’ll be inviting you over for dinner!

Don’t walk around with an expensive camera or fancy jewelry hanging around your neck.   Wear a cheap plastic watch, if any.  Take it all off before you step out of a bar or restaurant at night.  Carry a decoy wallet so if you get held up you can gladly throw them that one.   Keep your wallet in your front pocket and when you’re on a crowded street shift your backpack to the front.

There are crimes motivated by a disparity in wealth and those based on politics.  Avoiding crimes of poverty requires common sense and prudence.  However, political crimes, like kidnappings and acts of terrorism, are more nefarious.  It’s important to avoid countries where there’s a problem with political crime; it’s not adventurous and it’s not a game to travel on the “chicken bus” in the countryside of Mexico or hike near the Iranian border without a map.  Check government websites and news reports for updates before you book your trip.

Beggars are abundant on the streets of most developing countries.  The typical tourist walking by makes more money in a week than they do in a year, so it’s easy to see why they would hold out a dirty hand for alms.  Sometimes beggars can be overly aggressive, use your money for drugs or alcohol, or even fake their condition. Instead of handing out money on the street find a legitimate local charity and make a donation.  Your conscience will be clear that you showed love to the local community but you won’t be tempted to give money out on the street.

Your goal should always be to get home in one piece so if something happens use common sense and keep your cool.  If someone pulls a knife on you never put up a fight; give the attacker what he wants and get away safely – at least you’ll have a wild story to tell!

Norm Schriever is an author, adventurer, and expat who lives in Central America with a surfboard and a laptop.  His recent book, “Pushups in the Prayer Room,” — a wild, irreverent, and hilarious memoir about a year he spent backpacking around the world, is available at www.NormSchriever.com.