Travel to Egypt is no longer a wish to be delayed for better days ahead. Visitors will find much of the old and some things that are very new as the ancient cradle of civilization prepares for a come-back and  a new wave of tourism next year.

A number of travel companies pulled their operations out of Egypt as the Arab Spring in 2011 brought government and order to a halt. Two coups later and months of relative peace, travel companies and travelers are getting ready to head to these ancient deserts again and see history, old and new, up close.

“Egypt is really the cradle of civilization and there is a lot of pent up demand for it now,” says John Boulding, global CEO of Insight Vacations, which has been running tours to Egypt for 35 years. “Rome pales next to Luxor and the monuments you see there. And what an amazing time to see these treasures – at a rare time in history when there are no any crowds and some very good deals. Egypt is a real magnet right now and we would say come back and before the crowds get there – it’s at vanguard of resurgence.”

Insight pulled out and cancelled its scheduled tours at the height of the uprising in 2011. It is resuming its tour schedule starting January 8, 2015 with two tours: the 10-day Wonders of Egypt itinerary and the 13-day Splendors of Egypt tour, plus a 13-day regional tour that combines Egypt and Jordan.

Demand has been strong, Boulding says. “This is a ground-breaking moment in Egypt and people have been waiting to be able to come back.” 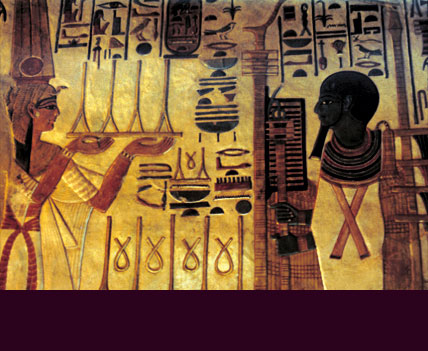 Some companies, such as Abercrombie & Kent, never left. A&K has been running tours to Egypt continuously, although some departures were cancelled during the unrest.

“We were one of very few to keep operations going in Egypt through these times,” says A&K Product Manager for Egypt, Rami Girgis, “But many of those who left are volume businesses. Ours are only small groups of 18 – it can even be just two and we will operate. We are not quite up to our pre-Arab Spring numbers. But the situation has turned around finally. Just a few months ago we started to see demand coming back.”

Egypt’s Minister of Tourism, Hisham Zaazou, has gone on record lamenting the loss of tourism in Egypt, which dipped by 25 percent during the first half of 2013. Some 14.7 million people visited the country in 2010, compared with 9.5 million last year. However, in September alone, the country saw a 200 percent rise in visitation from international markets over the same month a year ago.

Many countries began lifting travel bans for Egypt this summer and, currently, only a conservative cautionary security message remains in place through the U.S. Embassy in Cairo, asking U.S. citizens to remain alert while traveling in this country.

“We have a big presence on the ground in Egypt as a major tour operator in that country,” says Boulding. “We have Egyptians that have worked for us for 30-plus years and we’ve been monitoring at all times what has been happening there. It really would not make good business sense for us to be resuming tours to Egypt if our intel was registering a high degree of conflict.”

Insight’s itineraries focus mostly on the Nile destinations from Cairo to Luxor and up the river to Aswan. Guests pick up a spiffed up felucca in Luxor and take a leisurely three-day sail through sand and time to Aswan.

There they can see the dawn marvel that lights the dark inner sanctum of Abu Simbel shedding eerie illumination upon the giant, 72-foot statues as has been happening for 32 centuries. A ribbon of light falls on Ramses II, and the sun gods Re-Horakhte and Amon-Re. The Theban god of darkness, Ptah, is the only one that does not blaze in the solar alignment.

The tours will be sweeter still due to the absence of crowds, say both Boulding and Ramis. Hotels are discounting to bring back visitors and these efforts are being supported by the tourism ministry.

Egypt does not suffer from the same conservative Shar’ia laws that surrounding countries do. And although much about western culture is well tolerated, guests will be asked to dress conservatively as a matter of caution and respect. People are friendly however, and are welcoming visitors more than ever, Boulding says.

“The time really is now,” adds Boulding, noting that neither the deals and values to be found now nor the pleasant lack of crowds to be found now at such places as the pyramids of Giza and the famed Egyptian Museum will last. Insight intends to open up its tour itineraries to such destinations as Alexandria and the Sinai once tourism to Egypt gets back to full swing.