As the current U.S. president decimates all progress made over the past decade in climate change prevention and policies promoting environmental sustainability, U.S. adults who have traveled during the past year are beginning to sound the alarm that travel to “vanishing destinations” is more important than ever, to be done now before it is too late.

According to the latest TravelHorizons survey of 2,300 U.S. adults conducted by travel marketing organization MMGY Global, “vanishing destinations” include the Great Barrier Reef, Glacier National Park and Venice, Italy. Nearly four in ten feel it is very to extremely important to visit these destinations. Those figures play out most prominently amid Millennials, the affluent, and those with college degrees or higher.

The level of importance of visiting vanishing destinations seems to decrease with age. Half (51 percent) of Millennial travelers feel it is important, significantly more than all other generations, followed by nearly four in ten Xers (37 percent) and one quarter of Young Boomers (27 percent). Those with an annual household income of $100,000 or more display the highest level of importance to visit vanishing destinations.

Similarly, interest in vanishing lands tends to decrease as household income decreases. Four in ten travelers with an annual household income of $150,000 or more (42 percent) and $100,000 – $149,999 (39 percent) feel it is important to visit these destinations. More than four in ten (44 percent) of travelers with a college degree or higher feel it is important to visit vanishing destinations, significantly more than those with partial college education (32 percent) or a high school diploma or less (27 percent) 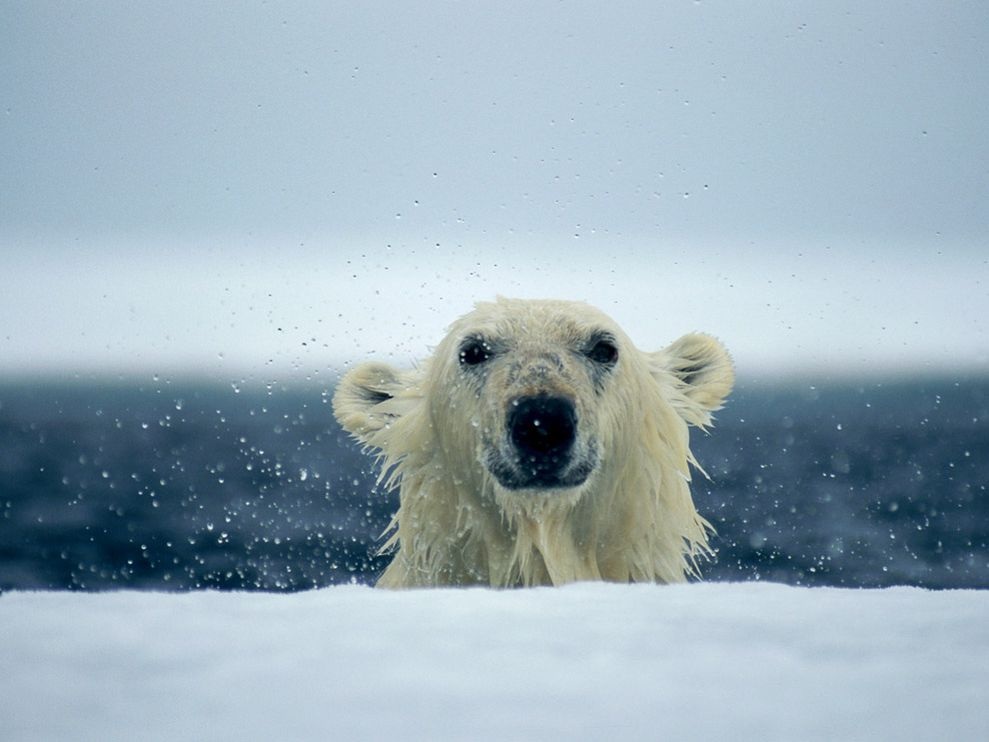 As the Temperature Rises

As climate change melts sea ice, the U.S. Geological Survey projects that two thirds of polar bears will disappear by 2050. This dramatic decline in the polar bear is occurring in our lifetime, which is but a miniscule fraction of the time polar bears have roamed the vast Arctic seas.

Climate change is melting the glaciers in iconic Glacier National Park, according to scientists, who warn that the majestic natural formations could disappear entirely within our lifetime.

The park easily counted 150 glaciers in the late 19th century. Today, the number is 26 for glaciers meeting the 25-acre threshold, says the U.S. Geological Survey. The office also predicts that 31 to 67 percent of Southern California’s beaches may be completely eroded away by the year 2100, based on sea levels rising one to two meters. Once the sand is gone, exposed bedrock may be all that’s left.

The damage from climate change is also showing up in loss of biodiveristy around the world. A 2016 report from the World Wildlife Fund shows a stunning 58 percent disappearance of all wildlife species in just over 40 years. The data is not only from developing countries but also songbird populations in the mid-Atlantic of the United States, which have declined nearly 80 percent. One-third of all North American bird species are at risk of extinction and, in the United States, two-thirds of all mammal species are declining.

The greatest factors cited in the decline of wildlife are habitat loss and degradation, changes to freshwater systems and climate change.

The Land Trust Alliance, a national nonprofit in the United States, estimates that more than 5,000 acres per day of open space is being lost to residential and energy development. That is from land previously set aside as habitat land for wildlife.

For those who want to know where to go – sooner than later, Time Magazine put out a list in 2014. The destinations are still there but the question remains: For how long?

10 Amazing Places Visit Before They Vanish

The largest coral reef in the world covers more than 133,000 square miles has always been an attraction but environmental challenges are turning coloful coral beds into underwater graveyards.

The Italian city is still one of the most romantic places in the world but its charming canals are facing ruin as the city sinks and an uptick in floods ravages the medieval treasure.

The ancient, salt-laden Dead Sea is a place for history and healing. But in the last 40 years, the lake has shrunk by a third and sunk 80 feet and disappear in as few as 50 years as the River Jordan (the Sea’s only water source) is increasingly tapped by surrounding populations.

Where there werem until recently, more than 150 glaciers, Montana’s majestic national park now has fewer than 25 and that number could go to zero by 2030.

As few of this Indian Ocean archipelago’s 1900 islands are higher than a dozen feet, the Maldives is officially the lowest-lying country on Earth – with an average elevation of around five feet above sea level. It is not a stretch to watch these islands disappear beneath the waves over the next century. Some 200 islands are inhabited and many offer some of the most sumptuous resorts on the planet, usually one hotel, one island at a time.

The Seychelles, a collection of around 115 islands in the Indian Ocean and also home to numerous luxury resorts and some 100,000 island citizens, is also looking at predictable danger and disappearance due to rising sea levels and beach erosion. It is already experiencing a devastating coral die-off.

Time to suit up and head to Europe this winter before one o the most famous skiing regions in the world takes a fate already in progress in the Rockies – and the Alps sit at a lower altitude than the Rocky Mountains. Around 3% of Alpine glacial ice is lost per year and experts believe that the glaciers could disappear entirely by 2050.

With sandy beaches and sandstone cliffs are the hallmarks of this getaway spot in the Gulf of St. Lawrence. The Magdalen Islands archipelago is regularly hit by heavy winds and horrible weather causing the island’s coast to errod by up to 40 inches a year. Whatever protective ice walls it has had over the many centuries are melting leaving the area dangerously vulnerable to destructive storms.

The Alaskan tundra is in danger diappearing as the thawing of the region’s permafrost happens at alarming rates. Take a cruise ship to some of the iconic glaciers that are now but white cracks in the cliffs.

The most-visited glacier in North America, Alberta’s Athabasca Glacier is a part of the Columbia Icefield spanning 2.3 square miles (6 sq km). The glacier is now shrinking at its fastest rate yet and is currently losing anywhere between 6.6 to 9.8 feet a year.