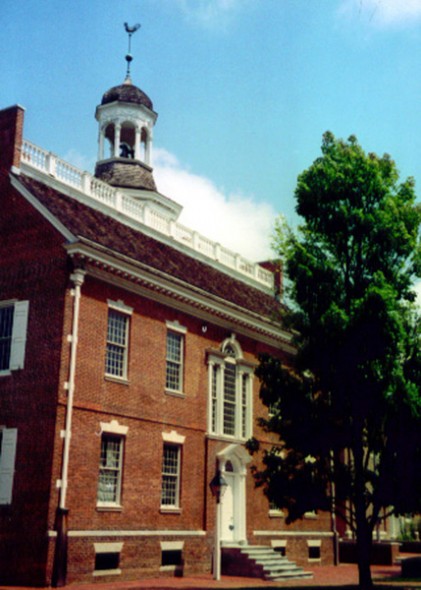 Delaware is improbably shaped and ridiculously small, just 2,044 square miles. Only 96 miles long and averaging 39 miles wide – clearly one those East Coast states you can visit in a day. Yet, it was the setting for many of the key experiences that shaped America.

I set aside almost a week in early summer to explore the first state to ratify the United States Constitution, a place that was home to three signers of the Declaration of Independence, one of the first areas of conflict between European colonists and native tribes, and a region wrestled over by a half dozen groups of rival claimants over the years.

Although Henry Hudson had seen the region a year earlier, while sailing for the Dutch, he didn’t pay much attention. An Englishman, Samuel Argall, encountered the area quite by accident a year later. Sir Thomas West, the first governor of the Virginia colony, had sent him to explore the Atlantic coast north of Jamestown. Blown off course in a storm, Argall found himself in a large bay that he cleverly named for his patron – formally known as the third Lord de la Warr.

Colonists used “Delaware” not only to denote the bay, but the river, the area and the native peoples who lived there. The native population didn’t refer to themselves as the Delaware until decades later. In the 17th century, they were the Lenape, usually translated as “original people”.

The English had a minor role in Delaware in the beginning (although all three counties in the state now bear British place names).

The first permanent settlement was Dutch, established near what is now Lewes, in 1631 – so, that’s where I started my journey.

It’s possible to arrive in Lewes, Delaware by ferry from Cape May, New Jersey — an especially appropriate way to enter a town settled by seafaring people. (It is possible to take a vehicle on this ferry. On weekends and during the summer, it’s probably best to make a reservation at least 24 hours in advance to be sure of a parking spot on board).

A small group under the leadership of Capt. Peter Heyes established the first community on the site, Zwaanendael (“Valley of Swans in Dutch) in 1631. Round one of the battle went to the Lenape: all the Dutch were slaughtered and the town burned in 1632. But, soon enough, new colonists took their place. 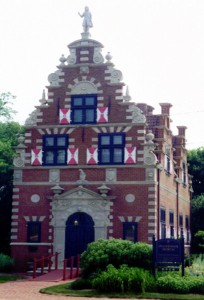 Visitors can spend a pleasant hour or so wandering the Zwaanendael Museum, built in 1931 to replicate the town hall in Hoorn, hometown of the original settlers. It depicts the region’s history from its founding to the present. Lewes is a quiet place now, but in its heyday, it was a rowdy whaling town — and a port of call for pirates, including Captain Kidd.

The British shelled it during the War of 1812, and a cannonball remains lodged in the wall of the colonial-era building that now houses a marine museum.

Lewes is on the coast of Sussex, the southernmost county in Delaware. It’s just north of Rehoboth Beach, location of a legendary outlet mall and the famous Sea Shell City.

Shopping is especially fashionable in Delaware because there’s no sales tax.

Sea Shell City, however, is also a one-of-a-kind private museum. Downstairs is the usual selection of tourist riff raff. Upstairs is the DiscoverSea Shipwreck Museum, which lures 90,000 visitors a year to see its 6,500 artifacts on display (only 10% of the total collection). Where else could you find a 10-1/2 foot-long gold chain from a Caribbean shipwreck alongside silverware from the Titanic?

Dover, the state capital, is in the middle of Kent County. And it was here, on Dec. 7, 1787, that Delaware became the first of the 13 original states to ratify the new Constitution of the United States earning its nickname, “The First State”.

This capital city is so small you can easily find a place to park at a meter on downtown streets. I confess that I spent more time in the Johnson Victrola Museum than touring the old 1792 statehouse. (Local son, E. R. Johnson founded the Victor Talking Machine Company.) The listening room, with its unmatched collection of early vinyl, is terrific.

Another “must” stop in the state capital is the Delaware Made General Store, which features items made in the First State.

After Dover, it’s an easy drive north to Wilmington. Originally settled by Swedes, it’s the state’s largest city and the anchor for New Castle County.

There is a wealth of museums in the Brandywine Valley nearby showcasing the industrial history of the U.S. that can be summarized in the growth of the DuPont family business from a small gunpowder manufacturer to global producer of complex chemical concoctions.

Other stops to consider in this area are the Longwood Gardens and the Nemours Mansion and Gardens.

The convoluted history of Delaware is obvious in the northern part of the state. If you look at a map, you’ll see that the top is defined by an arc carved out of Pennsylvania, the west and south are straight lines marking Maryland, and the east is formed by the uneven shore of Delaware Bay. The straight-line boundaries remind us that those famous surveyors, Charles Mason and Jeremiah Dixon, were imported from England in 1760 to determine exactly where Maryland ended and Delaware began – settling a long-standing dispute.

It is interesting to not that Delaware, a slave-holding state before the Civil War that didn’t join the Confederacy, lies neither north 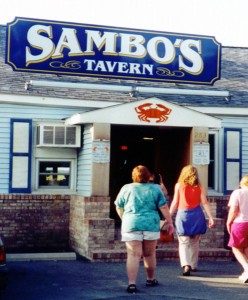 nor south of the Mason-Dixon Line – it’s east.

There are multitudes of places to stay in Delaware, from small bed-and-breakfasts to country inns to the usual chain motels. There’s only one place to eat in Delaware: anywhere that serves boiled crab. (How could you think of dining on anything else?) Pack Wet-Naps for the inevitable clean-ups.

Other stories by Susan McKee: