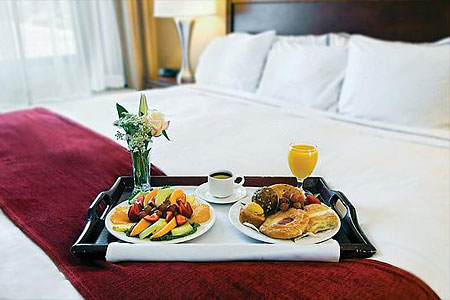 What’s a club sandwich cost these days? $24.15 if you buy off a room service menu in New York City. That bottle of water? Consider it gold if you take it from a mini-bar in a Los Angeles hotel room.

The 2014 TripIndexTM Room Service report, a cost-comparison of common incidental items and services that many travelers will encounter when staying in a hotel, shows that Las Vegas is the priciest U.S. city for in-room amenities – averaging $68 for common in-room purchases, while Denver is the least expensive at $41.

This second annual survey by TripAdvisor compared the cost of in-room amenities in 62 popular cities around the world, including 15 in the U.S. It looks at the price of a club sandwich ordered through room service, the dry cleaning of one shirt, and the costs of a bottle of water, peanuts, a mini vodka, and a can of soda consumed from the mini-bar.

Among its findings, not surprisingly, is that of the 39 percent of U.S. travelers report ordering room service in the last 12 months, only 13 percent admitted making a mini bar purchase.

The Price of Room Service in America 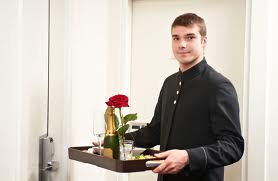 Room Service vs. Hotel Prices in the U.S.

While expensive room service and pricey hotel room rates go hand-in-hand internationally, the TripIndex shows no correlation between the two travel expenses in U.S. cities. Although travelers may pay the most in Las Vegas for room service, the city boasts the least expensive hotel rates among the featured U.S. cities ($140 per night), and is actually the least expensive U.S. destination when the two costs are combined.