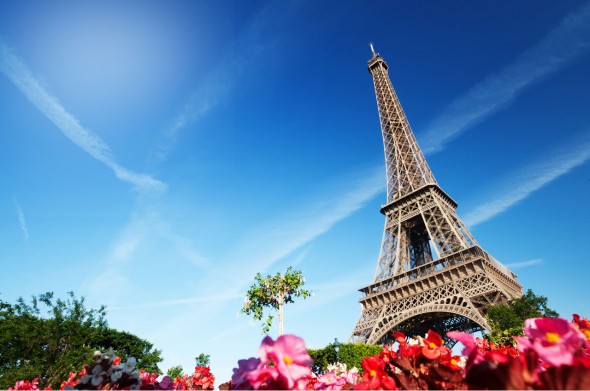 What are travel agents selling for 2016? According to one major collection of U.S. travel agents, it’s Orlando. Based on the findings from Travel Leaders Group’s authoritative 2016 Travel Trends Survey released this month, Orlando narrowly edges out Maui and Alaska cruises as the top ranked domestic destination being booked for 2016.

Among international destinations, European river cruising continues its march up the ranks, just behind Caribbean cruising and Cancun, Mexico. Additional survey findings show Paris slipping slightly, falling to #11. The results also reveal that 94.9% of travel agents surveyed state client spending will be the same or higher in the coming year and 85.2% of agents indicate that 2016 bookings are on par or greater than this time one year ago.

“Overall, the trends are very positive, yet a spotlight continues to shine on Paris,” says Group CEO Ninan Chacko. “However, with less than a percentage point separating Paris from Mexico’s Riviera Maya at #10, it’s more telling that an overwhelming majority of our agents indicated they’d travel to Paris given the opportunity – an endorsement not only for the famed city, but also for not allowing fear to dictate our lives.”

Chacko added, “Year-over-year bookings are strong heading into 2016, reflecting the psyche of the American traveler and the continued belief that travel is viewed as a right versus a luxury. The positive booking data also reflects how our agents work to exceed each client’s individual travel needs and comfort levels.”

For the top domestic and international destinations for 2016, agents were asked to name up to five top destinations they’re already booking:

Travel Leaders Group agents provided insights on how November’s terrorist incident in Paris is impacting bookings, as well as whether they’d travel to Paris and France. When asked, “Have the events unfolding in France caused your clients to cancel or delay travel to France?” Travel Leaders Group travel agents’ responded:

The remaining agents did not currently have any bookings for France – not atypical for November/early December bookings. When asked, “In light of the recent events in Paris, would you, personally, still travel to France at this time?” Travel Leaders Group travel agents’ said:

When asked, “More specifically, in light of the recent events, would you, personally, still travel to Paris at this time?” Travel Leaders Group travel agents’ replied:

Based on 2016 bookings-to-date and conversations with clients, 94.9% of Travel Leaders Group agents say clients will spend the same or more on travel in 2016.

“Heading into 2016, American travelers benefit from the strength of the U.S. dollar versus many foreign currencies, including the euro,” says Chacko. “Add lower fuel prices and American travelers now have substantially increased buying power.”

Comparing your overall 2016 bookings so far to your 2015 bookings at this time last year, which is true?

What is your personal outlook on your business in 2016?