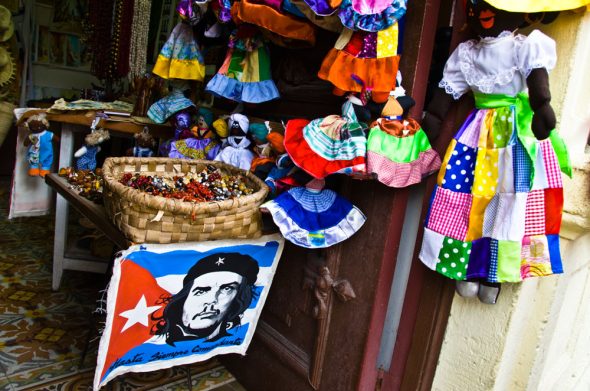 While almost nearly half the American population may have an interest in traveling to Cuba following the U.S. government’s easing of travel restrictions and improved diplomatic relations, a survey by Allianz Global Assistance found 70 percent were currently unlikely to do so. Top reasons? Safety concerns, lack of traveler information and trepidation over visiting a communist-governed country.

The survey, conducted during President Obama’s historic visit to Cuba, found that 42 percent of Americans would like to visit Cuba and that the easing of travel restrictions made 35 percent of those asked even more interested in the prospect of legally traveling to the country. But it also revealed that just 7 percent would actually be “very likely” to plan a trip to Cuba, while 22 percent were only “somewhat likely” to do so. The remaining 70 percent were not at all likely.

The major anxieties for Americans are safety concerns (44 percent) and fear of communist government (15 percent). Others felt there is a lack of information on Cuba’s travel experiences (18 percent), travel infrastructure (12 percent), internet/mobile connectivity (7 percent) or appropriate healthcare facilities (6 percent).

What would make American travelers more likely to visit Cuba?

The survey results showed that Americans want to keep their experiences inside their comfort zone, with 33 percent responding that beach resorts would make them more interested and likely to travel to Cuba. That is well ahead of Cuba’s cultural attractions (24 percent), the Cuban people (12 percent), Cuban food and rum (11 percent), classic 1950s American cars (9 percent), Cuban cigars (5 percent) and family and friends (5 percent).

Of the adventurous few that are likely to visit Cuba, only 4 percent plan on doing so in 2016, while 10 percent say they will do so in 2017, and the remainder don’t know. When U.S. travelers do start visiting Cuba in large numbers, more than half of Americans (55 percent) believe the country will change for the better.

With safety the top concern holding back travelers, 15 percent of Americans said the peace of mind of having travel insurance for this, for medical concerns, unforeseen events and safety, would make them more interested in traveling to Cuba.

After the U.S. Government’s recent announcement easing travel restrictions to Cuba, would you like to travel to Cuba?

Do the easing of these restrictions on travel to Cuba make you more or less interested in visiting the country?

How likely are you to actually plan a visit to Cuba?

If you feel likely to take a trip to Cuba, when do you think you will go?

What would make you less interested/likely to travel to Cuba?

What would make you most interested/likely to travel to Cuba?

Do you expect Cuba to change for the better or worse as a result of the U.S. easing travel restrictions to the country?

What negative changes do you expect opening Cuba to U.S. travelers will have on the country?

13% – Rapid modernization; Cuba’s not ready for it.

10% – An increase in all-inclusive resort hotels.

Are you concerned an influx of American travelers will ruin the timeless feeling of the country?

20% – Not concerned, it will change for the better.

Would the peace of mind of having travel insurance change your interest in traveling to Cuba?

Methodology: This 10-question survey was administered to the U.S. internet population on March 21, 2016, through Google Consumer Surveys, receiving 2,282 responses.