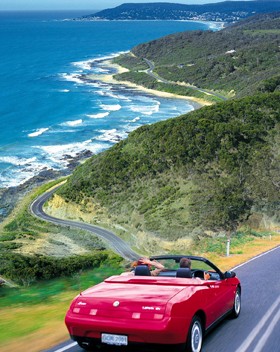 In approach of the summer vacation season, as travelers rachet up their plans for exploring places far away, a word about driving overseas is appropriate.

Traveling along many of the world’s alluring roadways can be deadly. It turns out that motor vehicle crashes — not terrorism, crime, infectious disease or plane travel — are the number one killer of healthy Americans abroad, according to the U.S. State Department.

In Thailand,  – a country roughly comparable in population to Britain – there were motor vehicle 9,205 deaths recorded in 2011, more than four times the amount occurring on British roads. More than 90 percent of the world’s overall road crash counts occur in low- to middle-income countries, such as Kenya and Mexico, according to the World Health Organization. The infrastructure often cannot keep pace with development and the proliferation of cars on the road. Roads and vehicles, which often have no seatbelts, more often than not suffer from poor maintenance, and sporadic law enforcement and substandard driver training.

Whether driving or walking in these foreign locales, tourists are particularly vulnerable because they are on vacation and often more carefree, less defended, and somewhat on autopilot even though they are completely out of their familiar environments. Habits in such instances, such as wearing helmets and seatbelts, often become compromised.

Americans who plan to drive abroad need to carry a current International Driving Permit as well as a legal U.S. driver’s license.