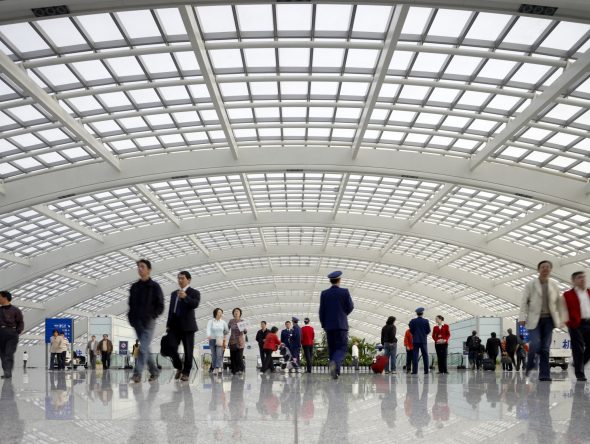 Airports are aging – fast – and as traffic through these gateways is fast outpacing their design capacities, overall traveler satisfaction with these facitilies does not seem to be eroding even if the structures are.

The North America Airport Satisfaction study released last month by J.D. Power gives the airport experience a solid “B” or a score of 731 out of 1000, according to the people that use them. The score marks a 5-point increase in satisfaction from the previous year’s results.

“Many airports, especially the nation’s largest airports, were never built to handle the current volume of traveler traffic, often exceeding their design limits by many millions of travelers,” said Michael Taylor, director of the airport practice at J.D. Power. “Yet airports are overcoming infrastructure limits by affecting the things they can influence. Airports are successfully applying technology to improve check-in, food, beverage and retail shopping experiences.”

Large and medium airports have experienced year-over-year improvements in satisfaction overall, and for all factors. Not surprisingly, satisfaction with security check improved the least (+1 and +8 points respectively), due in part to increased traveler volume contributing to an 8% increase in wait times in security lines from 2015.

Many airports are undergoing major renovations and many others are set to begin major building projects. Until these plans are completed, it likely means an increase in disruption and stress for travelers. Heavy construction will make it difficult for travelers to access the airport and, once there, it will likely make it even more difficult to navigate the crowded terminals, Taylor notes. “During construction, airports need a solid strategy for passenger flow. Much of it starts with good signage. The goal would be to prevent traveler stress and aid on-time performance. However, once these projects are finished, travelers should notice a tremendous positive difference in their airport experience and satisfaction should increase dramatically.” 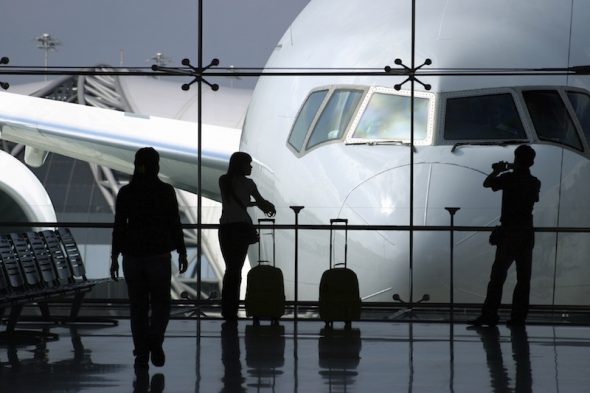 Following are some of the key findings of the 2016 study:

New York LaGuardia Airport: The biggest news among the New York area airports is the Port Authority of New York and New Jersey’s multibillion dollar redesign of LaGuardia Airport. Construction woes have contributed to a 6-point drop in overall satisfaction for the airport in 2016.  Several LaGuardia terminals are being transformed into one integrated terminal, which will be located 600 feet closer to the Grand Central Parkway. “Those current terminals handle more than 13 million travelers a year. They were designed to handle only 8 million travelers,” said Taylor. “This improvement has been needed for a long time. The new design is going to create major short-term headaches for LaGuardia travelers, but the results will be worth it. The design solves two major problems for the airport: overcrowding and the ability to move aircraft more efficiently on and off runways.”

Los Angeles International Airport: The big news at Los Angeles International is the redesign of Terminal 2, which was completed in February 2016. Terminal 2, with its new design and the amenities it now offers, represents the wave of new airport designs with a mix of local and chain restaurants and a more open feel to the terminal. While that’s a good thing, there is much more construction scheduled at Los Angeles for the next several years, and the airport’s U-shaped layout will make access an issue during renovations.

Hartsfield-Jackson Atlanta International Airport: More than 100 million people traveled through the Atlanta airport in 2016. “If you think about it, that’s putting about one-third of the U.S. population through a few buildings in Georgia over the course of a year,” said Taylor. “Yet, everything runs fairly efficiently.” Hartsfield is feeling the strain though, with satisfaction down 9 points in 2016. The airport has $6 billion worth of redesigns planned over the next 20 years.

Las Vegas McCarran International Airport: Las Vegas McCarran airport continues to set traveler volume records month after month. The airport has deployed the latest technologies to maintain a fluid traveler flow through the airport, with self-service passport control kiosks in place since 2014. McCarran has plans to double its number of international gates and take on larger aircraft.

Dallas/Fort Worth International Airport: The opening of new, innovative restaurants can drive traveler satisfaction at airports. One such example is the opening of a new tapas restaurant at Dallas/Fort Worth International, which improves 15 points in the food and beverage factor. “Food outlets such as Lorena Garcia’s TAPAS y Cocina are an excellent example of airports offering travelers something unique to their location,” said Taylor. “Texas and Latin food naturally go together. It’s a good illustration of an airport creating that ‘sense of place’ that really helps traveler satisfaction.” 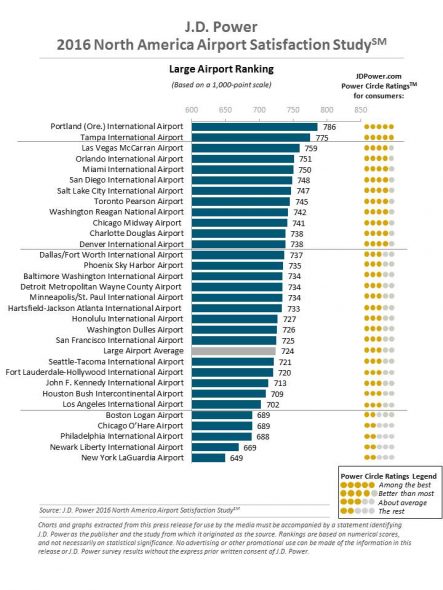 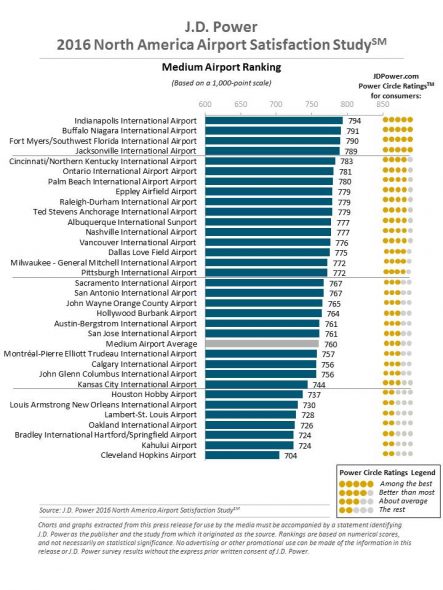