U.S. travelers rarely head out to a foreign destination, legitimate visa in hand, concerned about what might happen to them at the airport when they land. But that is exactly what happened to this writer last week. I thought I was heading off to Istanbul on a long-ago scheduled press trip to meet executives at Turkish Airlines headquarters. The contact asked if I was ready to go, if my documents were in place, and then assured me tickets and the trip’s itinerary were on their way. That was Monday. Radio silence ensued until Tuesday afternoon when I received a note that the trip, in the works since May, would not be taking place. The reason? A visa war the U.S. administration seemed to be waging with the Turkish government that day.

International events rarely creep into the places where I live. As a journalist I have been dispatched to plenty of hot spots in my life, but times are few to be counted when those events would actually stop me cold. I wondered what it would be like to be a U.S. resident from Somalia or Venezuela holding a green card or even a U.S. passport and suddenly find you cannot get back in to the U.S.

The incident in Turkey stemmed from a diplomatic spat linked to the arrest of a local U.S. consulate employee in Istanbul. The employee was accused by Turkish officials of having links to Fethullah Gülen, an exiled preacher based in Pennsylvania, widely believed in Turkey to have orchestrated last year’s coup attempt.

While the current U.S. president has openly condemned and closed U.S. borders to known rogue states like Libya, Iran, Syria and North Korea he had not openly taken the target of a key NATO ally and partner in the fight against terrorism. The move undermines an already tense relationship.

The Trump administration started the actions of closing borders in June when he imposed a U.S. travel ban aimed at residents of six mainly Muslim countries as they were trying to return to the U.S. To withstand court challenges citing the appearance of religious discrimination, Trump recently added Venezuela, Chad and North Korea to the mix. 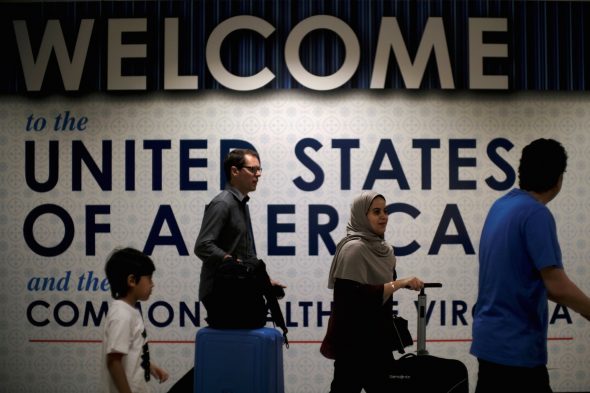 For foreign travelers coming to the U.S. and holding a valid visa or travel document, travel is becoming a risky activity as new countries are added and new and unexpected restrictions, or interpretations of those policies, take the once peaceful activity of travel into new and potentially perilous directions. Travel agents handling the plans of non-U.S.-born travelers should be aware of these issues as well and be prepared to summon support should they be called upon to do so.

Being a U.S. citizen doesn’t protect travelers from searches, and sometimes seizures, by Customs and Border Protection (CBP) and the Department of Homeland Security (DHS).

U.S. citizens can be asked to discuss their travels – why they went where they did, how long they were gone, whom they saw and what their activities were. Even if it was merely a holiday away, the authorities may ask for cellphones, iPads and computers, explaining that it’s routine practice. If they find that the devices are password protected they are allowed by law to ask owners to unlock them so they can examine them, and possibly download the contents.

American travelers are under the impression they are protected from unreasonable search and seizure, but at the border those Fourth Amendment protections do not apply. 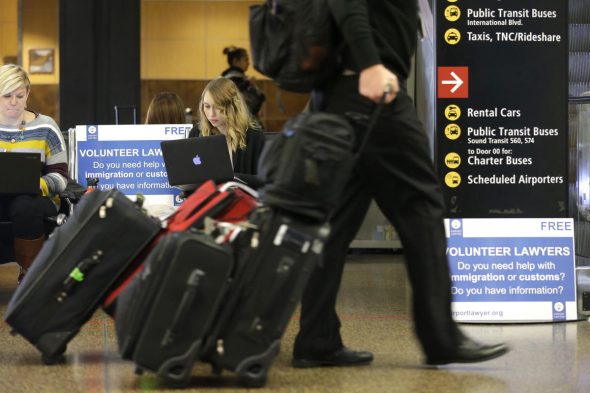 In re-entering the United States, travelers enjoy significantly fewer protections against searches and seizures. According to the most recent statistics (from U.S. Customs and Border Protection), these types of searches have greatly increased, from 8,500 in 2015 to over 19,000 in 2016, and on track for 30,000 in 2017.

Refusing to provide passwords can result in being detained and having devices seized. Faced with that, most citizens simply provide the passwords and begrudgingly let the officers scroll through their devices.

Recently, the American Civil Liberties Union (ACLU) filed a lawsuit against the Department of Homeland Security on behalf of 11 travelers, 10 U.S. citizens and one permanent resident of the United States, who had their smart phones and laptops searched without warrants. The plaintiffs in this case, i.e., the searched travelers, include an Air Force veteran, a NASA engineer and a Harvard University graduate student. None of the individuals has subsequently been accused of wrongdoing.

According to the complaint, the plaintiffs were coming back into the country from business or personal trips when their devices were searched by CBP officers. Officers confiscated their devices and held several of the devices for long periods of time. One of the individuals reported being physically restrained by border officers while undergoing questioning.

To most Americans, this practice would seem to be an enormous invasion of privacy. However, it is legal. It would seem reasonable to believe search and seizure of U.S. citizens should require a judge’s determination that enough probable cause exists to compel the disclosure of the passwords and the search. But U.S. constitutional rights, for now, stop at the airport or the border.

For travel agents handling client travels, or for travelers faced with such situations, holding a U.S. passport or other appropriate documents, perhaps even a U.S. birth certificate, may not be enough. A good number to have is this one: (908) 591-1101, Stahl Criminal Defense Lawyers. It won’t help you get a refund on Turkish Airlines but it will help you stay safe inside ever more dangerous and unpredictable U.S. borders.