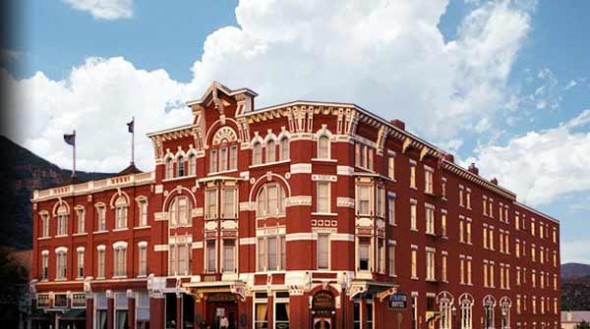 America’s historic hotels have received a boost and some sorting help recently from AAA, which sent inspectors around the country to rate and recommend the merits of some 1,500 grand dame properties aged 75 years or older.

The team came up with a list of their favorite historic properties — artifacts of eras ranging from opulent pre-Depression luxury to flamboyant Old West rail depot to sprawling Prohibition era mountain hideaway.

The following list marks the 10 top picks for hotels that best evoke an atmosphere of days gone by. 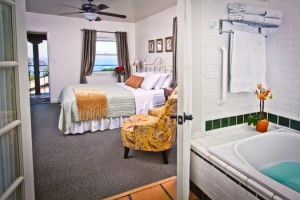 Mission-style architecture adds charm to this ocean-view inn, situated on a terraced hillside among picturesque gardens.  Because there is no elevator, be prepared to climb the stairs to get a full perspective of the property. Each step you take unveils yet another hidden seating area, artistic tile work or lush landscaping accent.

Opened in 1886 and designated a National Historic Landmark in 1969, the hotel offers a spectacular lobby with inlaid marble floors and magnificent woodwork leading to a grand staircase. From the cattle barons of the Old West to LBJ commandeering the hotel to watch election returns to today’s celebrities, guests enjoy superior service and upscale amenities.

This renovated Lake Superior brewery houses a historic hotel, an operating brewery, a brewery museum, shops and several restaurants. Guestrooms reflect the elegance of the brewery’s heydays, each unique in decor and size based on the style of building, many with great views of the lake. 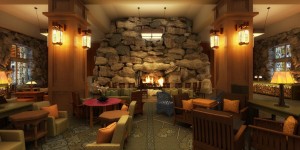 Dating from 1913, the Arts and Crafts inspired architecture and interior design are meticulously maintained.  The lobby’s floor-to-ceiling stone fireplaces mirror one another across the great hall.

The stunning 1910 architecture, restored to its grandeur in 2003, marks the building’s exterior and ornate, cathedral-height ceilings in the large open lobby. Impressive marble columns circle the lobby and one-of-a-kind antique furnishings create an environment of pre-Depression prosperity. One area not to miss is the impressive 1930s art deco style men’s room near the restaurant bar. (Women may enter after knocking.)

A popular stop on the Santa Fe Railroad, the hotel is just down the street from the “corner in Winslow, Arizona” made famous by the Eagles’ lyrics. Guest attractions include the hotel’s art museum, historical exhibits, architecture, gardens and contemporary southwest cuisine from the Turquoise Room. Restorations that began in 1997 include plans to add a million dollar garden to fulfill a dream of the original designer, Mary Colter.

This 1926 hotel where President Franklin D. Roosevelt once dined offers guestrooms with the smaller, sparser furnishings of an era when the idea was to spend time hiking in the rain forest or paddling at sunrise on the glass smooth lake. Guests can curl up next to the lobby’s roaring fire, relax in Adirondack chairs at sunset or casually stroll the rolling lawn.

The Wild West comes to life with embossed ceilings, mounted animal trophies and antiques. Calamity Jane, Butch Cassidy, Teddy Roosevelt and members of the Hole in the Wall Gang stayed here. Each guestroom features a unique theme. The hotel, a restaurant and saloon featuring the original back bar plus a complex of storefronts comprise a city block.

Among its many historical claims is The Cave, a Prohibition-era speakeasy still operating as a bar and an octagon-shaped dining room designed to avoid seating any guest ‘in the corner.’ The property is renowned for hosting the 1944 Bretton Woods Monetary Conference that resulted in the creation of the World Bank and International Monetary Fund. From a distance, travelers note the stately structure’s distinctive red roof atop pristine-white stucco masonry and local granite, set against a backdrop of the White Mountains.

Steeped in history, this downtown landmark delivers world-class accommodations and hospitality. Employees in period costume add a sense of stepping back in time to your visit. The 93 Victorian-style rooms are filled with walnut antiques and period wallpapers. Western history enthusiasts enjoy the beautiful lobby, lounges and public space. Other offerings include fine dining, nightly live entertainment and live theatre performances.

Opened in 1901, this time-honored hotel features rich, eye-catching Beaux Arts architecture. It was while staying here that Dr. Martin Luther King, Jr., put the finishing touches to his “I Have a Dream” speech. In 1968 the hotel closed and fell into disrepair.  Demolition was averted by a developer who restored and reopened the hotel in 1986 to provide luxurious accommodations and a high level of personal services.