Barcelona ranks high on most bucket lists as a must-see place at any age. And the response from the traveling community and the saner heads that walk this earth, especially in light of last month’s terrorist rampage on the crowded streets of Barcelona’s Las Ramblas, has been simply this: keep on traveling. Don’t let them win.

In light of this dogged determination to maintain a Europe that is free and that can be traveled freely, Barcelona recently rolled out a handy and expanded travel pass to ensure travelers see the sights, attractions and places they want and in a convenient and efficient way.

Barcelona Pass (www.barcelonapass.com) added nine new experiences for those exploring Spain’s second city. The all-in-one city card enables visitors to save money and time on their sightseeing in the Catalan capital, and now includes more than 20 attractions and tours across the city. Pass holders make significant savings compared with the cost of individual tickets to attractions, while gaining fast track entry at selected popular sites. 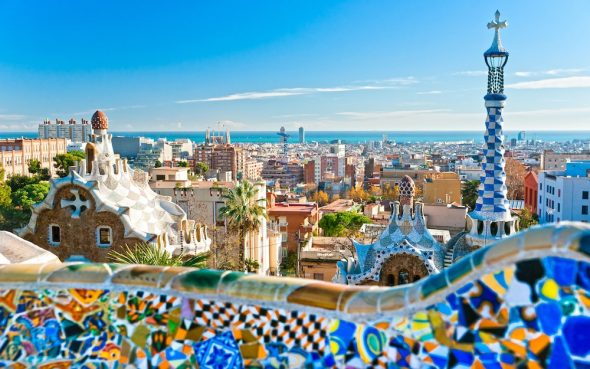 The pass is priced from €109 ( per adult or €69 per child for two days; three-day passes are also available, while an optional travelcard can also be purchased for the duration of each pass.  And the newly-introduced attractions ensure there is plenty for every visitor to enjoy:

Liceu Opera Guided Tour – a 50-minute tour of one of the city’s most beautiful and historic buildings, which is among the most important opera houses in Europe.  Normally priced at €16 ($19), the guided tour is included with the Barcelona Pass.

Casa de les Punxes – opened to the public in 2016 after being closed off for more than a century, the Casa is one of Barcelona’s most iconic Art Nouveau buildings.  Normally priced at €12.50 ($14.87), entry is included with the Barcelona Pass.

Barcelona Zoo – see live feedings and discover more than 300 species of wildlife, from giraffes and lions to alligators and Komodo dragons.  Normally priced at €19.90 ($23.67), entry to Barcelona Zoo is included with the Barcelona Pass.

Museum of Ancient Egyptian Culture – considered one of Europe’s best museums devoted to ancient Egypt, more than 1,000 items including jewellery, statues and sarcophagi are on display.  Normally priced at €11 ($13), entry is included with the Barcelona Pass.

Museum of Modernism – the only museum devoted to Catalan modernism, this houses an impressive collection of works including some by master architect Antoni Gaudí, and is a true hidden gem of the city. Normally priced at €10 ($11.89), entry is included with the Barcelona Pass.

Museum of Contemporary Art – an outstanding collection of more than 5,800 items, focusing on post-1945 Catalan and Spanish art.  Normally priced at €10 ($11.89), entry is included with the Barcelona Pass.

The new attractions join a Barcelona Pass portfolio which already includes must-do city experiences such as a tour of FC Barcelona’s legendary Camp Nou football stadium and entry to Gaudí’s masterpiece, UNESCO World Heritage site Casa Batlló, as well as a hop-on/hop-off city bus tour, walking tour and many other experiences. Barcelona Pass holders also benefit from special offers and discounts on various tours, retailers and restaurants across the city, as well as a free guidebook.

The Barcelona Pass is available for purchase at www.barcelonapass.com and can be shipped globally or collected on arrival in the city.