Take it to Tahiti

Just an eight-hour flight from Los Angeles, the Islands of Tahiti are an easy place to travel and now feature ten worthy winter packages starting at around $3,000 per person, including accommodations, international airfare and inter-island transportation.
Sample package options include: 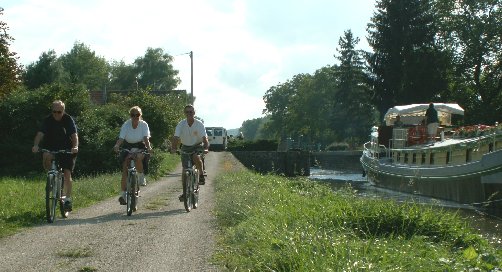 CroisiEurope is introducing barge cruises along France’s canal network in its 2014 itinerary offerings. These barge cruises allow guests to discover the French regions of Alsace, Burgundy, Champagne and Provence in an elegant atmosphere and just a stone’s throw from stunning landscapes and traditional villages. Barges accommodate 22 to 24 guests and give travelers the opportunity to visit areas rarely seen on traditional river cruises as they travel through local villages, quaint country sides, seaside towns and popular cities. Travelers who book by December 1, 2013 will save $400 off the listed price per cabin, based on double occupancy.

CroisiEurope’s new French canal barge itineraries include these options with prices reflecting a per person, double, booking by December 1, 2013:

Saône-et-Loire to the Côte d’Or:
This cruise will take guests on a scenic journey through the Saône-et-Loire and La Côte d’Or regions of France. During onshore excursions, all included, guests explore natural wonders such as Cirque du Bout du Monde and the Mont de Sene and partake in wine tastings at Santenay Chalon-sur-Saôn. The 7-day cruise starts at $2,418.

Canal du Rhone-à-Sète – Provence from Avignon to Sète:
This cruise sees the landscapes of Southern France and the rich history that lies within the region. The journey begins in Les-Baux-de-Provence, before continuing through Provence to the fortress of Aigues-Mortes for a guided tour of this medieval city. The trip will conclude in the port town of Sète where guests will discover stunning views of Saint-Clair Cross and Notre Dame de la Salette Chapel. The 7-day cruise starts at $2,530.

Paris and the Canal Saint Martin:
The first night of the tour will be spent exploring the newly renovated MS JEANINE while moored near the Eiffel Tower. The cruise starts along the Canal Saint Martin to Bassin de la Villette where guests will enjoy a guided tour of Paris and see famous landmarks such as the Opera, Place Vendôme, and the Louvre. The 4-day cruise starts at $682.

Marne-Rhine Canal from Châlons-en-Champagne to Paris:
On this 7-day gastronomic journey, guests will uncover the secrets of Frances Champagne region. Starting in Châlons-en-Champagne, guests will travel along the “The Sparkling Venice” to the birthplace of champagne, Hautvillers. From there, travel to Chateaux Theirry to explore the famous Jean de la Fontaine Museum and indulge in the local history and cuisine. The trip will finish in Paris. Prices begin at $2,488.

The Marne-Rhine Canal from Strasbourg to Xouaxange:
On this cruise guests will travel through the Green Way, named for the forests and tranquil plains and landscapes. Guests will discover the city of Strasbourg, an UNESCO world heritage site, the Artzwiller inclined plane, a structural wonder, and Marc Chagall’s unique stained glass window in Sarrebourg. The 7-day cruise starts at $2,306.

Regina Tours, which offers customized Catholic interest tours and pilgrimages, will offer two pilgrimages to the April 27, 2014 Vatican Canonization of Pope John Paul II and Pope John XXIII. The seven-day pilgrimage to Rome will depart from New York City on April 25. When in Rome, guests will get escorted tours of some of the Eternal City’s most important basilicas, including St. Mary Major; St. John Lateran, the Cathedral of Rome; the Holy Stairs; and St. Paul Outside the Walls. There will also be visits to historic sites like Capitoline Hill, the Colosseum, the Arch of Constantine, Circus Maximus, the Roman Forum, the Spanish Steps and Trevi Fountain. The trip also includes guided tours of the Sistine Chapel, St. Peter’s Basilica and Vatican Museums. Tour extensions are available as well.

The Canonization of Pope John Paul II and Pope John XXIII Rome Pilgrimage starts at $2598, based on double occupancy and including roundtrip airfare to Rome from New York City, six nights’ hotel accommodations, breakfast and dinner daily, sightseeing, airport-hotel transportation and the services of a professional Regina Tours escort. 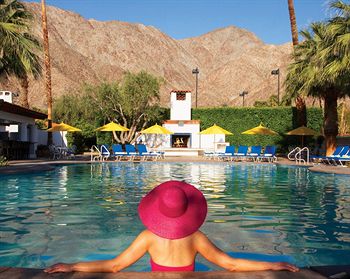 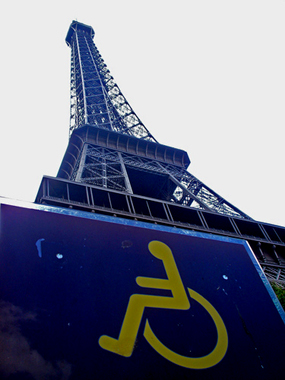 TourCrafters, a tour operator specializing in packages and tours in Europe, has published an Accessible Vacations in France brochure with five varied tours of France that should please disabled Francophiles.

One example of a popular choice is a land-only, 5-night Tour of Paris that includes airport transfers and transportation in either a specially equipped Black Cab Taxi (with driver/guide) or rental car, accessible accommodations in a 3-star hotel, daily breakfast, two dinners, and sightseeing not only in Paris but in the Palace of Versailles, as well. The lowest (off-season) price starts at $1,345 per person, double occupancy, for a group of four people sharing a taxi or car equipped for one or two wheelchairs. The price per person, double occupancy, for two people sharing starts at $1,715.

Also to be considered is a 5-night Unforgettable Normandy tour that starts and ends in Paris, and includes Normandy’s beautiful landscape of apple orchards and half-timbered houses, its historic cities and towns—Rouen, Caen, Honfleur and Bayeux—and the memorable D-Day Landing Beaches and American Cemetery. The price starts at $1,175 per person for a group of four people (one or two wheelchairs).

Another example of these specialized offerings is a tour of Burgundy. It includes the 12th-century Cistercian Abbey of Fontenay, the splendid city of Dijon, and the famous vineyards of the Côte d/Or (Gevrey-Chambertin, Vougeot, Chambolle-Musigny) as well as wine tastings. Wine tastings are also featured on the Loire Valley tour, which takes in photogenic chateaux like Chenonceau, Chambord and Villandry. The 11-night Best of France journey starts at $3,089 per person for a group of four people (one or two wheelchairs), covers Paris, the Loire, Bordeaux, Toulouse, Carcassonne, Arles, Nice and Monaco.