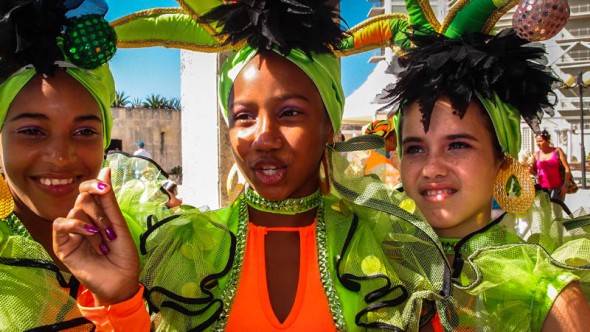 Cuba has always been a curious place, a country wrapped in frozen layers of time and on the other end of an icy rift with the United States for more than half a century.

But time passes slowly in Cuba. No doubt Columbus’ skulls are still mystifying museum-goers and Hemingway’s favorite hangouts still serve up some of the best cocktails in Havana — and likely on the same bar tops where many of the writer’s notes were scribed.

As that icy chasm between the tiny Caribbean island nation and the U.S. is now in a thaw, Cuba has opened up its shores. The United States government is making it ever easier for its citizens to hit the streets of Havana, light up aromatic Cohibas, dance to the seductive sounds of the Cuban soul and experience the raw majesty of a country in rebirth. To the enlightened traveler and the tourist alike, the pervading wisdom about visiting Cuba is simply this: See it now.

Some 90 miles off the coast of Florida in a landmass smaller than the state of Pennsylvania, the lure of Cuba has been a magnet for dreamers, starting with the Spanish explorers. Following independence from Spain in 1902, Cuba stayed free, but weighted, under the heavy hand of the United States government and U.S. business interests. The country supported those interests where it could and was duly rewarded in ways that left large income disparities among the island residents and opened the gates for a new era of socialism to settle the score.

Fidel Castro took charge of Cuba in January 1959. The stage for Las Diosas de Carneat, the cabaret at 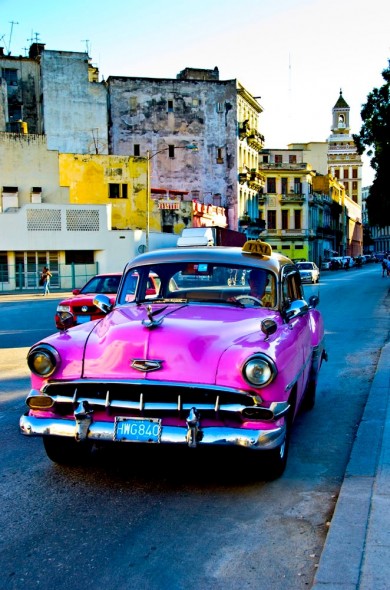 the venerable Tropicana Club, went dark. The gambling bosses quieted the dice and folded the cards. Perhaps it was still possible to get a drink by a white-suited bartender at the Tropicana Bar but not much else.

Fidel’s Cuba was not one of making money. It was one of making do. The streets of Havana still thunder with gas-guzzling Chevys of the 1950s. The country’s trains barely work, aging cars always stuck on rural tracks for repairs. Hotels often lack in service, amenities and even rooms to keep up with the demand.

But therein lies Cuba’s charm. Cuba is what it is, what it was. It does not put on airs for tourists. Rough around the edges, it presents itself in bold honesty – from 19th century buildings in disrepair, beans and rice dishes made with a mother’s devotion, paintings telling of sordid history and hope and cities, villages, mountain retreats and beach culture all mired in time that seems to have disappeared.

Any visit to Cuba comes with caveats and counsel. But having fun, getting into the beat of the surroundings and immersing in Cuba’s unprocessed beauty hover at the top of the do’s.

To start, consider six must-see regions and pare down from there.

Havana, Trinidad, Cienfuegos, Camaguey, Matanzas and Pinar del Rio are all on this list for their varying reasons of “musts.” 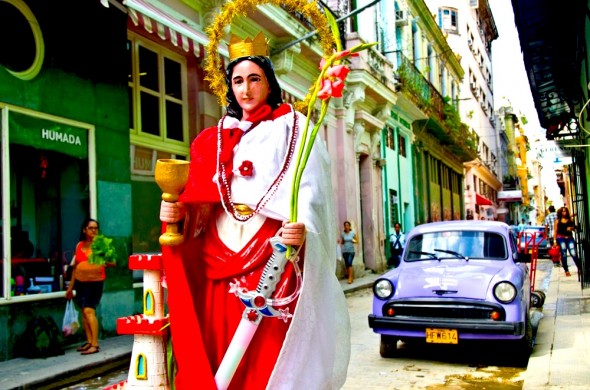 Havana Vieja is the epicenter of what is most intriguing about Cuba. The port was founded in 1519 under the Spanish Crown but the city is a swirl of influences that ensure it does not resemble any other Caribbean metropolis. Buildings tower in a collage of Cuban Baroque, Neoclassical and even Moorish touches. The Old City is compact and walkable, centering on four main plazas full character and charm: Plaza de la Catedral, Plaza de Armas, Plaza Vieja, and Plaza de San Francisco de Asis. Calle Obispo and Calle Mercaderes are the key streets that flow through Old Havana. They pass odd colored gardens, shopping bazaars selling Che hats, museums of what nots, heady bars moving the mojotos and Cuba Libres and paladar bistros putting out plates of fresh seafood and plantains.

Not far from Havana along the Atlantic coast find the historic center of Matanzas, known for fine colonial dwellings embellished with wrought ironwork. The boom days are now gone but the city still maintains enough lure to be labeled the Venice of Cuba – especially owing to its location on the sea with two rivers running through it.

Across the belly of Cuba from Havana, Cienfuegos sits on a sheltered peninsula in one of Cuba’s largest bays in a scenic spot that has earned it the moniker, “Pearl of the South.” Others have called it the Paris of the Caribbean owing to its French-style avenues hailing from its 1819 (young by Cuba standards) settlement by families from Bordeaux and New Orleans. The mélange of preserved architecture earned this harbor town of around 150,000 souls a UNESCO World Heritage designation.

Nearby Trinidad is a bit of an open-air museum. An un-sung jewel on the Gulf side of Cuba, it had some halcyon days in the 1500s and periods of prosperity through the mid 19th century, but then seemed to shut itself off from the world. It has awakened since to an appreciative stream of tourists who delight in its authentic preservation as the 1850s sugar mill town it once was. It was given UNESCO World Heritage status in 1988, and stays sweetly stalled as a town with toned, Andalucian façades, awkwardly paved streets and unpretentious grit.

Cuba’s inland capital in the 1500s, it was attacked often and then burned in the 1700s by pirate and privateer Henry Morgan, who rebuilt it as a series of mazes to dupe marauders. Some 20 churches grace these winding streets. Colorful blind alleys open into garden patios with nods to Sevilian inspiration. Clay pots are everywhere. These terracotta signatures owe to a tradition of collecting water over the past centuries and to beliefs that water sipped from a jar offered by a young girl will create an undying love for her. In July 2008, the old town became a UNESCO World Heritage Site.

As of January 15, Americans can visit Cuba without special licensing, although should still go through a licensed tour operator and usually that means trips that are focused on culture, history and people, not beaches. 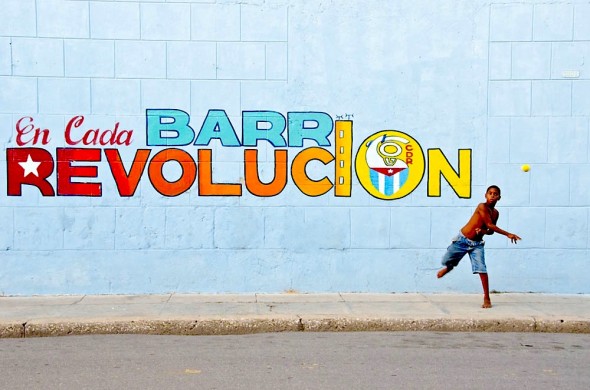 Cruises to Cuba with Road Scholar