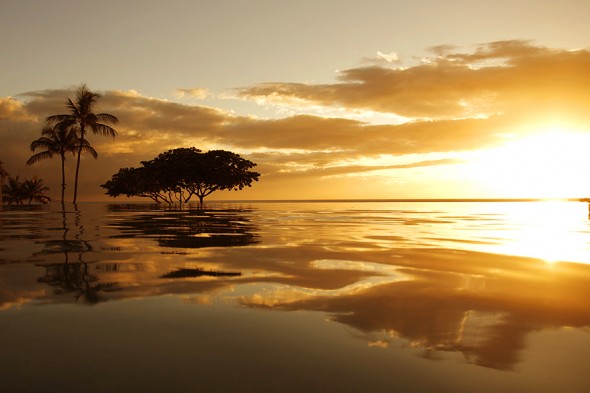 Maui hit new visitor records in 2016 and it is not surprising. With so many first rate hotels and resorts and those long lingering strands of white sand beaches, Maui Visitors and Convention Bureau executive director Sherry Duong, is calling it real enough but also unbelievable.

“Despite early forecasts that 2016 would be a soft year for Hawaii tourism, the state is on pace for a record-breaking year in visitor spending and arrivals. Maui County is experiencing a strong year as well, influenced heavily by growth in the US West and US East markets,” says Sherry Duong, Executive Director of the Maui Visitors and Convention Bureau. Airline lift accounts for most of that traffic. “Hawaiian, Alaska, Delta, American and United offer direct routes to Maui. Virgin launched a new direct from LAX to OGG in early summer that has proven to be quite popular.”

Around 100,000 more visitors came to Maui in 2016 than in 2015, raising the island’s total count to 2.6 million, a record according to data released this week by the Hawai’i Tourism Authority and a 3.9 percent increase over 2015, which was also a record-setting year.

So, what makes Maui … Maui? Many travelers might say it’s the endless gorgeous beaches that ring the island, or the tropical forests they can explore. But for insiders who really know Maui, the answer invariably lies in the hidden gems: Sunrise at Haleakala; snorkeling at Molokini, quiet ramblings around upcountry protea and lavender farms. There is a Maui for everyone.

As Hawaii’s second largest island at 727 square miles, Maui is compact enough to drive from the airport to most resort areas in under an hour. And it is easy to get around Maui for most places visitors want to go – all except for one place, which, for most agents, sits at the top of their “must-do” recommendations list.

One very popular destination for visitors is Ka’anapali Beach, a three-mile sugary beach of manageable surf, fabulous resorts and cafes with the bustling beach town of Lahaina at its gateway.

The latest resort to hit that destination is The Westin Nanea Ocean Villas, scheduled to open April 15. The new resort abuts 16 oceanfront acres of North Kā’anapali Beach. The resort, whose name “nanea” means relaxation in Hawaiian, will provide its guests with luxurious repose rooted in ancient Hawaiian culture and will feature Vistana™ Signature Experiences.

The resort will offer one-, two- and three-bedroom villas, as well as an expansive lagoon-style swimming pool, children’s beach pool and play area, oceanfront cabanas and a Workout & Fitness Studio. Mauka Makai Restaurant, the resort’s full-service restaurant, will pay tribute to the farming and fishing cultures of ancient Hawaii and use indigenous plants and vegetables grown on-site and from local farms to complement popular local dishes. It will also feature the Westin brand’s signature SuperFoodsRX™ menu, with nutrient-rich and delicious options.

Other resort amenities include those at The Westin Kā’anapali Ocean Resort Villas located next door, including Spa Helani, a Heavenly Spa by Westin®.

The villas at The Westin Nanea Ocean Villas are designed to offer many of the key amenities of home, combined with signature Westin touches. The master bedrooms have the king-size signature Westin Heavenly Beds and Westin Heavenly Baths with showers, bathtubs and vanities. The living areas bring armoires, queen-size sofa sleepers and private furnished lanais. Villas will also come with fully equipped kitchens and washers and dryers.