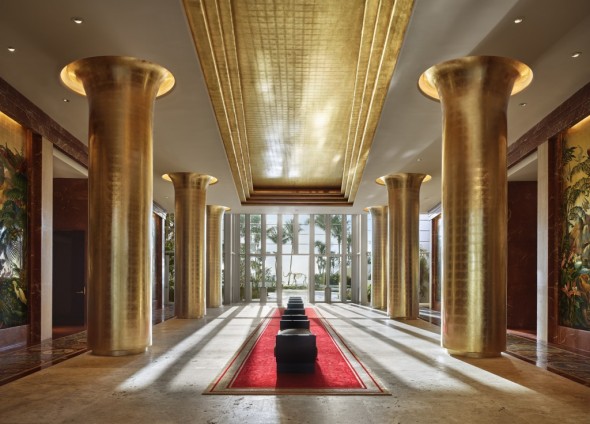 Virtuoso, the international network of luxury travel agencies, has revealed its prestigious Best of the Best hotel awards, now ten years in the running. The list takes in things that matter in travel and offers up properties that perform where story, place, experience and taste converge.

History Still Matters: Legendary hotels, some of which may even be spotted in black-and-white Hollywood classics, continue to endure amongst luxury travelers. While there is an undeniable expectation of upgraded rooms and modernized amenities, it is impossible to put a price tag on the timeless essence left by eclectic guests who once walked through the doors.

Where in the World? With seven continents, 195 independent countries, and nearly 7,000 different languages in the world, discerning travelers want to see, hear, taste and feel the authentic attributes of the location they have chosen to visit. Properties that establish this level of cultural immersion and tell a story with every element down to the smallest detail have the deepest resonance with upscale hotel enthusiasts.

Travel to Experience: In a world where social media has transformed the way we live and travel technologies are rapidly evolving, the desire for careful curation prevails. From high style and haute cuisine to groundbreaking designs that transform a property, guests are seeking out hotels that deliver a certain “feel” that represents their own lifestyle. Their quest to collect “likes” ultimately leads them to a more personalized experience.

Giving Back: Can a hotel change the way a guest sees the world? Luxury travelers are looking to broaden their “Journey to Global Citizenship,” using travel as a means of educating their children while simultaneously giving back to a local community in a meaningful, engaging way.

For these categories of what matters most in travel, the preliminary list below will be followed by final selections to be announced in August.
Best Achievement in Design

Hotel of the Year