A recent poll released by Allianz Travel Insurance found a Vacation Deficit in their data — that fewer Americans would be traveling this summer. But they found that of those traveling the spend would be more.

The Vacation Confidence Index released today by Allianz Global Assistance at the end of June found the average American household was, say, somewhat confident they would be taking a vacation this summer and would spend, on average $1798, up roughly 11 percent from last year’s average of $1621 per household.

The survey revealed that while half (50 percent — down one point since last year) of Americans are confident they’ll take a vacation some time in 2016, four in ten (39 percent, up three points) are not particularly confident about it (26 percent not at all/12 percent not very).

Meanwhile, MMGY Global, an integrated U.S.-based travel and hospitality marketing firm’s findings from its annual Portrait of American Travelers (POAT) survey found that Americans’ intent to travel is actually up 14 percentage points over 2015, and intent to spend on transportation, lodging and entertainment is set to increase by nine points. 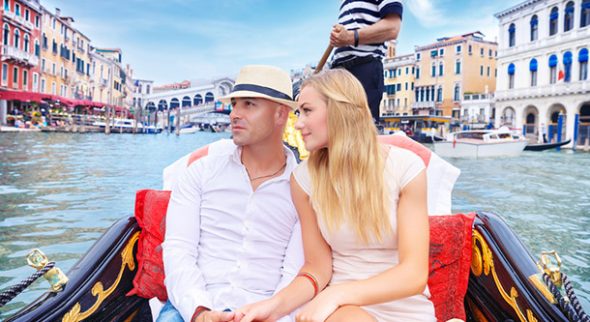 MMGY Global predicts a record number of vacations and new highs in vacation spending among American travelers in the next 12 months and believes this 10-year high will surpass the pre-recession record.

Highlights of the MMGY POAT survey:

The days of defining travelers by broad generational segments are coming to an end. Recognizing that Millennials are the largest generation in U.S. history (84 million compared to 78 million baby boomers), this year’s report dug deeper into the data to better understand the behaviors within this group, as well as behaviois within Gen Xers and baby boomers.

HENRYs: “High Earner, Not Rich Yet”

This traveler is a luxury consumer with a high, steady cash flow who is ready to spend for quality and service.

Three-fourths of HENRYs are willing to pay full price for a vacation and two-thirds of HENRYs expect personalized attention and options while on vacation. If HENRYs are disappointed by a travel service provider or a destination, they share it – 45% of HENRYs post written reviews on travel review websites or blogs. Marketers need to join the online conversation and be proactive in monitoring and responding to segments like HENRYs.

This traveler is married with children but vacations alone to reclaim his/her independence.

A full third of all vacations taken by GottaGoSOLO travelers are taken alone, while four in ten were with their children and a quarter with their significant other and no children. GottaGoSOLOs take more vacations than committed family-only travelers. This phenomenon appears to be closely

correlated to age – almost three-fourths of GottaGoSOLOs are Millennials, while a third are Xers.

These travelers “Zoom Everywhere Enthusiastically” and are active retirees who are traveling more and spending more, but are slow to join the sharing economy.

On a relative basis, this segment is spending more on travel (an average of $7,988 on vacations with the intent to spend more) and taking more extended trips than most any other micro-segment POAT identified this year. YAHTZEEs are domestic vacationers and nine in 10 of their vacations were within the United States. They generally opt for revisiting past favorites. They are slow to adapt to the sharing economy, and only one in 10 has tried shared accommodations, such as AirBnB, and less than one in 10 has used ride-sharing services such as Lyft or Uber while on vacation.

These are amateur adult athletes without children who are redefining wellness in travel.

10% of American travelers travel annually to participate in 5K races, marathons, triathlons, cycling races, or other competitive athletic events. More than eight in 10 Jet Sweaters vacation in order to enhance existing relationships and to experience different cultures, compared to fewer than seven in 10 non-sporting travelers without children. Three-fourths of Jet Sweaters want to experience new cuisines, significantly more than their non-sporting counterparts.

These are families with children 12 and under who influence vacation-planning decisions.

Three in four Brat Pack members select vacation destinations based on activities available to children, compared to two-thirds of travelers with teenagers. Six in 10 Brat Pack members say their vacations are entirely-child focused, compared to just a quarter of travelers with teenagers. Messaging to Brat Pack families should be targeted to the needs and preferences of children, whereas travel messaging to families with teens should speak more to their parents and their expectations of a family vacation.

Typically, travelers have turned to travel supplier websites for inspiration and have relied heavily on online travel agents for booking. However, new research shows that these roles are reversing, according to MMGY. When looking for travel and inspiration for their next vacation, just 18% of travelers noted turn to brand.com sites this year, down six points from 2015. However, 21% turned to online travel agents during this phase of the purchase path.

However, 32% of travelers surveyed said they prefer to book directly with travel suppliers, compared to 31 percent who book on online travel agent sites.

Half of all travelers who flew to their vacation destinations during the past 12 months typically booked their flights through an airline website or app, while only a third used an online travel agent website or app.

40% of travelers now typically book accommodations through a hotel website or app, while only a third book through an online travel agent website or app.

The study revealed that hotels are taking a more aggressive stance to drive direct bookings, while online travel agents continue to invest in building awareness and preference for their sites at the top of the planning decision funnel. Numerous hotel brands have, in recent months, introduced guaranteed lowest-rate pricing for their loyalty club members, thereby providing a compelling incentive for consumers to book direct on brand.com sites.