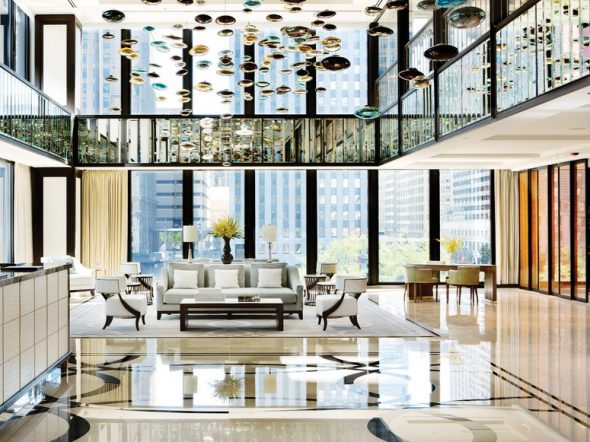 U.S. News & World Report recently released its rankings for the 2017 Best Hotels worldwide. The survey evaluates more than 3,000 luxury hotels across the USA, the Caribbean (now including Havana, Cuba), Canada and Mexico.

In the Best Hotels in the USA rankings, Chicago’s The Langham jumped to No. 1, followed by Hawaii’s Four Seasons Resort Hualalai at No. 2 and The Jefferson, Washington, DC at No. 3. U.S. News awards the top 10 percent of ranked hotels with a Gold badge. New York City, Las Vegas and Los Angeles are home to the highest number of winning hotels for 2017 and hotels in these cities are three times more likely to offer infinity pools, free fitness classes and free kids clubs than other ranked hotels. And consumers are willing to pay more for top quality –so the research shows that the hotels listed in this table are approximately 60 percent higher in price than their competitors.

New this year, U.S. News debuted a ranking of the Best Hotels in Havana. IBEROSTAR Parque Central takes the top spot on this inaugural list.

Top Hotels in the USA

Top Hotels in the Caribbean