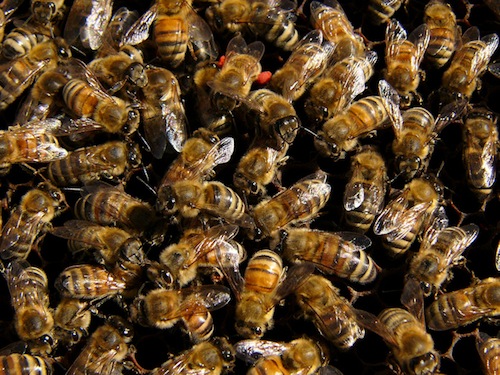 Bees – and guests – are treated like queens these days as hotels get into the act of beekeeping for honey and planet. In a movement that has seen buzz from Paris to Beijing to the rooftops of San Francisco and New York, beekeeping has found a new pride, with honey served fresh from the hive at distinguished restaurants just paces from the places it is made. 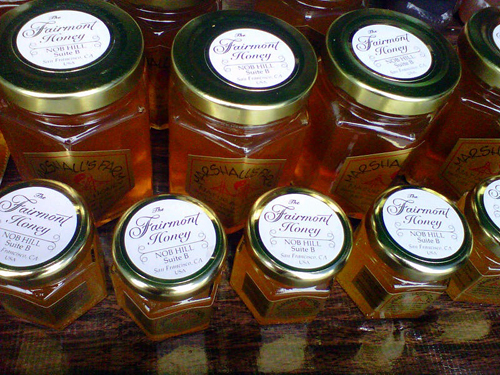 Toronto-based Fairmont Hotels has lead the way in putting its money on the honey with some 18 hotels around the world now sporting bee boxes on rooftop and garden swatches. Some come from local farms, others arrive off the boat from Italy, but all are busily plying the local pollen for each host hotel’s own signature blend of nectar.

Whether used in soups and salads, served on scones or doused in divine truffles, the hotel honey more than makes up for the intensive work required to keep hundreds of thousands of bees happy and healthy.

The Four Seasons Hotel, Atlanta has a fifth-floor terrace apiary that produces the honey used in the “Honey Delight” spa treatment — a honey-oatmeal scrub followed by a honey oil massage. The Brown Palace in Denver likes to think it gives its bees the “royal treatment” in pampering its rooftop colonies for honey served at the Palace’s legendary afternoon tea. The Mandarin Oriental Hotel Paris is experimenting with its new bees and plans to hand out little honey pots as gifts for guests.

“Expanding the concept of hospitality to the keeping of bees was a natural for us, especially in our location, which is famous for the honey that comes from around here,” says Michael Hoffman, Managing Director of The Boulders in Carefree, AZ just outside Scottsdale. “We see it as a way of helping and enhancing the local ecology and adding some local flavor into the guest experience.” 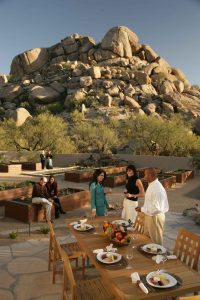 Honey Festival at The Boulders

The Boulders, now a member of the Waldorf Astoria Collection, is creating much more than great taste with the addition of the new hives. The resort is holding its first annual Arizona Honey Fest, September 29-30 at the el Pedregal, the resort’s outdoor marketplace. Along with live bluegrass entertainment there will be cooking with honey seminars and honey spa treatments, not to mention the showcasing of honey-hewn fare – from honey cakes, to honey fries to honey mojitos. Guest chefs from the Waldorf Astoria Collection, the Arizona Biltmore, and the Roosevelt in New Orleans will lead the culinary demos while honey tastings, wax-making studios, honey jar gift drawings and a four-course honey dinner happen throughout the two days.

The Boulders offers an AZ Honey Festival package to complement the event: $489 per night (excluding taxes and fees) buys a private casita; a four-course dinner for two inclusive of wine pairings, taxes and gratuity; all the fest events; a welcome amenity, and Golden Door spa facility use and fitness classes.

Add $125 and receive the Arizona Honey Blossom: a 50-minute spa treatment that exfoliates then wraps in honey, butter and milk.

While honey is a known anti-oxidant full of powerful natural nutrients for all facets of the body, the incorporation of bees on hotel grounds keeps the species alive and well and helps prevent the continuing catastrophe of colony collapse. 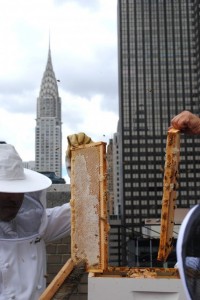 The United Nations sounded the alarm recently in an international move to save bee colonies. The colonies have declined as much as 85% in some areas, particularly the industrialized and crowded urban areas in the northern hemisphere, according to a report by the U.N.’s environmental agency. Experts point to use of pesticides, air pollution, parasites, the loss of flowering plants and a decline in beekeepers in Europe as some of the causes.

“The way humanity manages or mismanages its nature-based assets, including pollinators, will in part define our collective future in the 21st century,” said Achim Steiner, executive director of the United Nations’ Environment Programme. “The fact is that of the 100 crop species that provide 90% of the world’s food, over 70 are pollinated by bees.”

Whether those bees live on a New York City rooftop and graze the flora of Central Park or enjoy the lavender and sage of Sonoma before bunking back at a hive at the Sonoma Mission Inn, the bees are buzzing and available for appreciation. Suit up!