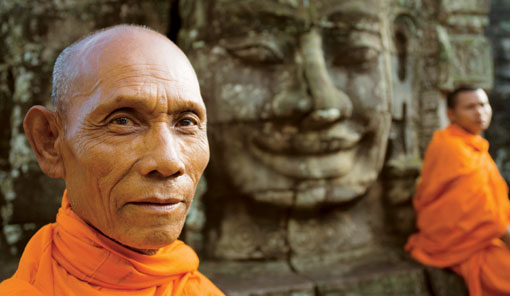 Cambodia’s most famous site, and arguably one of the world’s most iconic landmarks, Angkor Wat is the reason that most tourists visit the country. Siem Reap, the town built up around Angkor, is the starting point for tours to the Unesco World Heritage site but for those wanting to see more, here is the recommended list. 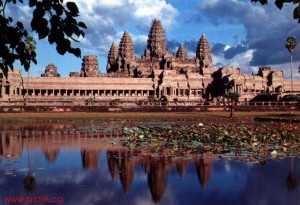 Beyond Angkor: a temple safari
As well as the popular temples around Angkor Wat, relatively untouched ruins lying deep in the jungle can now be visited on a temple safari. A two- to five-night adventure is recommended for visiting remote temples to the north, such as Banteay Chhmar and Prasat Damrei, the monastic complex of Preah Khan, or Prasat Thom, the vast pyramid at Koh Ker. Similar to luxury African safari tents, a tour company such as Cox & Kings will pitch tents within the temple grounds allowing guests to see the impressive sites at sunrise and sunset, without too early a wakeup call. 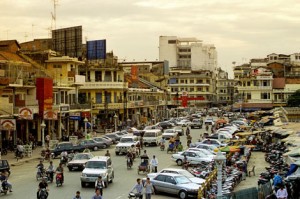 Phnom Penh
Cambodia’s capital has had a turbulent recent history but has emerged as a busy Asian city with an exciting food scene. At the meeting point of three rivers, it is a jumble of colonial buildings, temples, wide avenues and fascinating markets. The National Museum gives a good introduction to the history of Angkor Wat and the Royal Palace complex is an excellent example of Khmer architecture.

For a shocking look at the atrocities committed by the Khmer Rouge from 1975 – 79, visit the Tuol Sleng genocide museum. In the heart of the capital, the former school became one of Pol Pot’s most notorious prisons: Security Prison 21 (S-21). Just outside the city are the seemingly peaceful fields of Cheong Ek. Made famous by the movie, The Killing Fields, a Buddhist memorial now remembers the 17,000 victims killed there.

For a stay in one of the city’s grandest colonial buildings, try Raffles Le Royal. The Elephant bar serves its signature Femme Fatale cocktail, which was inspired by Jackie Kennedy’s visit in 1967. They say they still have the glass she drank from… 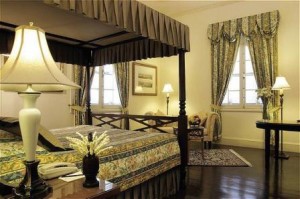 Cardamom mountains
Covering over 20,000 sq km in the south-west of Cambodia, the Cardamom mountains are one of south-east Asia’s most important eco-regions. A little explored, untouched mountain region, it is home to more than 100 animal species including tigers and Asian elephants. If possible, stay at the 4 Rivers Floating Lodge to explore the wildlife, waterfalls, river valleys and mangroves that characterise the area.

Birdwatching
Prek Toal bird sanctuary, close to Tonle Sap lake, is the most important site for large waterbirds in south-east Asia and is a birdwatcher’s paradise. Birds sighted regularly include cormorants, spot-billed pelicans and ibises. It is an integral part of bird conservation in Asia and many endangered species are now thriving. Day trips can be arranged from Siem Reap or Battambang. 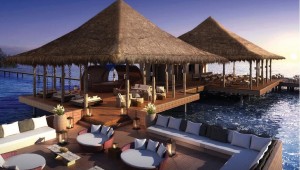 Sihanoukville
Only four hours’ drive from Phnom Penh, Sihanoukville on the Gulf of Thailand is Cambodia’s best beach resort. The area is much less developed than its counterparts in Thailand but visitors should be aware that luxury facilities are more limited. There are white sand beaches, lined with palm trees, and many undeveloped islands off the coast that can be explored by boat. Stay at Song Saa, a 30-minute speedboat ride from Sihanoukville. Cambodia’s first truly luxurious resort is on two of the islands in the Koh Rong archipelago. Connected by a footbridge that crosses over the marine reserve, the exclusive hideaway resort has a world-class restaurant and wonderful spa.