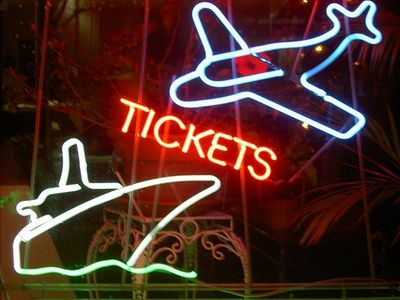 When it comes to planning a vacation what wields more weight in determining whether customers get what they want: Price or Advice?

If you ask travel agents at the Ensemble Travel Group, they will tell you – you guessed it – price may be queen but product and destination knowledge is definitely king. The question came as part of a recent survey Ensemble conducted of its 850 agency members in the US and Canada ahead of its 2012 conference in Las Vegas.

Tabbed “Ensemble Insights,” the survey showed, among other findings, the importance of destination knowledge. Nearly 50 percent of the respondents indicated this to be a key factor in influencing their clients’ travel purchasing decisions for 2013. In addition, 25 percent of the respondents said quality of product and authentic experience (17 percent) can be expected to impact their clients’ vacation buying in the coming year. Price, deals, and discounts were considered least important. The survey brought to light what factors contribute to a consumer’s choice to eschew booking with a mega online travel agency or going directly to a  supplier. Complimentary amenities and special perks also ranked among the top reasons consumers opt to do business with a travel agent, or in this case, an Ensemble agent.

“While consumers still place a high degree of importance on the value of their travel dollar, the fact that price is no longer the driving force behind their purchasing decisions is extremely encouraging,” says Ensemble’s Lindsay Pearlman, co-president.

Several of the “Ensemble Insights” questions veered into the particulars of marketing luxury travel. Some 42 percent of respondents said they expected spending to increase in 2013, with 10 percent indicating less and 48 percent unchanged. When asked about booking habits, 64 percent of respondents indicated luxury clients are booking six to nine months out in the coming year, followed by 20 percent at 3 to 6 months in advance, 12 percent at 10 to 12 months out, and four percent a year or more.

In other survey results:

Ensemble is a cooperative membership of travel professionals based in the U.S. and Canada that is able to leverage buying power, perk power and marketing power in the products and destinations sold internationally, while keeping sellers honed on what’s hot and noteworthy in travel throughout the world. The buying power of the membership allows agents to pass perks and value onto customers along with the bonus of knowledge about the experiences they are selling.

“Suppliers have long-standing relationships with these agents,” says Pearlman, noting that with all the things that can go wrong in travel, with an Ensemble agent, it can usually be resolved quickly in a phone call between people that know each other and work together.