If travel were the patient and a steady tick up of travelers were the benchmark of health, the medical community would be not only impressed but looking for a way to bottle and sell the patient’s success formula. According to a recent survey of the travel industry by CheapOAir, (based on travel departing and returning between January 1 – March 31 for each year from 2013 through 2017.) Travel has been growing by leaps and bounds and has no interest in slowing.

The report prepared by the widely-used flight-focused hybrid travel agency, shows that travel within the United States is up nearly 50% since 2013, while outbound travel to international destinations is up a massive 170%.

The data indicates a healthy travel industry and gives a positive outlook for an industry with critical economic importance nationwide. According to the U.S. Travel Association:

In addition to traffic and pricing data, there are some fascinating travel details. Thursday is the most popular departure day, while Sunday and Monday are the least popular days to depart. The data also showed that travelers are increasing the length of the trips they are taking. In 2013, the average trip duration was 10.03 days, which jumped to 13.61 in 2017. Overall, the total number of U.S. passengers has grown by 85% in just five years, indicating that as flying is becoming increasingly affordable, people are traveling now more than ever. 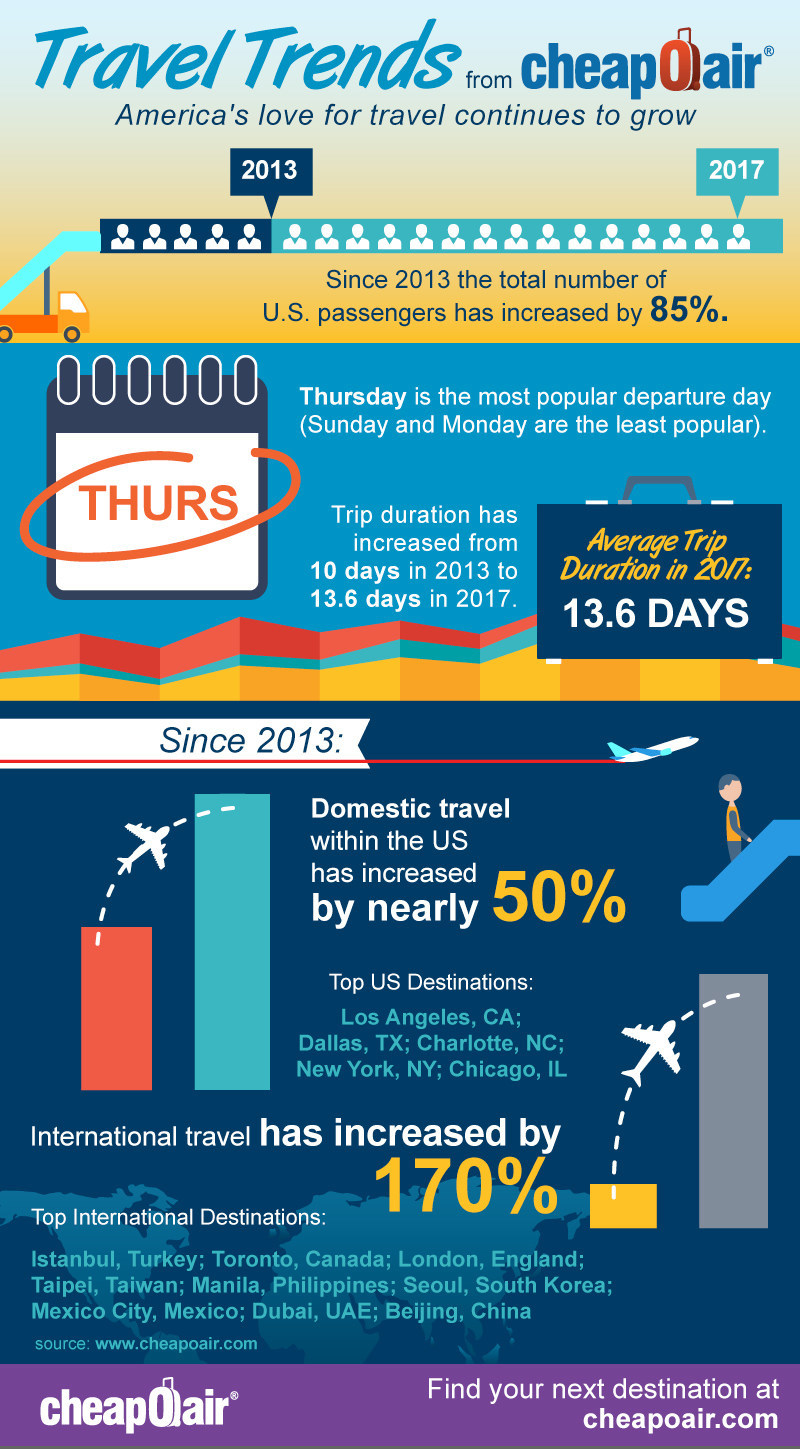