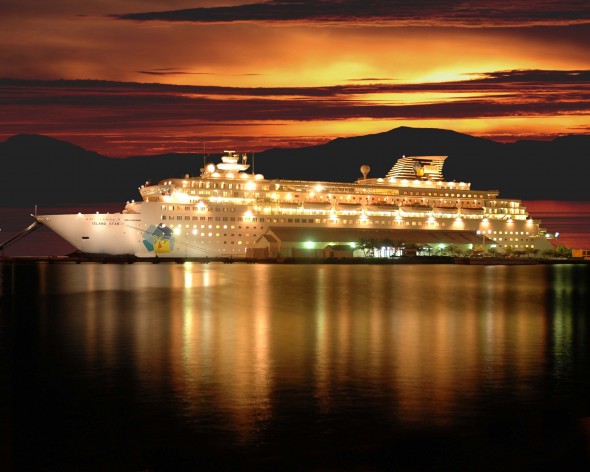 The cruise business in 2014 will continue to support travel agents (and their clients) — as it has clearly done in 2013 — with more specialty/intimate offerings, and more creative sales and marketing approaches all designed to enhance profits all the way around.

As just one category of such innovation, for example (as has become well-known), river cruising is enjoying quite a heyday. Agents aren’t just agog over the sub-sector’s growth in terms of its newbuild ships and expanding capacity, but their increased profits.

“European river cruising continues to be a mainstay of our business, as I suspect it is for many others’,” says Howard Moses, President, the Cruise Authority, Marietta, GA, “Clearly the growth the river lines are experiencing portends a very bright future for this segment.” 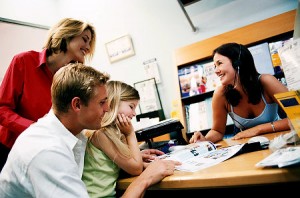 Well-known statistics from the Cruise Line International Association (CLIA) indicate that 90 percent of all cruise sales — river, ocean and more –are mediated by travel agents. For their part, agents find that cruise sales often account for fully half of their sales. From the cruise industry and clients’ perspective, agents’ critical importance doesn’t just lie in filling spare cruise ship cabins; they offer qualitative insights that the cruise lines can and do regularly use to innovate in order to promote loyalty and goodwill.

Clearly, well-positioned agents can tell which way the wind blows when it comes to 1) guests’ habits and preferences; and 2) their reaction to new vessels, amenities and itineraries the cruise lines may devise.

How Business Is Better

How well did the business affect results in 2013? How well will it do in 2014? Moses and three other top-producing agents all point to considerable improvement in 2013, and great promise for 2014 — not just due to things the cruise lines have done, but finding that the global economy has slowly emerged, however begrudgingly, from the doldrums. According to Moses, “business is better, if still only fair, and there’s still general restraint among travelers,” he says.

But, ever since bookings lifted noticeably in the first half of 2013 — that is, since the U.S. presidential election was decided; the impact of Hurricane Sandy on East Coast bookings faded; and the U.S. Congress addressed the “fiscal cliff” (and later in the year, ultimately prevented a U.S. government shutdown), “we’ve definitely been getting fewer mixed signals… Still, we’ll sell a world cruise one minute; see a family struggle to fund a four-night Bahamas cruise the next. Yet, I’m still optimistic for 2014 — the economy is better, business overall is picking up.”

Agent Jeffrey Gordon, President, the Gordon Group, Davie, FL, similarly finds 2013 to have been strong, with 2014 likely to be stronger. At least there was plenty of 2013 capacity available, he says, enough so that the annual outcome was even better than he expected, and 2014 looks like it will be better still.

“In fact, our 2014 business has taken off like a rocket, especially in niche and specialized markets. One thing has become clear: people are creatures of habit: once they travel, they will travel again,” Gordon says. “The recovery has been duly slow, but lately the stock market has soared. That has had its due impact on our agency’s inquiries, bookings, sales and profit.”

As to booking windows, mostly the agents agree that, in terms of retail business, the more complicated destinations are booking reasonably far out, whereas the easier itineraries still book relatively closer in.

Early 2013 — the so-called wave season — yielded a welcome fringe benefit to agents, Gordon adds: the cruise lines took a creative, even curative approach to their traditional, overall overcapacity. “Finally the cruise lines promoted deals that favored the agency community—before, they’d reduced prices and commissions to fill space,” says Gordon. “An example would be Celebrity’s 1.2.3 GO promotion, wherein the cruise line funded the incentive (if only for the wave season). This was one of the best and most effective promotions I have seen in a long time.”

In any case, says Gordon, “the avid traveler is still looking for something to excite his/her taste buds and is forward-thinking. He/she will continue to travel and utilize a travel agent.” Mary Jean Tully, chairman and CEO, The Cruise Professionals, Ltd., Mississauga, Ontario, Canada, agrees: “The clientele I deal with are loyal and continuing, realistic but optimistic. They simply won’t give up their God-given right to travel.”

In the midst of a recovering economy and a buoyant stock market, an agency’s new cruise clients may yet twist in the wind. But Gordon says agents can still find, at least in the premium and luxury segments, plenty of repeat cruisers to close. That itself is revealing and affirming. “Repeat clients still call and are a source of strength,” he says. As well, it appears booking windows are somewhat longer—depending, again, on the nature of the client–for so-called mass-market or contemporary clients, “we’ve definitely seen a closer-in booking window over the last year.”

Generally, the differences between first-timers and repeaters, on the one hand, and mass market and luxury clients, on the other, seem to have become more pronounced: for example, first-timers and mass-market types tend to be aggressive shoppers for deals; they don’t “get” the value of a good agent.

By contrast, premium and luxury clients are indeed Gordon’s creatures of habit, quietly insisting that certain things they want, like cruising, aren’t fungible (exchangeable for, say, an appliance or new car). Cruise customers actually have a greater freedom of choice among amenities and more freedom than ever from middling service. Such clients have hardly stopped cruising and by no means wish to eschew an agent’s proven services.

Certainly, this has been what Amy Jetter, consultant and founder of Destinations Travel, Holmdel, NJ, has found — with some stipulations. She asserts that the rebounders aren’t very significant in her business and, truth be told, the length of booking windows, for her, has never varied much over all kinds of clients.

“My clients have been steady all the way through,” says Jetter. “If anything, the lower cruise prices in recent years encouraged them to take advantage of more trips, longer trips, higher categories (suites, etc.).” In addition, “both my group bookings and individual ones continue to be made with normal to long lead times–not closer in than usual. My clients understand this is in their best interest and, to book earlier than later is usually in the best interest of all.”

(Editor’s note: This is Part I of a two-part series on travel agents and the cruise industry).

Bill Becken is a Senior Editor at Travel-Intel and Tours.com, and frequently writes about the cruise industry.
Posted By: Lark Gould  01 Dec 2013
Previous Post
Next Post