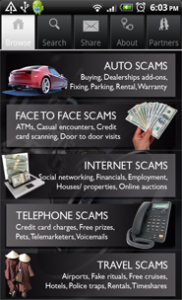 While Washington lawmakers are looking at the language of a Privacy Bill of Rights act circulating through the Halls of Congress, more and more greedy mobile phone apps are crowding the consumer landscape with unusual ways of extracting consumer information and exacting buyer attention.

A recent National Public Radio report shed light on a topic that is not always transparent to the average mobile phone user: apps that extract consumer information and then sell that information to third party advertisers.

For instance, downloading an app for something like “nail polish” then generates other apps appearing without permission on your phone. In the case given, an icon appeared almost imperceptivity called “Top Offers,” which was one of the networks built into the nail polish app that was originally downloaded.

Other apps, such as Hotels.com, will send regular and often annoying messages of hotel deals right into the phone’s notifications area. The ads, links and icons that appear here and there on the phone screen without permission usually will not indicate the original app that enabled their presence.

Kevin Mahaffey, chief technology officer at Lookout, a mobile security company, told NPR that as many as one in every 20 free apps for Android phones use such techniques and millions of people have downloaded apps that work this way. Lookout has identified apps that change the settings on mobile phones, browsers, even record consumer phone numbers and email addresses and then send them to third parties.

Observers of these channels note that with a trail of one’s GPS data and some of that person’s friends’ GPS data marketers can predict to within 60 feet where a target will be 24 hours later.

While such knowledge, appearing slowly on the radar of mobile phone users as if another function or a new social media platform, may spur legislation going forward, companies such as Lookout are creating digital fixes that screen “spamminess” in apps for consumers who want to protect themselves.

One new scam-busting app out there already available in iPhones, while not rooting out sophisticated hacking companies, is doing its job in a free  and handy information icon that, when activated, outlines all the latest (at this count some 550 of them) scams afoot with descriptions of each scam and advice on avoidance tactics. Travel-Detector can be downloaded free of charge at the Apple App Store and is also available now for Android users.

The creators of the app received the 2011 Consumer Champion Awards, hosted annually by the Government of Alberta, Canada.

Every scam in the app can be instantly shared on Facebook, Twitter, or by e-mail, while users can submit their own scams.

Check out the top scams of the week at www.scam-detector.com.