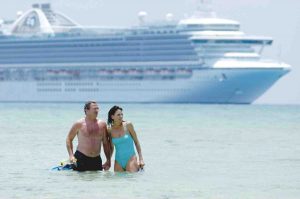 Romance with the high seas

While that most famous of circumnavigators, Phileas Fogg, inspired the notion of sailing around the world in 80 days, most people, including cruise lovers, are lucky if they can take a two-week vacation. In response to an increasingly time deprived society, many members of Cruise Lines International Association (CLIA), including luxury and specialty lines, report a trend towards new short, or shorter, cruise sailings in all parts of the world.  These “mini” or “sampler” cruises are proving popular with frequent as well as first-time cruisers.

A recent CLIA survey of member cruise companies found that short cruises have grown in their appeal to a broad range of vacationers, from the new-to-cruising set, to families, working professionals to honeymooners to independent travelers seeking to combine a cruise with land programs. Because they cost less than longer voyages offered by the same cruise line, shorter cruises can stimulate last-minute travel decisions.

Driving the trend are a number of factors at home and abroad. The increase in domestic ports of embarkation – more than 30 in North America – has opened up the world of cruising to a far greater vacation market. 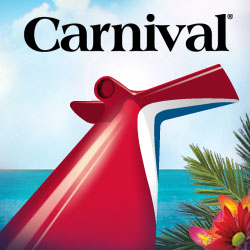 Carnival Cruise Lines, for example, estimates that half the population of the U.S. is now within driving distance of a cruise port.  Short cruises, historically the “entry” market for the industry, are effective in building interest in the newer ports and cruise lines have responded with more offerings.  Carnival officials indicate that 50 percent of the company’s capacity is devoted to short cruises.

Globalization of the industry also has driven the increase in short cruises. The Bahamas, Caribbean and Mexico/West Coast, traditional short cruise markets, remain strong, but travelers looking to sample the cruise experience or to find a vacation that fits a busy work life will discover new short cruises in other destinations such as Europe where many cruise companies have increased capacity and even committed to year-round deployment in order to attract European vacationers.

In addition to the increase in itineraries of one-week or less offered by the “large ship” cruise lines, Europe’s river cruise companies also have had success with shorter voyages.

Avalon Waterways, for instance, offers four-day voyages on the Danube, four-night Christmas cruises, and short “cruise-only” options that are particularly popular, according to company officials, with independent travelers who want to combine a short cruise with land arrangements or who may want to sample river cruising. 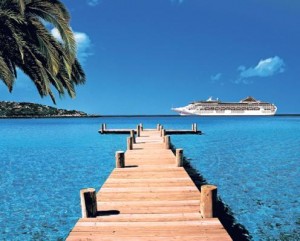 Shorter voyages also can represent significant savings, with a strong value proposition that extends across all price categories of cruises.  The ultra-deluxe Crystal Serenity offered five- to eight-day voyages in the Mediterranean this summer and the company says it will continue to have more short-length cruises going forward.  Silversea Cruises, another top of the line luxury company, offered a six-night itinerary this year.

Many vacationers, even experienced cruisers, may be surprised to discover the extensive choice of short cruises on the market. Holland America Line has sailings as short as one day. Cunard Line features an annual five-day Fourth of July Getaway from New York to Canada and New England as well as its popular six-day transatlantic crossings on Queen Mary II. Celebrity Cruises will introduce four- and five-night cruises to the Caribbean from Fort Lauderdale on the “Solsticized” Celebrity Constellation this year. Louis Cruises enables travelers to discover the Greek Islands in four days and three nights.  MSC Cruises offers three- to five-night voyages in the Mediterranean, South America and the Caribbean.  And through 2014, Princess Cruises brings a new series of three- to five-day sailings from Fort Lauderdale and Los Angeles on two ships, the Ruby Princess and the Golden Princess.  Holiday itineraries and repositioning voyages often are other opportunities to enjoy a shorter cruise. 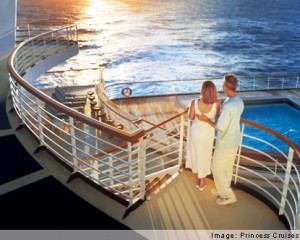 While the world of classic cruising remains in tact with 10-day to two-week itineraries and even ‘round the world jaunts, bringing a “taste” of cruising to a wider planet is strengthening the sails and sales for the industry.