As Forbes Travel Guide hits its sixth decade in decoding what luxury and service mean in hospitality industry, Travel-Intel spoke with Forbes Travel CEO Jerry Inzerillo to find out just what it takes for a hotel to make the cut.

The secret sauce for a five-star rating starts with service, Inzerillo says, although service alone won’t put a property over the top. That will be up to the five dozen or so inspectors globally that enter hotels for two-night stays and run through a checklist of more than 900 details, marking and rating, sometimes coming back six months later or sometimes sending a separate party with different needs to return to a hotel and mark improvements or declines.

“You cannot stay competitive in a global market if you are only king beds and Olympic pools,” says Inzerillo.

Forbes Travel took over where the Mobile Travel Guide left off. The star rating guides that started in 1958 were rebranded as Forbes Travel Guides in 2009. The company shares nothing with the magazine and content company of the same name. Forbes Travel Guides currently counts 1,609 properties (hotels, restaurants and spas) in 50 countries in its star-rated collection and next year plans to be represented in 60 countries, Inzerillo says.

“We are simply responding to a global cry for transparency,” he says. “In this age of fake news and so many online booking entities, who do you trust?”

Forbes Travel Guide offers itself as a validated source of information that is vetted and revetted annually. “You can’t buy these stars and you can’t influence them,” Inzerillo says. 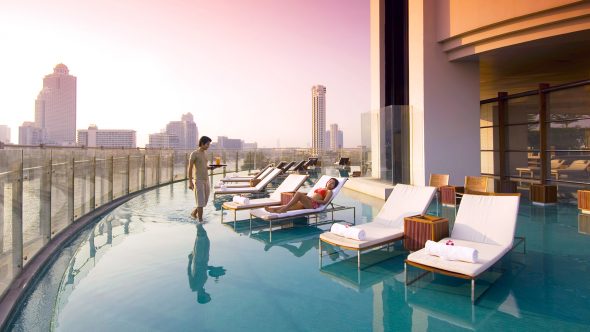 Inspectors are chosen from a large pot of interested prospects but not everyone makes the cut. The position is mostly full time and although inspectors live everywhere in the world, they come to the Guide’s headquarters in Atlanta for six weeks of rigorous training. They are chosen largely from the travel and hospitality industry but carefully monitored for certain biases – or worse: travel fatigue.

Checklists are checked and rechecked and hoteliers that do not make the cut often get angry. “I can’t tell you how often I am on the phone trying to explain the system to some of these GMs,” he said. “They really have a hard time believing anything on their property could be less than perfect.”

But for hotels, there is always next year and another chance. And for those properties that are motivated and serious, Forbes Travel Guide offers a consulting and training service for properties to get them in shape enough to earn their stars.

So where does the man who has stayed everywhere prefer to take his holidays?

The Belmond Hotel Cipriani in Venice and the Peninsula in Hong Kong are among Inzerillo’s favorites.

Four-Star: Exceptional properties offering high levels of service and the quality of facility to match.

Of the 2018 properties recently rated, there are: