A flight compensation company for passenger rights has found that in 2017 more than 1 million passengers traveling from the US may be entitled to over $555 million in airline compensation due to missed connecting flights.

AirHelp notes that if flights are booked together under one reference code, passengers can claim $300 – $700 in compensation from the airlines if they miss a connecting flight due to an earlier disruption. While many travelers don’t know how to determine whether they are eligible for compensation, or how to file claims, the site helps passengers check for and file for eligibility a direct online tool.

Every frequent flyer knows how the stress adds up when sitting on a delayed flight, knowing that they might miss their connection. It is a common fear. This can be particularly stressful when flying with family and kids.

Missed connecting flight: compensation up to $700

Disrupted flights are at the top of concerns noted by frequent flyers, a pain point that does not seem to be fading with new technology or improved airport operations.

An airline operating a disrupted flight should offer affected passengers alternative transport if both flights inside a connecting route have been booked together under the same booking reference. In addition, under EC 261, the airline must also pay passengers between $300 to $700 in compensation if the passenger arrives at the final destination more than three hours late when the missed connection is due to a delay on a previous flight. The passenger may also be entitled to compensation if they miss a connection when the passenger is denied boarding, or if their first flight has been cancelled. If the cause is a cancellation, flights can still be eligible even if the total delay to the final destination is less than 3 hours.

For a multi-flight trip, it’s possible that only a portion of the booking will be factored into compensation. To determine this, a journey must meet a few conditions:

As the amount of compensation due depends on the distance, the disrupted flight and any legs that come after it are factored with it. Any legs of the journey that came before the disruption might be included as well if they were operated by the same carrier responsible for the delay, and if there were no intervening flights operated by a different carrier.

If one airline causes a missed connection, they are usually responsible for all of their own flights, even if they came before the disruption. They are also responsible for any later flights that are affected independently of the operating airline. 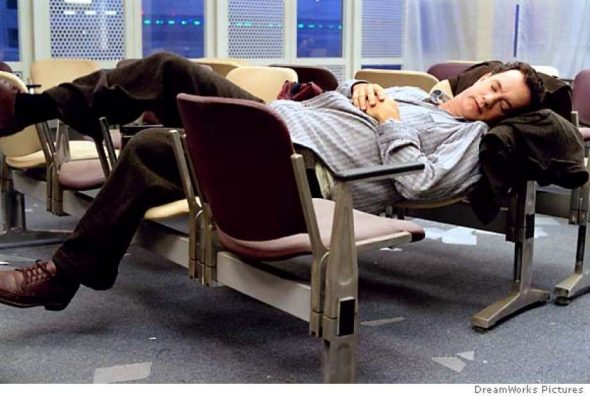 When booking connecting flights, the individual transfer times at the respective airports must be taken into consideration. The guidelines for transfer time are set by each airport itself, and may differ depending on the route, as the route determines the gates and terminals. For example, the connecting time may be larger for international flights than national flights, but as an average the recommendations for time required within a range of an hour in Frankfurt am Main, 90 minutes in Miami. and as much as three hours in Beijing.

These times are particularly important for passengers who book their flights individually. Anyone who misses their flight between two separately booked legs may not be entitled to an alternative flight or a compensation payment for their missed connecting flight, unless the first flight was delayed by more than three hours.

If a passenger is stranded for an extended period of time at the airport and does not accept any offer that results in them waiving their right to compensation, such as accepting a bonus points voucher, the passenger can file a claim for later on. In addition, the affected parties should keep all receipts for any expenses incurred as a result of the delay.

Entitlement to compensation is regulated by EC 261, which covers all flights departing from a country in the EU. Flights returning to the EU are only covered if the airline operating the flight is from the EU. US travelers are covered on all flights within the EU and departing from the EU, as well as for flights on EU airline carriers. However, no claim for compensation will be valid if extraordinary circumstances are the reason for the delay. Examples of “extraordinary circumstances” deemed by the courts include bad weather, security threats and airport strikes.

On top of EC 261 compensation, the carrier also must provide passengers with meals and refreshments during the delay, as well as access to communications, including telephone calls, fax messages, and emails. If the passenger is forced to stay overnight due to the delay, the flight company also should pay for the hotel, and transport to and from the airport. 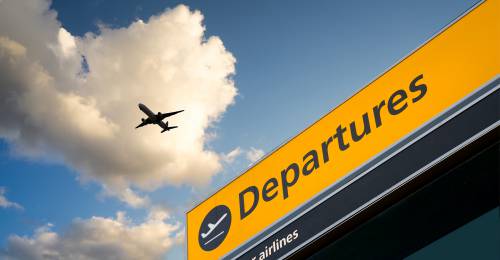 Airline Compensation on the Go

Affected passengers can check if their flight is eligible immediately at the airport. They can make a quick scan of the boarding pass and file a claim in a matter of minutes through the free AirHelp mobile app, available for iOs and Android devices.

In this case, there is a catch but only if a passenger collects. In that case, AirHelp or other third-party compensation agencies, such as ClaimCompass, will take a quarter of the proceeds. Passengers are certainly able to file directly and keep all their entitlements. Filing will be through the airline itself but it may take months and go through all manner of upsets. The third-party agency cuts through all that helps claimants save on time and headache. The third-party agencies, such as AirHelp mark a new and emerging – and unfortunate – industry that has surfaced in the travel world. The assistance is legitimate. The laws entered the books in Europe in 2004 however, it is estimated that only nine percent of passengers affected and eligible even know about their rights to claim compensation.

The following is an overview of the transfer times for 30 major airports: