The Resort at Paws Up near Missoula, MT is gearing up for the May “Glamping” season when luxury stays in Big Sky country mix with a variety of complimentary wilderness adventures.

Rates for May at Paws Up start at $765 per person, per night for a one-bedroom tent suite (based on two adults), or $640 per person, per night for a two-bedroom tent suite (based on two adults and two children). Travelers choose from the luxury ranch resort’s five decked out tented camps, including the newest and most luxurious addition, Cliffside Camp with stunning vistas of the Blackfoot River from a private outdoor deck, plus ensuite bathrooms with heated floors, down comforters on amazing beds, western chic interiors and a private camping butler. Rates are all inclusive of active wilderness tours and horseback rides as well as gourmet meals and personal service.

The resort sits on 37,000 acres with 100 miles of trails, 10 miles of the Blackfoot River and the 1.5-million acres of the nearby Bob Marshall Wilderness.

Air Added on Silversea Cruises to Asia Booked through March

Silversea Expeditions is including roundtrip economy airfare for new cruise bookings on select Asia Pacific expedition voyages. Also available are reduced business class airfares. The bookings must be made by March 31, 2014. The offer is available for a limited time from select gateway cities in the U.S. and Canada.

A sampling of these Asia Pacific expedition voyages include: 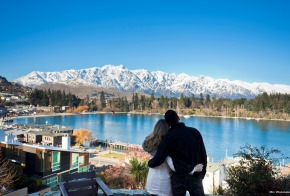 Bachelor fans and hopeless romantics can “Fall in Love with New Zealand“ and experience “New Zealand in Bachelor Style” with two packages from Down Under Answers that showcase New Zealand for all its magical possibilities.

A 16-day, 13-night Fall in Love with New Zealand package traces the footsteps of The Bachelor in Auckland, Hobbiton, Rotorua and Taupo, also including visits to Napier (Hawke’s Bay), a beautifully preserved 1930’s Art Deco style town, plus Queenstown, and stunning Milford Sound. Pricing begins at $6,199 per person, double, based on May 1 – June 28, 2014 departure dates, including round-trip airfare on Air New Zealand from Los Angeles to Auckland, returning from Queenstown.

The 11-day, 8-night New Zealand: The Bachelor Style package is for romantics and adventure-seekers alike with visits to Auckland, Waiheke Island, Hobbiton, Rotorua and Taupo. It recreates the itinerary of the engaging places Bachelor Juan Pablo Galavis and his dates stayed and experienced. For example, guests will spend several nights at the award-winning luxury retreat Huka Lodge (where the ladies spent their down time) as well as try their hand at an adrenaline-filled ogo ride — a favorite of Galavis’.
Pricing begins at $6,599 per person, double, based on May 1 – June 28, 2014 departure dates, including round-trip airfare on Air New Zealand from Los Angeles to Auckland. 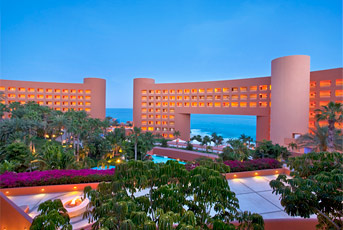 The Westin Resort & Spa, Los Cabos offers some inviting quick escapes with the InvigoratingSpa Package and Golf Guest Room Package. Both packages can be combined providing guests with the ultimate vacation experience. For a two-night stay minimum, the Invigorating Spa package brings on the pampering perks, including SuperFoods breakfasts, daily 50-minute spa treatments, and various wellness amenities, plus a stay in an ocean view room for rates starting at $315 per night. The Golf Package offers guests an ocean view room, daily breakfast buffet, tee times at a choice of three top-notch Questro Golf courses, and a special welcome margarita cocktail with rates beginning at $390 per night. 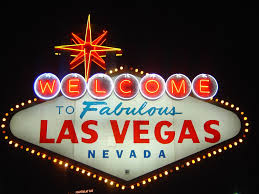 Spring Break without Breaking the Bank in Las Vegas

Mandalay Bay, MGM Grand, The Mirage, Luxor and Excalibur are offering a spate of deals and rates with their Spring Break Unleashed packages. Whether travelers are looking to party all day in the sun at the city’s famed dayclubs and pools, enjoy some classic R&R at supreme spas or take the kids on a family-friendly trip, vacationers will find values in spa, dining and entertainment options.

Each property offers its own sets of value-packed deals and rates. Promotion runs through June 30.