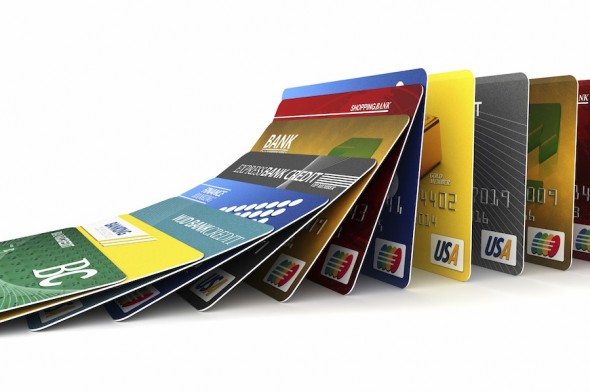 Although airlines are adjusting the bar on points and rewards, making this coveted currency ever more difficult to earn and harder and harder to dispense, there is still a jockeying among credit cards companies to attract spend-happy travelers and have them believe that points are, indeed, mounting in the bank.

Global energy politics have resulted in something of a boon for American households in recent months, with dramatically reduced prices at the pump expected to save the typical family roughly $750 over the course of 2015. Airfares are finally starting to reflect reduced jet fuel costs and an already-frantic fall and winter travel seasons is shaping up – and with it, a financial tailwind in valuable credit card rewards.

Travel rewards have actually grown even a bit more lucrative in the past year, according to CardHub’s latest Credit Card Landscape Report. Sign-up bonuses worth up to $625 and various other perks are in the offing.

CardHub compared more than 1,000 credit card offers in order to identify some of the most rewarding travel deals. 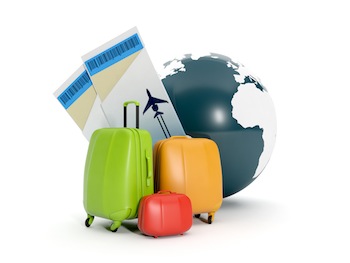 Spending $3,000 during the first 3 months you have this card will score you 50,000 bonus points, which can be redeemed for a $625 statement credit applicable to travel-related charges that post to your account. On an ongoing basis, this card provides 3 points per $1 spent on travel and gas, 2 points per $1 on dining and entertainment, and 1 point per $1 on everything else. Its $95 annual fee doesn’t kick in until the second year either

Spending at least $4,000 during the first three months your account is open will trigger a 40,000-point rewards bonus, which can be redeemed for $500 in travel accommodations booked through Chase’s Ultimate Rewards Program or a $400 statement credit.

Perhaps the best rewards credit card on the market, Arrival Plus offers a 40,000-mile rewards bonus – redeemable for $400 in travel expenses – in return for spending $3,000 during the first three months your account is open. You’ll also earn the miles-equivalent of 2% cash back on all other purchases and receive a 5% rebate on miles redeemed for travel.

This card does not charge a foreign transaction fee and its $89 annual fee is waived for the first year.

Spending $3,000 in the first 3 months will get you 40,000 bonus points, which can be redeemed for a $400 statement credit attributable to any travel-related expenses. The ongoing reward rate is 2 miles per $1 spent, with no limits or expiration dates. This card charges a $59 annual fee, beginning in the second year and does not assess foreign transaction fees for purchases processed abroad.

Spending $500 or more with this card during the first 90 days that you have it will get you 40,000 bonus miles, which can be redeemed for 2 round-trip domestic flights.

You’ll also earn 2 miles per $1 spent on FlyFrontier.com and 1 mile/$1 on all other purchases. There is a $69 annual fee.

In addition to a $200 initial bonus for spending at least $2,500 during the first three months, this card provides you with 5 points per $1 spent on all airfare and 1 point per $1 on everything else. It does not have an annual fee, but you might have to pay a one-time $15 to join an eligible association, if you don’t initially meet PenFed’s eligibility requirements.

You may not have heard of Club Carlson, but it represents a number well-known hotel brands such as Radisson, Park Plaza, and Country Inn & Suites. This eponymous card Club offers 50,000 bonus points with your first purchase and an additional 35,000 points for spending at least $2,500 within 90 days.

You’ll get 60,000 bonus points in return for spending at least $1,000 during the first three months you have the IHG Credit Card. That bounty is redeemable for up to 12 free nights, as IHG offers rewards nights for as low as 5,000 points through its PointBreaks program.

IHG card users also receive one additional free night each year on their account anniversary and an annual 10% point rebate (up to 100,000), in addition to 5 points per $1 spent at IHG hotel chains, 2 points per $1 spent at gas stations, grocery stores and restaurants, and 1 point/$1 on everything else. This card does not have a first-year annual fee ($49 thereafter) and does not charge a foreign transaction fee. Hotels operating under the IHG umbrella include the Holiday Inn family of hotels and Crowne Plaza.

More details about this offer can be found in our IHG Credit Card Review. You can also learn more IHG Rewards Club in general by checking out our IHG Rewards Program Review.

Charging $3,000 to this card over the first three months you have it will trigger a 60,000-point initial bonus – redeemable for up to 12 free hotel nights, depending on how your hotel of choice is classified. Unfortunately, this offer comes with a $75 annual fee as well as a 2.7% foreign transaction fee, making it best suited to domestic travel.

You can learn more about Surpass and how it compares to Hilton’s other rewards cards in our in-depth HHonors card comparison. Additional details about Hilton’s rewards program more generally can be found in our full HHonors Program review.

You’ll earn a 25,000 points bonus after if you can manage to charge $3,000 to this card in the first 3 months your account is open. This bounty will score you 8 free hotel nights, depending on your hotel choice. The card has no annual fee in the first year, but will charge $95 after.

This Pentagon Federal Credit Union offering provides 5 points per $1 spent on gas (at any station, as long as you fill up at the pump), 3 points per $1 spent on supermarket purchases, and 1 point per $1 on everything else. Signing up for the card will get you a $100 bonus for spending $1,500 in the first 90 days the account is opened. The Platinum Rewards Card doesn’t have an annual fee and no fee for foreign transactions, but you might have to pay a one-time $15 fee to join an eligible association, if you don’t initially meet PenFed’s eligibility requirements.

This Amex offers 6% cash back on groceries (up to $6,000 per year), 3% on gas and department store purchases and 1% on everything else – making it a great card for everyday spending as well as road trips.

While this card does charge a $75 annual fee and a 2.7% foreign transaction fee, you also get a $150 initial rewards bonus for spending at least $1,000 during the first three months.

Finance Travel By Reducing The Cost Of Existing Debt

If you have existing credit card debt (or you will after your impending winter vacation), transferring what you owe to the Slate Card could save you more than $1,000 in finance charges and help you reach debt freedom way earlier than you would otherwise. Just make sure to use this Balance Transfer Calculator to determine how much you’ll need to pay each month in order to be debt free by the time Slate’s 15-month 0% intro term gives way to high regular rates.

What really sets Slate apart from the balance transfer pack, however, is its lack of fees. More specifically, Slate charges neither an annual fee nor a balance transfer fee – which itself will save you hundreds. New applicants will also benefit from Slate’s new credit score tracking feature.

Finance Travel With 0% On New Purchases

This card offers the longest 0% purchase APR on the market, at 21 months. So, if you won’t be able to pay off the cost of your coming trip in a single month, this is a great option to consider. All you have to do is use the calculator to see what monthly payments you’ll have to make in order to be balance-free by the time regular rates take effect.

It’s also important to note that this card probably isn’t your best bet when it comes to balance transfers, despite its near two-year interest-free term. That’s because it charges a 3% balance transfer fee. For the average consumer, who owes roughly $7,350, that fee alone would amount to $220.