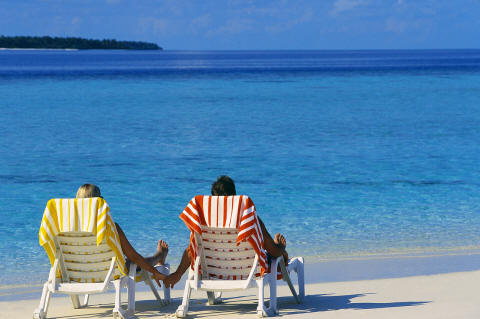 “Go ahead! Make my day!” the famous octogenarian actor/director said to the empty chair. If that chair could talk, it might have said “Day? You mean ‘day off?”

The fact of the matter is most of the people sitting in chairs, sitting at desks and standing present at their jobs so this nation can tick are not taking time off. Vacation deprivation is becoming the new pop syndrome, right next to sleep deprivation and time deprivation.

According to a new study that pretty much supports the old studies, we are, in fact, a nation of vacation debtors – those scoundrels who successfully get away with not taking their time off each year and happily and dutifully give at the office instead.

The Bureau of Labor Statistics (BLS) reports some 39.7 percent of American workers (or about 55 million people) did not have access to paid vacation time in 2011. Similarly, Harris Interactive study for JetBlue found that 57 percent of working Americans whose employers did offer paid time off left an average of 11 days on the table at the end of 2011. Nearly 10% of those surveyed reported that the unstable job market and a U.S. unemployment rate of 8.3% made them afraid to take time off. 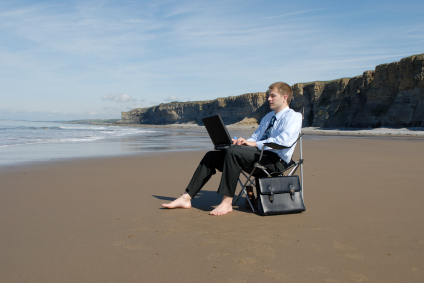 For instance, Los Angeles workers leave the highest percentage of their total employer-provided vacation time unused: 35%. (By comparison, Boston workers forego only 16% of their vacation time.)

The survey of America’s 10 largest cities released last month by private destination club Inspirato found that in all cities, with the exception of Boston and Philadelphia, most employees let their vacation time go. San Francisco workers are the most hesitant to take all their earned vacation time. Sixty-nine percent of San Francisco workers have unused vacation time and, on average, leave 32 percent of their total vacation days on the table, second in forfeiture only to L.A.

The complete ranking of all 10 cities surveyed is based on the five-year average, 2008-2012, of the percentage of residents who have taken a vacation each year. The survey ran June 14-21, 2012 and collected information from 2,534 respondents 18 years or older in the cities noted.

Not surprisingly, according to the Wall Street Journal, there’s a lot of variation in who gets vacation days in the U.S., whether they use them or not. According to a Time Use Survey cited by the financial news organization, more educated workers were more likely to get time off: 71.6% of college-educated workers reported getting paid leave, versus 61.1% of those with only a high-school diploma and just 34.9% of high-school dropouts. Public employees (76.1%) are much more likely to get paid vacation time than their private-sector counterparts (56.8%). Younger workers are much less likely to get paid time off, but there’s relatively little variation once workers hit age 25.

There is also a disparity among industries. 73.2% of manufacturing workers get paid time off (versus just 38.5% of construction workers and 24.8% of leisure and hospitality workers). Wall Street can be generous: 79% of finance-industry employees get paid leave.

But paid or unpaid, Americans are finding ways to take their leave. More than 90% of workers got some kind of time off, as a paid benefit or unpaid time, in 2011, a figure that varies much less across categories.