What is there to do in Panama? While the world-famous Panama Canal may be known as Panama’s top tourist destination, travelers in the know are discovering the tremendous tropical beauty, incredible diversity of cultural attractions, fantastic beaches, and great variety of exciting adventure sports that only Panama can offer. It’s not a matter of what there is to see “other than the Canal.” Rather the key is to consider how much time a traveler has, what his/her interests are, and how much of the country he/she wishes to visit.

One benefit to visiting Panama is that it is small – about the size of the state of South Carolina – so that means travelers can cover a lot of ground in a short period of time. Although small, Panama is logistically complex. Renting a car is never recommended for safety and security reasons. This means Panama is very conducive to being sold in vacation packages to families, couples and retirees especially by knowledgeable travel agents.

Two weeks is ideal for discovering Panama, but 10 days works well for people with limited time. Many top destinations detailed below can be visited during that time frame.

Transit Tour of the Panama Canal

The most popular and impressive way to experience the Panama Canal is to take the Full Transit Tour. It takes about 12 hours and travels from ocean to ocean. The epic journey starts in the Pacific Ocean and heads northbound under the Bridge of Americas before transiting Miraflores Locks and then Pedro Miguel Locks. The vessel passes through famous Culebra Cut and across Gatun Lake, which was once the largest manmade lake in the world. This trip of a lifetime concludes by transiting Gatun Locks on the Atlantic side. Travelers are then bused back to the original departure point in Panama City. 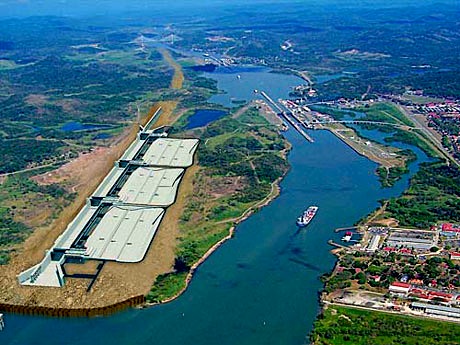 The Partial Transit Tour is much shorter at about 4.5 hours but still transits Miraflores and Pedro Miguel Locks. The tour goes in both directions – north to south or vice versa – depending on the day the tour is offered.

Precise planning is required to ensure availability since the Full Transit is only offered a couple of Saturdays each month and the Partial Transit is offered 2-3 times per week.

For Canal enthusiasts, and for those with limited time, the Miraflores Locks Visitors Center should not be missed. This massive four story museum impresses visitors by documenting the fascinating history of the construction and operation of the Canal through interactive displays, documentaries shown in a theatre, and a fourth floor observation deck where you can witness the oversized Panamax tankers squeeze through the outdated locks.

Where to Go in Panama City

It would be a mistake to dismiss Panama City as “just another capital city” with the intention of bypassing it completely. It is truly a fascinating place with hundreds of years of history captured within the ruins of the original city and the cobblestone streets of colonial Casco Antiguo, which has been compared to Cartagena but with significantly fewer tourists roaming the streets.

It is also possible to take day tours from Panama City and have such adventures as white water rafting, a zip line touring, the explorations on the Chagres River, local encounters the Embera Indigenous Community, and hiking and birdwatching in the rainforest.

The ruins of Panama City – Panama la Vieja – have been designated as a UNESCO World Heritage Site and preserves stories in the remains of the original city that was torched by the Pirate Henry Morgan in 1671. It’s an expansive area offering the opportunity to explore the grounds and even climb the Cathedral Tower that brings spectacular views of Panama City, Panama Bay, and the mountains in the distance. It’s also located in an area that attracts an abundance of bird species for great bird watching – a fun fringe benefit of a visit to the ruins of Panama la Vieja. An old outdoor market there offers one of the best selections for handcrafts, all handmade by the artisans themselves.

Also declared a UNESCO World Heritage Site, nearby Casco Antiguo is the present day colonial area of Panama City and is where Panama City was rebuilt only a few miles from the ruins of the original city. With the mammoth restoration currently underway, it’s quite a juxtaposition, literally, between old and new. Decrepit old buildings have transformed into sidewalk cafés, fashionable restaurants, elegant bars and quaint art galleries as the district is fast becoming one of the most fashionable districts of Panama City. Interspersed throughout the restored areas are beautiful historic plazas, the Church of the Golden Altar, and other churches built in the 17th century.

Once one of the most important ports in the Spanish empire, today Portobelo is a sleepy little bayside town on the Caribbean side of Panama that is full of colonial history that immerses visitors in times long past. The ruins of Castillo Santiago de la Gloria date back to 1753 and during a stretch of 150 years, the fort was built, destroyed, rebuilt, and continually renovated.

Most visitors target the town of Portobelo in order to visit the famous Church and Museum of the Black Christ. It’s fame comes from the Black Christ, which is a larger than life-sized effigy of the Nazarene of Portobelo. Every year on October 21, the Festival of the Black Christ draws thousands to the streets and to the Iglesia de San Felipe — some on foot and some crawling — to pay penance.

The best way to visit Portobelo is not on knees, however. Rather, a guided day tour from Panama City will feature an early morning train ride on the Historic Panama Railway that includes a visit to Gatun Locks Visitors Center and the Panama Canal Expansion Project Visitors Center and then offer lunch at a Caribbean style restaurant in Portobelo.

Picturesque Soberania National Park – and all of its 48,287 pristine acres of tropical rainforest that extend along the eastern shore of the Panama Canal – is a vast natural wonderland only 40 minutes from Panama City. In fact, Soberania National Park is truly one of the most biodiverse national parks in the world and one of the few within such close proximity to a capital city. 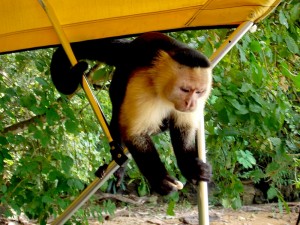 Large, majestic kapok trees soar to heights of 100 feet. More than 1,300 plants have been identified and the huge variety of fauna includes 105 species of mammals, 525 of birds, 79 of reptiles and 55 of amphibians. The best way to explore the park is on foot by hiking one of the four hiking trails, including the famous Pipeline Road, which at one time held the record for the most number of bird species identified in 24 hours.

The Gamboa Rainforest Resort brings a spectacular setting at the Soberania National Park where the Chagres River meets the Panama Canal. Its unique natural location allows visitors and day travelers from Panama City to explore the jungle through a variety of tours such as hiking, fishing, kayaking, wildlife tours by boat on Lake Gatun, and even an Aerial Tram that takes visitors up through the canopy to an observation tower with amazing views of the Panama Canal below.

Discovering Boquete and the Western Highlands of Panama

The western highlands of Panama that border Costa Rica brings an area often referred to as the Switzerland of Panama due to the beautiful mountain scenery that dominates the region. The locale is ground zero for exhilarating adventure activities such as Class III-IV white water rafting, Canopy Adventure Zip Line Tours, and some of the best hiking found in Central America. This includes Los Quetzales Trail, a defined trail leading to the 11,500 summit of dormant Baru Volcano with stunning views of two oceans at once. In addition, a plethora of hiking trails line Baru National Park and La Amistad International Park, the latter of which is shared with neighboring Costa Rica.

One of Panama’s many best-kept secrets is that some of the world’s best coffee is produced in these picturesque mountains anchored by a small and precious mountain town called Boquete. A coffee tour is a must for coffee connoisseurs and visitors can even stay at a beautiful working coffee farm where the coffee is grown and produced.

With incredible diversity of places to see and things to do, Panama it is the perfect destination for both novice and seasoned international travelers. Its currency if the U.S. Dollar and English is widely spoken. Panamanians are extremely friendly to Americans. Some visitors come for vacation and wind up staying for a lifetime.

Scott Ludlum has been traveling to Panama for 22+ years and is the Founder and President of Panama Travel Consultants. Scott can be reached by email at: [email protected]