Going  on a cruise vacation may be a heavenly way to travel. But going on a cruise with like-minded souls and immersing in the deep experience of a favorite interest while traveling to far off places on the high seas…. well, that is close to sublime.

On theme cruises you travel with myriad passengers dedicated to similar interests, exploring passions while also enjoying all the other virtues of cruising – with the cruise fare covering accommodations, food, activities and entertainment. Of course, the big bonus only having to unpack once to see several popular destinations. Going on a cruise with a “theme” just makes a great experience that much better.

Cruise lines offer a wide variety of theme sailings to fit many tastes and preferences, with special activities and theme-focused experts on board to keep you well-entertained.

On Carnival Cruise Line guests catch musical performances by top music or comedy stars. The Carnival LIVE! series on select sailings has featured Journey, Gladys Knight, Nick Jonas, country music stars such as Little Big Town, Carrie Underwood and Tim McGraw, and comics such as Jay Leno. New this year: Tickets to the show are included in the cruise fare.

BBC Earth has become a popular feature on Holland America Line ships. BBC Earth Theme Cruises boost the action by providing guests the opportunity to mingle with the producers, presenters, filmmakers and photographers who create the spectacular BBC Earth documentaries. At presentations and master classes, learn the inside stories about making the films. Upcoming sailings are a seven-day Norse Legends cruise in the Norwegian Fjords in June and a seven-day Explore Alaska cruise in August. 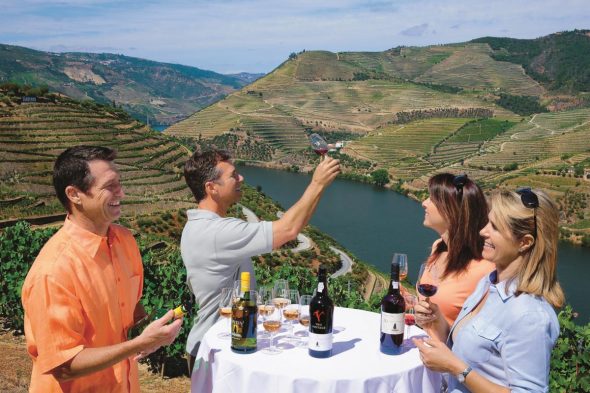 On P&O Cruises Food Heroes voyages, British culinary luminaries come on board to share their skills and insight. Marco Pierre White, the legendary godfather of British cooking, and a culinary consultant with P&O Cruises, will join six sailings this summer. Other top chefs appearing include Atul Kochhar, who operates the Indian fine dining specialty restaurant Sindhu on six of the line’s ships, and master pâtissier Eric Lanlard, who created a special afternoon tea for the cruise line.

German line AIDA Cruises’ celebrity chef partner, Tim Mälzer, has created special culinary experiences including cooking classes for adults and kids. Guests will have an opportunity to meet him on board the AIDAprima in June or the AIDAperla in October.

On Holland America Line ships, cooking classes and demonstrations are presented with America’s Test Kitchen. America’s Test Kitchen Feature Cruises boost the foodie focus; guest experts from the TV show and authors and editors from Cook’s Illustrated and Cook’s Country magazines on board to share the latest recipes and techniques, lead Q&A sessions and do book signings. Upcoming sailings visit Alaska in May, Scandinavia and Iceland in July, and Canada and New England in September.

Holland America Line’s Culinary Council Aficionado series of cruises feature members of the line’s prestigious chef advisory panel conducting cooking demonstrations, having their dishes featured on menus and hosting two “chef tables” one evening. Chocolate lovers will want to get onboard with renowned chocolatier Jacques Torres, who will be sailing on a seven-day Alaska cruise in June and a 14-day Cuba sailing in August.

The ultra-luxury small ships of Seabourn feature optional body and spirit activities designed by renowned wellness expert Dr. Andrew Weill. Spa & Wellness Voyages with Dr. Andrew Weill focus on healthy living. The doctor will be on board, along with a handpicked team of experts in the fields of integrative medicine, enlightened nutrition, emotional balance and mindful living, for an Alaska sailing in June and a Greece and Italy sailing in October.

Thanks to its partnership with O, The Oprah Magazine, Holland America Line ships provide engaging wellness and personal growth activities including book clubs on some 300 North America cruises. O, The Oprah Magazine Adventure of Your Life Cruises add thought leaders and visionaries from the SuperSoul 100 to further inspire guests. There’s an O magazine sailing in Alaska in August and in the Eastern Caribbean in October.

The second annual Transatlantic Fashion Week on the luxurious Cunard flagship Queen Mary 2 in September draws fashionistas from both sides of the Atlantic. During the one-week sailing from Southampton in the United Kingdom, to New York, guests will experience a glamorous array of catwalk shows, fashion presentations, photography exhibitions, styling and fashion illustration workshops and more.

The jokes fly on P&O Cruises Australia’s Pacific Explorer during The Big Laugh Comedy Festival cruise, departing Sydney on June 20. More than 14 comedians will perform three dozen shows in four days. Dave Hughes will headline. This month, the Pacific Dawn offers a three-night Comedy Cruise, featuring some of Australia’s best comedians for up close and personal chats and Comedy Workshops.

Italian line Costa Cruises hosts Comedy Voyages featuring Italian comedians and a wide selection of workshops, seminars and performances. The next comedy cruise is on the Costa Mediterranea in the Mediterranean in October.

P&O Cruises’ Strictly Come Dancing cruises in April, May, June or July bring on the moves. Performances from professional dancers from the popular BBC show, Q&A sessions and opportunity to meet the stars – including judge Craig Revel Horwood. New this year is the availability of one-on-one dance lessons with the show’s dancers, plus a dancer-hosted exclusive dinner. Then there’s the highlight: a passenger dance competition, complete with judging panel.

Passengers learn from professional photographers while exploring the Norwegian fjords on Cunard’s Queen Elizabeth in July. Specialists in landscape and wildlife photography will offer tips, whether the goal is to capture an image by smartphone or master macro on a DSLR. Among those sailing will be Paul Ward, who created the architectural photos featured in the recently re-mastered staterooms on the Queen Mary 2; Sir Malcolm MacGregor, one of Scotland’s leading landscape photographers; and multi award-winning photographer Ross Hoddinott.

For the second year, Cunard is hosting a transatlantic crossing with the Greatest Generations Foundation, bringing a group of World War II veterans on board to talk about their combat experiences. On the July 20 sailing from New York to Southampton, guests will have opportunities to hear first-hand accounts of D-Day, The Battle of the Bulge, Pearl Harbor, the Miracle at Midway, The Battle for Iwo Jima, Okinawa and The Last Epic Struggle of World War II.

For tennis fans, P&O Cruises Australia features the Australian Open on a five-night cruise in January 2019. Fares for the sailing on the Pacific Eden from Sydney include a two-day ticket to the Grand Slam tennis event (upgrades to the Rod Laver Arena or Margaret Court Arena are available for an additional fee). Q&As and photo opportunities with tennis pros, and tennis-themed events take place on board, with live matches shown on the ship’s giant poolside screen. The line similarly offers Melbourne Cup (horseracing) and State of Origin (Australian Rugby League) sailings.

The FIFA World Cup 2018 is the theme of three World Champion sailings on AIDA Cruises’ AIDAstella. Onboard the June 17, June 28 and July 8 cruises in the Mediterranean will be Dr. Pedro Gonzalez, the football trainer of the German Football Association. He has coached world champions including André Schürrle, Toni Kroos and Thomas Müller.

For those seeking insight into their family history, the Journey of Genealogy with Ancestry.com cruise from Southampton to New York on the Queen Mary 2, embarking November 4, features specialists such as Jennifer Utley, director of research for Ancestry, and Simon Pearce, whose work at Ancestry ProGenealogists has helped many families discover and understand their ancestors’ military pasts.

Award-winning wine expert, British TV presenter, foodie and writer Olly Smith, who created The Glass House wine bar on P&O Cruises ships, will be on board to share his expertise on three cruises in May, September and November. Smith has also created an excursion in Madeira that includes an exclusive wine lodge and vineyard tour at Blandy’s, with access to the Blandy family’s private Madeira collection. 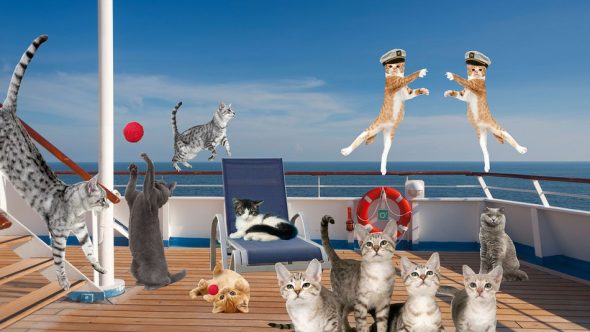 Nixing the Excuse for Not Taking a Cruise