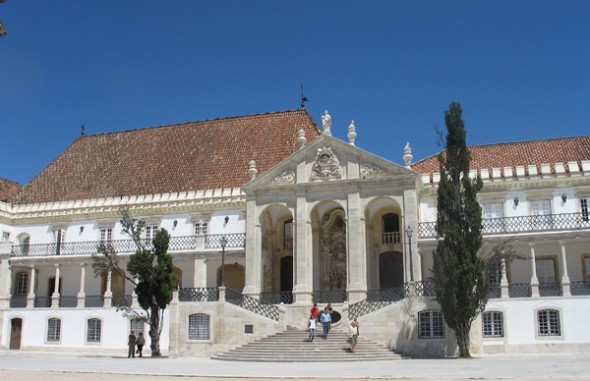 Portugal is full of surprises. Among them: assorted “hidden” communities of Jews, unusual confection creations called ovos moles, and the oldest university in Europe.

That university — established in 1290 — is in Coimbra, an ancient city on the banks of the River Mondego that was the capital of Portugal in the High Middle Ages. Tourists are attracted by the intricately detailed Manueline doorway of the University Chapel and the sumptuous University Library. On its gilded shelves are some 250,000 books on civil and canon law, theology and philosophy, dating from the 12th to the 19th centuries.

These days, it’s obvious that the 20,000 students (many from abroad) drive the economy in Coimbra. If you linger in the evening near the Old Cathedral, you can hear students sing Coimbra-style fado on the cathedral steps. (Fado is a distinctly Portuguese musical genre focusing on melancholy and loss.)

Despite its youthful vibe, this is an ancient town, founded by the Romans who called it Aeminium. Afonso Henriques, the first king of Portugal was buried at the Santa Cruz Monastery in Coimbra in 1185. St. Anthony of Padua studied at the same monastery in the early 1200s. 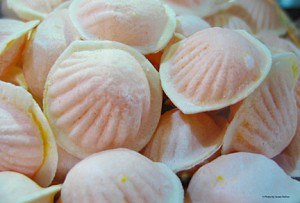 As every student – and tourist – needs to eat, the must-try here is the Ovos mole – a sweet treat you might not find outside Portugal. In fact, it’s rare to find these sweets outside the city of Aviero where they’re said to originate — although, truthfully, the origins are murky. The most popular legend is that a use had to be devised for all the yolks left over when just the egg whites were used to filter wine and “starch” the white wimples worn by Roman Catholic nuns.

Whatever the origin, they’re sinfully satisfying and deceptively simple to make. Egg yolks and sugar are heated and whisked together and cooled; then a dollop is encased in the same wheat and water product sold as communion wafers — because they were first made in an Aviero convent by nuns who also made wafers for the Catholic Mass.

Usually, the containers (slightly bigger than a walnut) are shaped like seashells (Aviero is on the coast) or miniature wooden barrels. Needless to say, their shelf life is short. It’s best to eat ’em the same day you buy ’em. 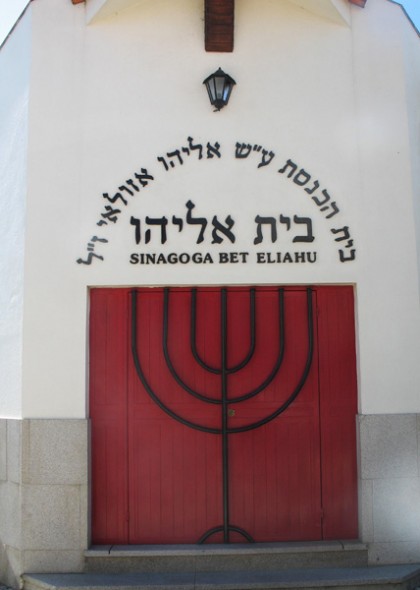 The story of the Jews in Portugal has many twists and turns. They first came to the region as early as the sixth century BCE, and Jewish communities prospered under Muslim rule. Once the Iberian Peninsula was reconquered by Ferdinand and Isabella (the “most Catholic of kings”) in 1492, things changed. At first, the Jews that were expelled from Spain resettled in Portugal, but by 1497, they were banned in Portugal as well. Some converted to Christianity, some left the country for friendlier lands across the seas, and others hid their religious identity.

One place Judaism survived behind closed doors was in Belmonte, a small town in the mountains of northeastern Portugal that had received its royal charter 1199. These “New Christians” (sometimes called Marranos) kept as many of their Jewish traditions as they dared. It was easier to practice a banned religion in secret when one lived hidden away in a mountainous region.

It wasn’t until well after the Portuguese revolution in the mid-1970s that Jews felt safe enough to resume public practice of their religion in the open. Portugal’s first new synagogue in 70 years was dedicated in Belmonte in 1997. The Jewish Museum of Belmonte opened in 2005 and draws tourists from throughout the world.

Ode to Olive Oil in Portugal

Another site to visit in Belmonte is the Museu do Azeite — Olive Oil Museum. Small producers would bring their olives to the municipal press in order to press them for olive oil — like farmers used to take their grain to the local mill and go home with flour.

This facility, first put into operation in the 1800s, continued to be used until 1995. Now the building houses a museum to show not only how olive oil is made, but to explicate its importance to the local economy.

Olives were placed in a drum (big enough for about 880 to 1100 pounds of the fruit). Then, a grinder (connected to a steam engine) churned them into a pulp that was mixed with water and heated by a boiler. After churning, the pulp was layered between round wicker mats called seiras and pressed. The liquid was collected, then transferred to a vertical drum that spun at high speed, separating the olive oil, water and impurities by centrifugal force.

Of course there are European-standard hotels everywhere in Portugal, but there’s also a unique type of accommodation, the pousada. The brainchild of a government official in the late 1940s who was also a poet and a playwright, these are intended to be “hotels that don’t look like hotels” — places to experience the uniqueness of Portugal first-hand. Not purpose-built, they’re mostly renovated historic buildings.